Menu
Follow us
Search
Menu
Search
KANDAHAR, AFGHANISTAN - NOVEMBER 11: British troops walk between accommodation blocks at Kandahar airfield on November 11, 2014 in Kandahar, Afghanistan. Now that British combat operations have ended and the last UK base in Afghanistan had been handed over to the control of Afghan security forces, any remaining troops are leaving the country via Kandahar. As the drawdown of the US-led coalition troops heads into its final stages, many parts of Kandahar airfield - once home to tens of thousands of soldiers and contractors - are being closed or handed over to the Afghans. (Photo by Matt Cardy/Getty Images)

An Afghan soldier opened fire Sunday inside a base in the southern Helmand province, wounding three U.S. soldiers before being shot dead.

Several U.S. troops have been killed in Afghanistan in recent years in so-called insider attacks carried out by Afghan police or soldiers. In October, an Afghan man in a military uniform shot dead a U.S. soldier and an American civilian contractor inside a military base in Kabul before being killed.

Elsewhere in Afghanistan, Taliban insurgents attacked a district headquarters in the Kandahar province using a suicide car bomb, said Samim Khpolwak, a spokesman for the governor. He declined to say how many people were killed or wounded.

A security official, who spoke on condition of anonymity because he was not authorized to release information, said six police were killed and five others were wounded in the assault, which was claimed by the Taliban.

In the southern Zabul province, an army operation killed 13 Taliban members and wounded 11 others, said Gen. Sadiqullah Saberi. He said two Afghan soldiers were killed and three others were wounded by a roadside bomb during the operation. 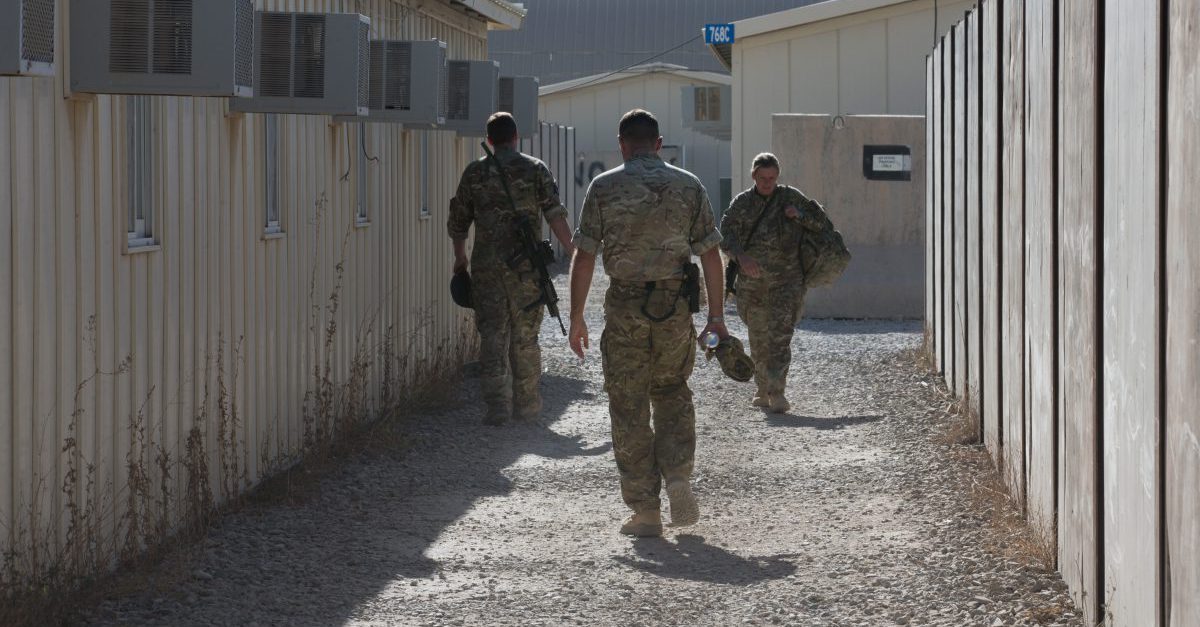