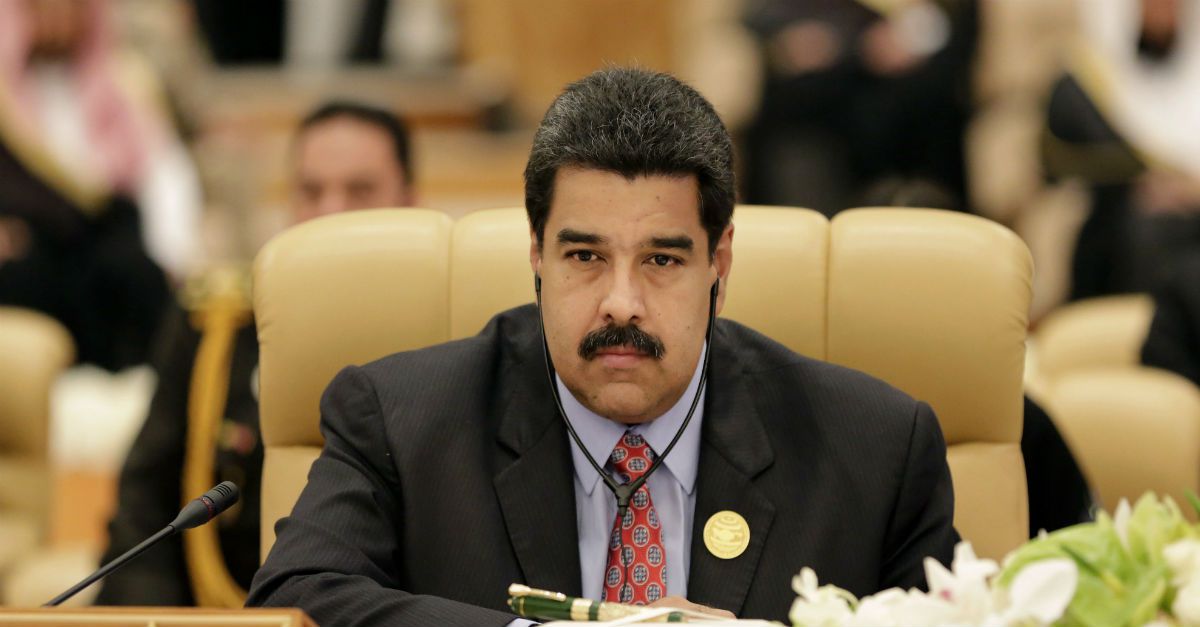 Chavismo, the unique flavor of socialism that traces back to Hugo Chavez, has backfired horribly on Venezuela. Inflation there spiked by an incredible 800 percent last year while the economy contracted 18.6 percent. Paucities of basic items like bread, butter, bottled water and toilet paper have yielded supermarket lines that snake around blocks and such absurdities as Venezuelans flying to the United States to buy toiletries. Out of the country’s hospitals come painful stories of power outages, filthy conditions and dying newborns, all wrought by severe shortages of basic supplies.

The curtain is thus falling on Venezuela’s experiment with socialism, once the pride of the Latin American left as lucrative oil revenues allowed for generous handouts and an expansive public sector. The only question is how Chavismo chooses to go. The president, Nicolás Maduro, a former bus driver and cold fish of a politician who lacks Chavez’s energy, is wildly unpopular, which last year compelled Venezuelan voters to take the unprecedented step of tossing the socialists out of control of the elected National Assembly (Venezuela’s legislative branch) and handing a supermajority to an opposition coalition called the Democratic Unity Roundtable (MUD).

The MUD supports some privatization and economic liberalization measures, but most of its parties are still left-of-center. That meant there should have been an opportunity for partnership. Had Maduro softened his stance, had the assembly been able to pump the brakes on his worst impulses, had they collaborated and compromised to work on the economy, the depression in Venezuela might have at least been eased. Instead, the Supreme Court, stacked with Maduro toadies, declared judicial war on the MUD, stripping it of its supermajority, canceling its release of certain political prisoners and blocking its economic reforms, issuing in total more than 50 rulings against the assembly.

RELATED: Venezuela’s socialist government is pretending to save Christmas by stealing toys and arresting toymakers

Then, on Wednesday night, the court took its most shocking step yet: it essentially abolished the assembly, usurped its powers, and reserved for itself the right to transfer them to another authority, meaning, quite possibly, Maduro himself. Its rationale was that the MUD had tried to seat three legislators whose elections were allegedly tainted by fraud, but it could have been anything: tyrannical rule needs only the flimsiest of excuses. Venezuela, once emphatically touted as a redoubt of democratic socialism, has now been plunged into the shadow of one-man rule, with the will of the people extinguished, likely for good.

The result was fury and protest, though perhaps not surprise—Venezuelans had become accustomed to the MUD’s impotence against Maduro. Still, the gumption is something to behold. In America, left-wing judges like to pretend that they’re legislators; in Venezuela, they’ve gone and made themselves the genuine article. The president of the assembly, Julio Borges, is now actively exhorting the military to mount a coup: “We know that FAN officers are also going through drama caused by the high cost of life,” he said. “We want to make a call on them to be the first guardians of democracy and the Venezuelan Constitution and that they become part of the solution.”

RELATED: By doing the exact opposite of Venezuela, this South American country is flourishing

Whether they’ll answer his call cannot be known, but what is beyond question is that right now Venezuela is a pressure cooker stocked with all the ingredients for violent revolution. People are hungry, desperate and suffering. The scant control they had over their government has been pinched away from them. The tyrant-in-waiting is widely detested. In better times, Venezuela’s ruling class bought itself favor with grand welfare programs funded by overflowing petro coffers, similar to how the Saudi monarchy survives; with oil prices having bottomed out, that’s no longer possible. Maduro postures and shadowboxes the United States, but his actual solutions, doubling down on what’s wrecked Venezuela in the first place, have predictably failed to ameliorate the misery.

The socialist veil has thus been plucked from Caracas, showing just how vulnerable its supposedly cutting-edge system really is. A certain breed of dimwitted granola-munching American leftist is in mourning today and his ideology is unlikely to be the only casualty. John F. Kennedy said: “Those who make peaceful revolution impossible will make violent revolution inevitable.” With frantic Venezuelans now unable to peacefully rebel through their elected assembly, the regime may soon find that something bloodier is in store.