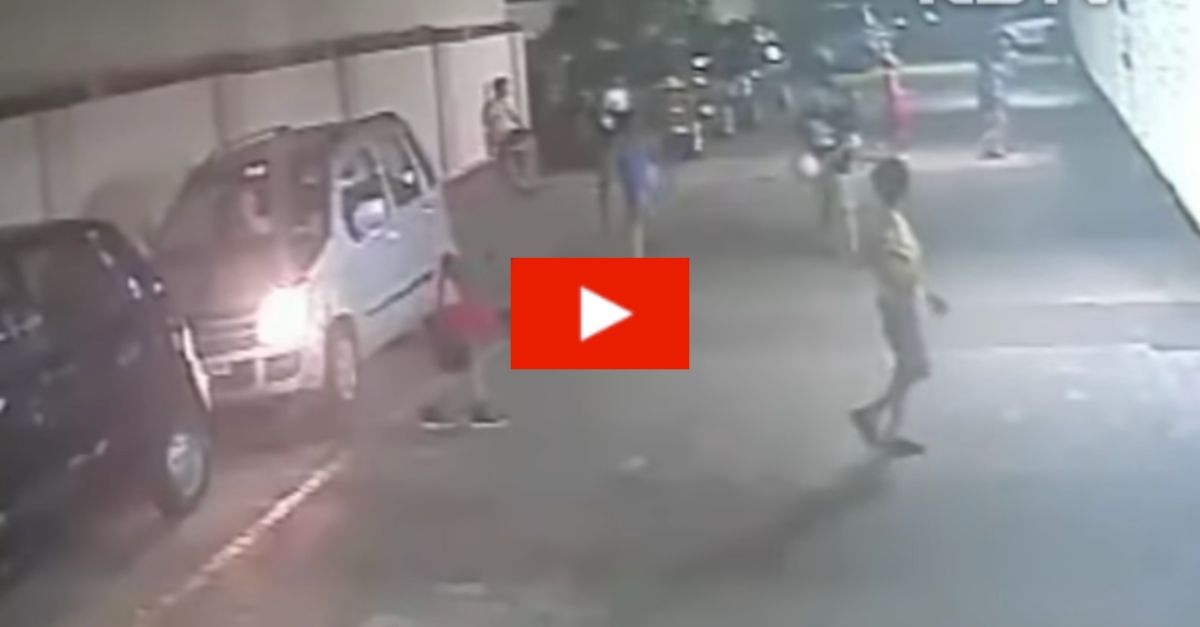 Somebody get this kid a lottery ticket or something because he is the luckiest person on the planet! A terrifying video is going viral after footage was captured of an eight-year-old boy being ran over in Goregaon, a suburb city of Mumbai in India. The boy is seen playing soccer on the street with friends near a row of parked cars and bending down to tie his shoelaces in front of a van’s blind spot. CCTV footage shows a woman driver entering a van and backing up out of her parking space, without realizing, in negligent driving, that the boy was on the floor as she proceeds to go forward.

The Mumbai boy was in the driver’s blind spot, and her car runs over the startled boy, speeding her way through. The boy is seen rolling under the vehicle on his back, showing up on the other side, in his miraculous escape unharmed, and immediately getting up to run to his friends to continue playing.

What shocked me the most out of this whole incident was the fact that NOBODY seemed to noticed what happened. But, minutes later, the boy is seen crouching down on the floor in pain, after what only can be described as the adrenaline leaving his body. The other boys gather around the eight-year-old boy, and he’s scooped up by an older boy into his arms and carried off.

The video was later shared by an owner of the CCTV to warn parents of the danger of children playing on the street unattended. The video was trending on several social media platforms, where many were blaming the callous driver for failing to check her surroundings as her car drove off. The video was dated in September 24, 2018, and was installed at the housing society, Sadguru Complex, in Ghatkopar. The high ground clearance on the vehicle is believed to be the reason for the boy’s miraculous escape.

Editor’s note: This article was originally published on March 27, 2019.