Vladimir Putin just shared his thoughts on Kim Jong-un as a leader, and it doesn’t sound good 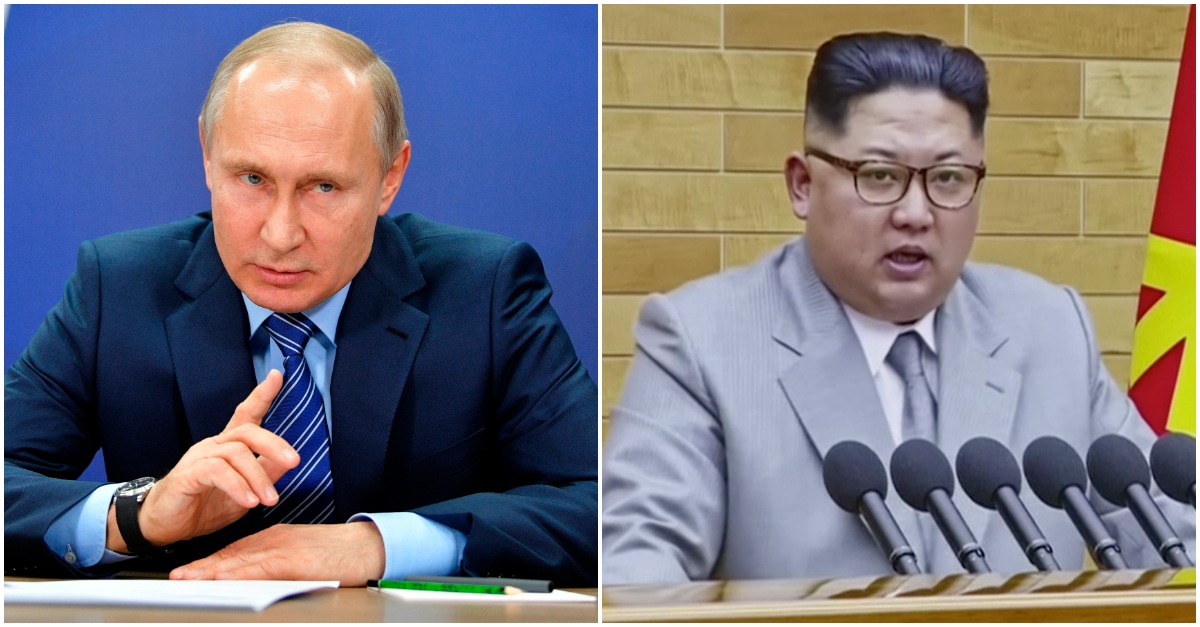 On Thursday, Russian President Vladimir Putin took the opportunity to speak with local media and made a few key statements — the most interesting of which was his remark defending Kim Jong-un.

Putin told the crowd that Kim “is an absolutely competent and already mature politician” adding that the North Korean leader “has solved his strategic task; he has a nuclear warhead and a global-range missile.” He also claimed that Kim is “cleaning up the situation, smoothing it, calming it,” per a report from the Associated Press.

Initially, the geopolitical ramifications of Putin’s statements is unclear but Trump has praised the Russian leader on a handful of occasions. On December of 2016, he called Putin “very smart” and a few months later in an interview with Bill O’Reilly, Trump said “I do respect [Putin].” At the same time, Trump has repeatedly blasted Kim Jong-un as tensions escalate with the hermit kingdom. He has also criticized China for supporting North Korea and urged them to increase sanctions on the nation.

In April, the Kremlin sent troops to the border of Russia and North Korea as fears rose that Washington may attack Kim Jong-un, the Daily Mail reported. Then in October, the Kremlin provided economic support to North Korea and Russian diplomats told Reuters that they are opposed to “Washington’s meddling in other countries’ affairs.”

North Korea has continued to escalate the rhetoric with Trump — Kim bragged about his “nuclear button” on New Year’s Day and earned a searing response from the White House.