When American wrestlers faced off against Iran, there was a very surprising reaction from the crowd 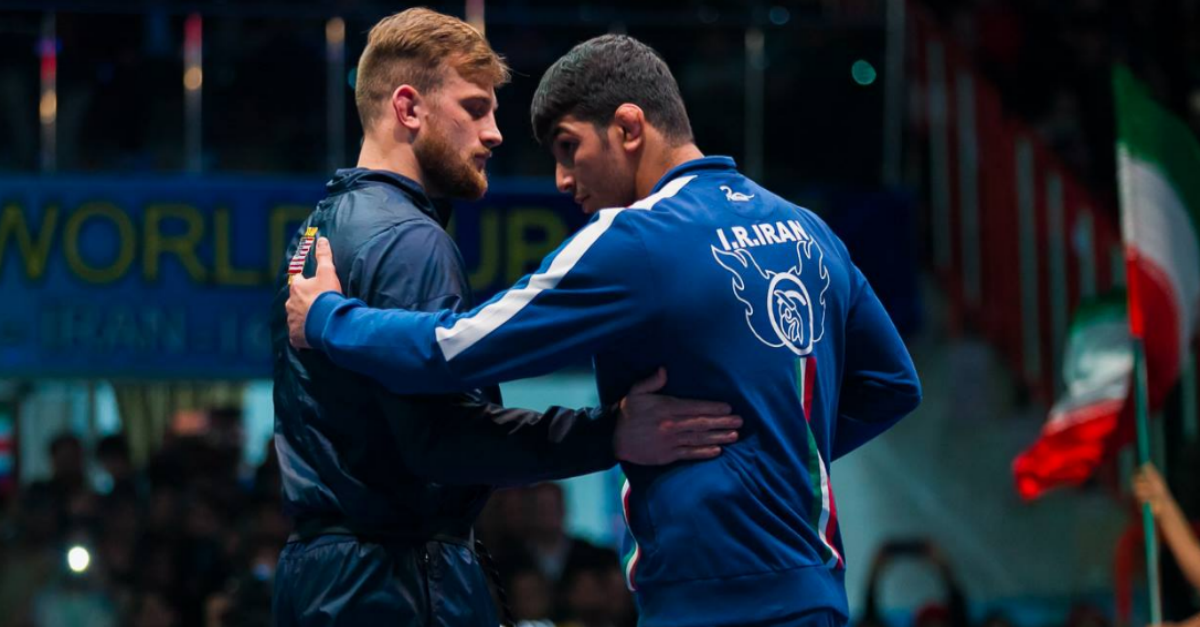 On Friday morning, as most Americans were waking up and getting ready for work, the United States freestyle wrestling team was battling for a gold medal in the World Cup, held in Kermanshah, Iran. The World Cup is the second biggest event of the year for wrestlers competing on the international circuit, and this year’s event was marred by diplomatic hurdles for the American competitors. On the day that the team was scheduled to fly into the middle eastern nation, the Iranian government announced that they were going to deny the athlete’s visas in response to Donald Trump’s so-called “Muslim ban.”

RELATED: Iran celebrates the 1979 Islamic Revolution and steps on some American flags in the process

The worldwide wrestling community jumped into action to reverse the decision from Tehran–the American and Iranian squads are two of the strongest in the world. U.S. wrestling coach Bill Zadick told CNN that “the Iranian Wrestling Federation lobbied on our behalf and I think their government as well looked at it as an opportunity to show their graciousness and their respect for the sport of wrestling.” The head of the Iranian wrestling federation told CNN that “a World Cup without the Americans would not have been a real World Cup.” While the American and Iranian governments have had strained relations, the wrestling communities in the countries have enjoyed a friendly, yet competitive relationship.

Thank you to the wonderful fans in Iran for cheering on our guys throughout the tournament & being spectacular hosts! 🇺🇸❤️🇮🇷 #WorldCup2017 pic.twitter.com/mIshRQ6obC

RELATED: President Trump might not like what Iran’s leader had to say about his entrance onto the world stage

Unsurprisingly, Iran and the United States met in the final match. However, what was surprising was the support that the American wrestlers enjoyed from the Iranian crowd. In Iran, like many Middle Eastern nations, wrestling is the national sport and wrestlers are heralded as celebrities. As the athletes were introduced, the Iranian crowd chanted “Jordan, Jordan”–celebrating American wrestler Jordan Burroughs who claimed a gold medal in the 2012 Olympics.

As he entered the arena for Thursday’s matches, Burroughs was greeted by ecstatic fans, reaching over the barricades to snap pictures.

The Iranian team ended up edging out a victory over their American counterparts by a 16-13 margin; however, the day was not a complete loss as Penn State all-star David Taylor managed to pin defending Olympic champion Hassan Yazdanicharati. This was Iran’s sixth straight World Cup title, the last time that the United States won the event was in 2003.