Poop, KFC, & Red Underwear Are Part Of 10 Of The World’s Weirdest Christmas Traditions 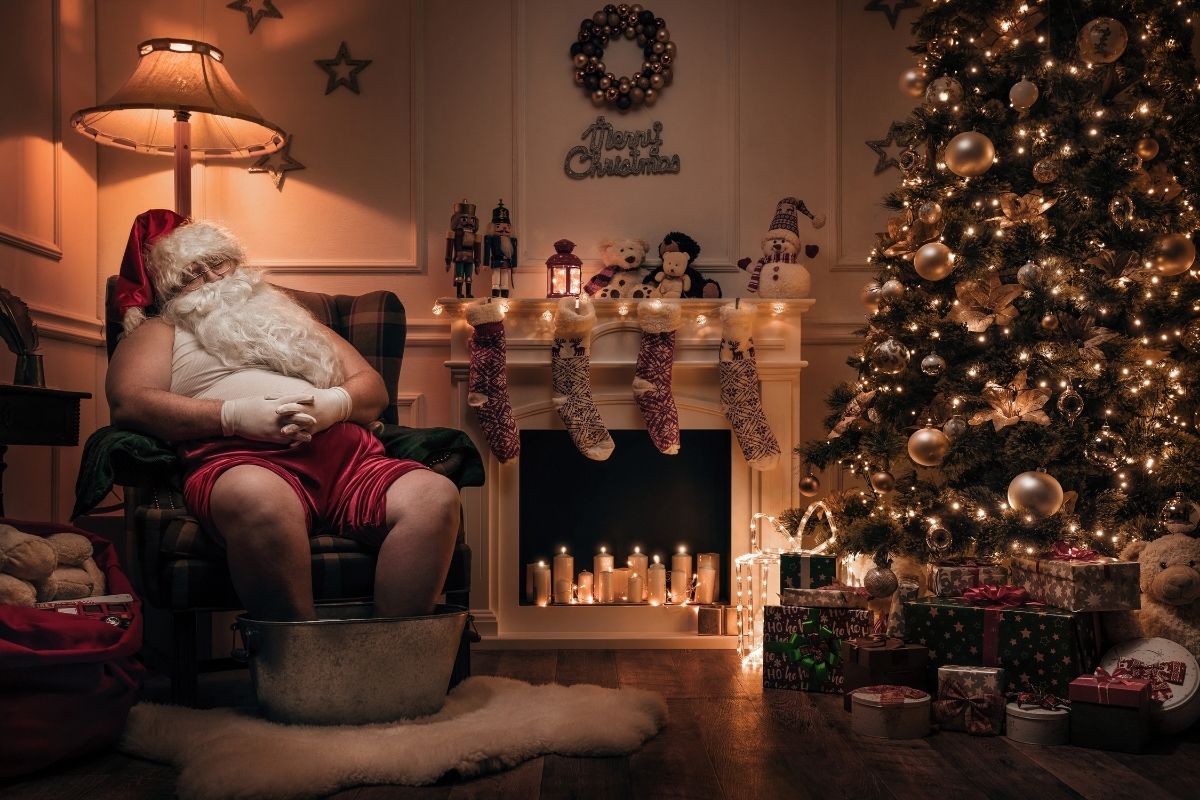 We all have Christmas traditions that we follow or definitely know of that define the Christmas season. Christmas celebrations consisting of Christmas dinners and baubles and ornaments that decorate Christmas trees are just a couple of the most obvious ones, but who knew that warding off evil spirits and pooping for good luck would actually play a huge part of the holiday season?! Well, they do, and here are 10 of some of the weirdest Christmas traditions we’ve seen throughout the entire world.

Apparently, KFC (Kentucky Fried Chicken) is a massive hit in Japan on Christmas Day. Because of tiny Japanese ovens and clever marketing campaigns, locals are convinced that fried chicken is a traditional American Yuletide feast, thus resulting in having to make reservations to eat at KFC on Christmas Day. Leading up to Christmas Day, Colonel Sanders statues actually stand outside Japanese KFCs decked out in Santa gear, and the chicken is actually served in special holiday packaging. Demand is also so high, that an online service was created so that you can order your Christmas Family Bucket in advance and even have it delivered.

The week before Christmas, Venezuelans attend a daily early morning mass called Misa de Aguinaldo. However, in the capital of Caracas, things are a little different. It’s tradition to travel to church on roller skates. Yes, roller skates. It’s such a traditional practice that many roads in the capital are closed until 8:00 am so that everyone can make mass safely.

In Austria, good ol’ St. Nicholas actually has an evil partner known as the Krampus. The Krampus is a demon-like creature that punishes all the bad children before Christmas to make he and Santa Claus just like yin and yang. So men of Austria dress in devil costumes and roam the streets, carrying chains and a basket made for taking bad children to hell. Well, that’s definitely one way to keep your kids good all year.

In this bizarre tradition, Catalonians create some sort of character out of a log. They draw a face on it and give it a hat, spending the next two weeks “feeding” it fruit, nuts, and sweets. Then, on Christmas Eve, they beat the log with sticks while singing a traditional song that literally translates into, “if you don’t crap well, i’ll beat you with a stick,” until the log “poops” out all the treats. They also decorate their nativity scenes with ceramic caganers (figurines) that are pooping. The figurines are well-known, highlight characters from that year’s biggest news, with their pants around their ankles. This tradition is called caga tió or “defecating log.”

In the United States, if people are putting up artificial spider webs and spiders on trees, then it’s probably Halloween. But in Ukraine, they put artificial spiders and spider webs in their Christmas trees. The Ukrainian tradition stems from an old tale of a poor woman who couldn’t afford to decorate her Christmas tree, but awoke on Christmas morning to discover that a spider had covered her tree in a beautiful, sparking web.

Consoda is the tradition Christmas feast in Portugal, and families set extra dining places at the dining table for their deceased relatives. Doing so is believed to bring good fortune to the household, and in some areas, crumbs are even left on the hearth. So, you’re not only feeding your live relatives, but your dead ones as well.

In failing to prove Santa’s existence, the Vatican decided to throw their Christmas tradition on the weight of something they actually deal with: La Befana. La Befana is an old witch who delivers presents to kids in Italy. Her story goes that the three wise men did in fact invite her to go visit Jesus but apparently, she was too busy when Jesus was born.

For all my single ladies out here, this one is up your alley. On Christmas Eve, unmarried Czech women stand with their backs to the door and toss one of their shoes over their shoulders. According to Wanderlust, “If it lands with the toe facing the door, it means that they’ll be married within the year. If it lands with the heel facing the door,” then that means they face another year of single-dom. Not that that’s necessarily a bad thing, okay?

On the night of December 5th, children leave a boot or shoe outside of their bedroom door. If they’ve been good all year, they’ll wake up to finding sweets in their shoes. If they haven’t, they will only find branches. I figure the trick here is to keep a pair of shoes unworn, so it’s not as disgusting as it could be.

Now this might not be a Christmas- specific tradition, but it’s something definitely fun to celebrate New Years. It’s tradition to wear red underwear on New Year’s Eve in Spain, so talk about starting the year in a spicy way. In La Font de la Figuera, a small Spanish town, they actually have a New Year’s Eve run where the runners wear just red underwear. Funnily enough, that town actually has the highest cases of pneumonia in the entire country.

The only reason why these traditions seem weird is because they aren’t the same ones we celebrate in the United States. Nevertheless, the great thing about Christmas traditions is that no matter what it is you’re doing to celebrate the holiday season, you’re spending it with people you love. And that’s the true spirit of Christmas.

Watch: Reindeer Poop Is the Ultimate Gag Gift for Kids