As long as NFL players “take a knee,” this retired Navy officer is taking a stand 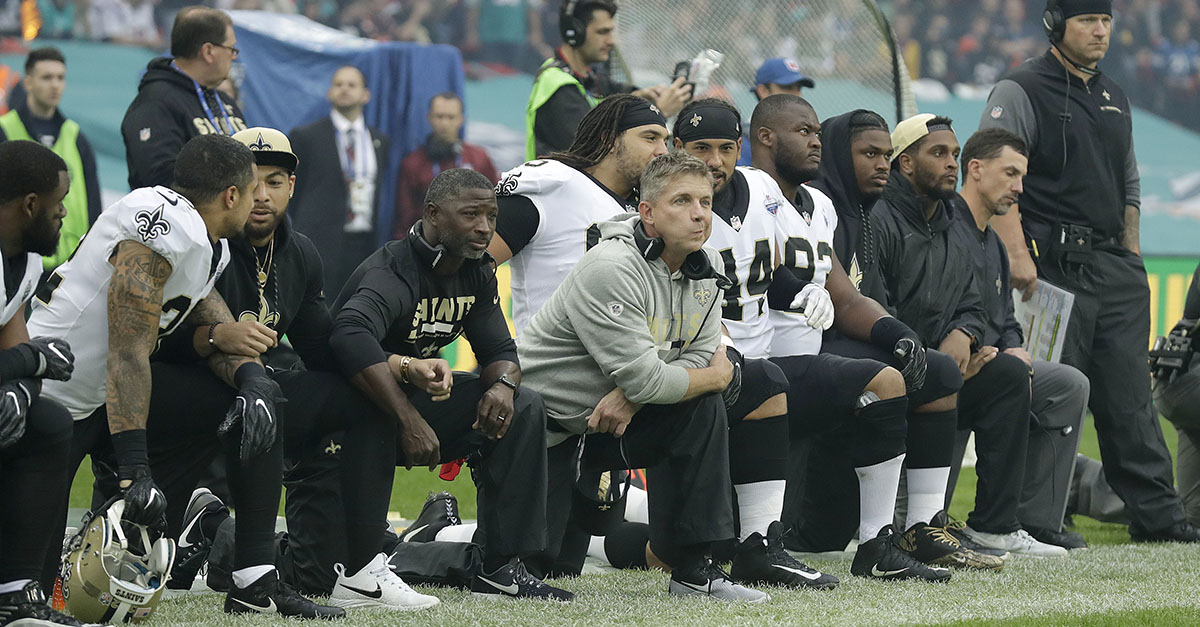 A retired U.S. Navy officer said he declined an award from the New Orleans Saints because of NFL players protesting the national anthem by taking a knee, WDSU reported.

Cmdr. John Wells was selected for a Peoples Health Champion Award, which would have been presented at Sunday’s game against the Tampa Bay Buccaneers in the Superdome. The award is given to Louisianans who have “significant accomplishments” and have reached “senior citizen status.”

RELATED: Boycotting the NFL is a bold move for a wings restaurant, but that won’t stop this one

Wells, who is the executive director of Military Veterans Advocacy in Slidell, said he declined the award because of the ongoing controversy with the NFL and some players protesting during the national anthem.

“I am unable, in good conscience, to enter an NFL stadium while this discourtesy prevails,” Wells wrote to executives of Peoples Health and the Saints.

Wells said the award was “tainted with dishonorable actions” by the NFL and its players. He said accepting the award would be hypocritical, WDSU reported.

“I had hoped and prayed that the NFL would outlaw these disgraceful protests and wanted to give the commissioner and the owners a fair opportunity to do so” Wells told WDSU. “Their failure to act is a slap in the face to all of those who have served in uniform. Men and women have fought and died for the flag that the players are disrespecting.”

In a statement, the Saints said the team respects his decision and that “he has that right, and we thank him for his service to our country and his past efforts on behalf of the military and veterans.”

RELATED: College football player who didn’t stand for the anthem will now watch the games from home

The Saints added that all of their players have stood for the national anthem for every game since their inception in 1967, with the exception of a few players during a game this season at Carolina.

The practice of players kneeling or sitting during the national anthem has grown since former 49ers quarterback Colin Kaepernick began doing it last season to protest racial injustice and police brutality.

Wells’ group is a national organization based out of Slidell. Military Veterans Advocacy works in the interest of veterans and active-duty military personnel.

During his career, Wells has testified before Congress in support of veterans’ benefits and has litigated benefits issues in several federal courts. He was recently award the Distinguished Military Honor Award by Folds of Honor, WDSU reported.