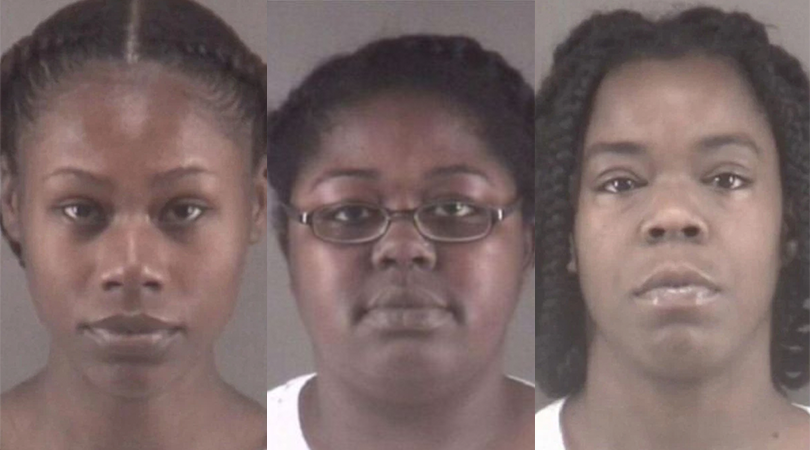 A trio of assisted living facility workers in North Carolina purchased themselves some express tickets to hell by forcing elderly patients with dementia to fight each other in a fight club, authorities have discovered.

Marilyn Latish McKey, 32, Tonacia Yvonne Tyson, 20, and Taneshia Deshawn Jordan, 26 of the Danby House assisted living and memory-care facility in Winston-Salem, North Carolina have been charged with assaulting disabled persons for forcing a 70-year-old female resident and a 73-year-old female resident to fight as they watched, filmed, and encouraged the pair to hurt each other.

In one of the fight videos, one of the women being forced to fight can be heard begging, ?let go, help me, help me, let go.?

Well, at least these three women will no longer have to feel awkward when they’re forced to lie every time someone is like, “Oh you work with elderly people suffering from dementia? That’s so selfless. That must be so fulfilling for you.”

Often times even the most grievous of crimes can largely be explained, in part, by a lapse in composure, judgment, or mental competence. This one just feels evil though. Maybe one of the women passively went along with the group and is just a coward, but there is at minimum one woman here who is straight-up evil.

Making old people with dementia hurt each other for your shits and giggles is akin to stealing puppies from yards to train dog fighting dogs on, or abducting kids. It’s extremely messed up. It’s literally torture. And not even the useful kind that gets people to admit their witches or what have you. Just needless, flippant, egregious evil. That’s all that happened here. What a nightmare. Give these three women lots of jail. All the jail.

Watch: A Nursing Home Security Guard Actually Caught a Ghost on Video, His Reaction is Hysterical