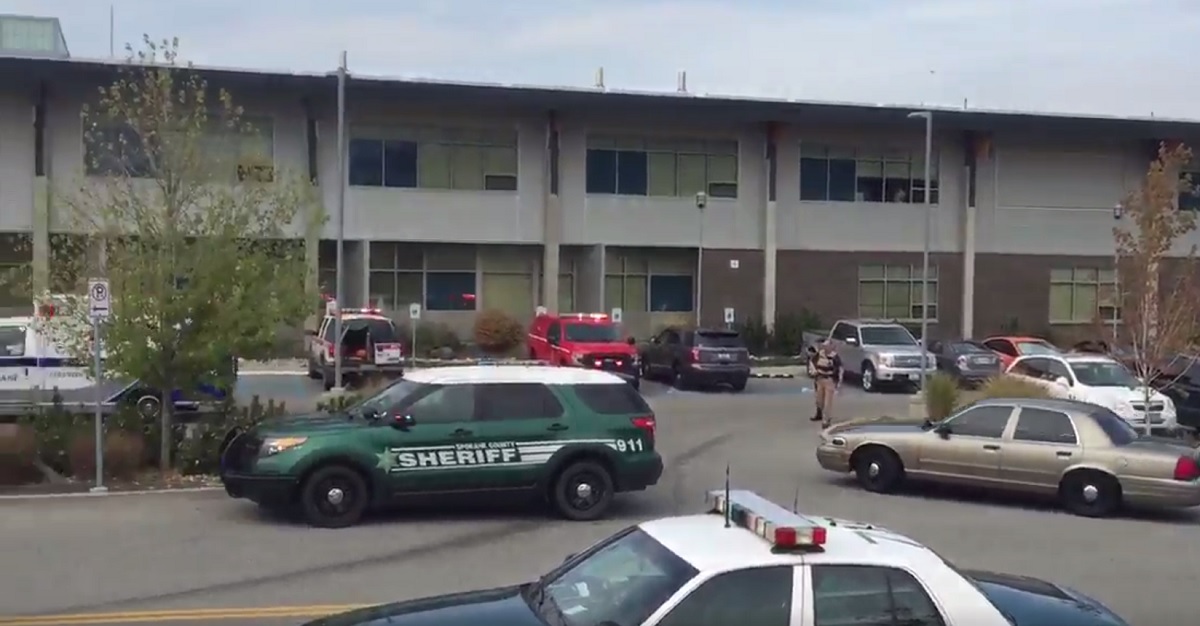 A Spokane, Washington-area high school was the site of a school shooting today at about 10:30am local time, say first responders and Spokane Public Schools.

The Spokesman-Review reports that six people were shot at Freeman High School in Rockport, south of Spokane. One of those six has died so far. Police say the shooter is in custody.

Associated Press reports that the school is no longer locked down and the threat has been “eliminated.” Multiple ambulances and a LifeFlight helicopter were dispatched to the scene.

RELATED: 8 people are dead after gunfire broke out in a quiet Texas neighborhood