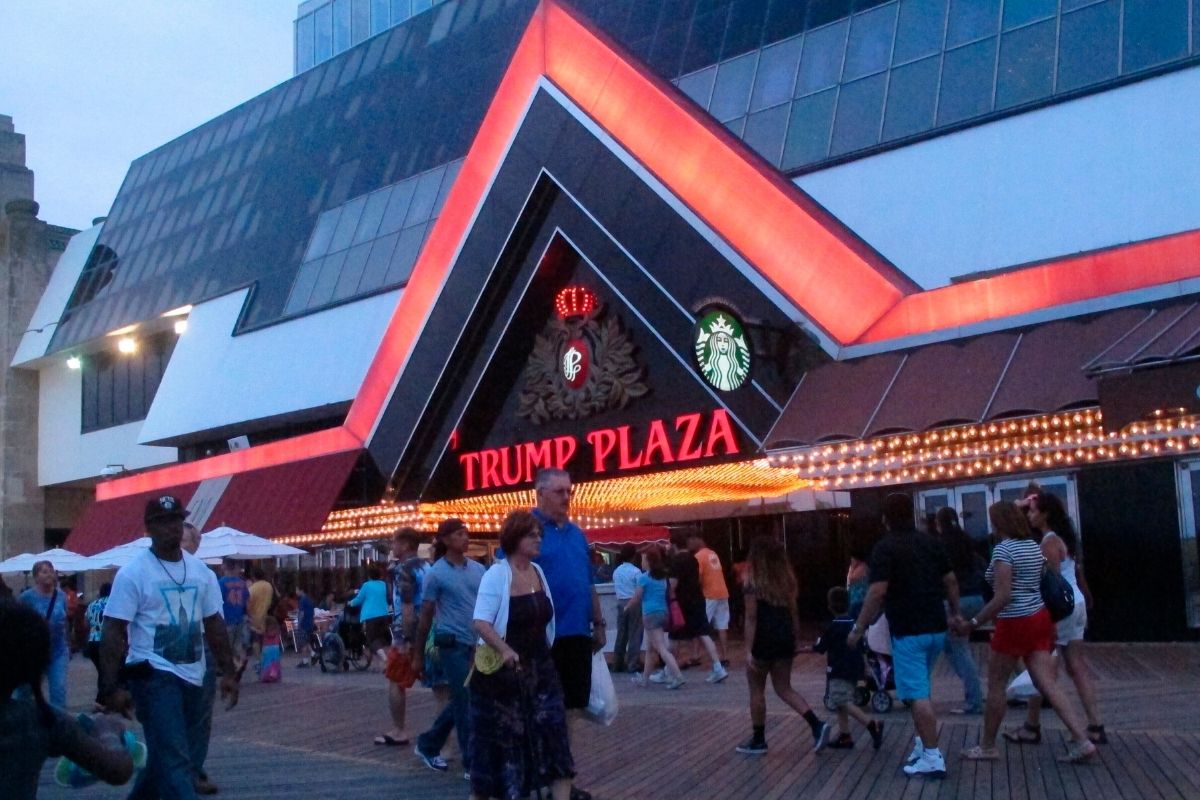 A Casino and Hotel in Atlantic City, New Jersey, that was once owned by former President Donald Trump was officially demolished on Wednesday morning. The former Trump Plaza Hotel and Casino has been closed since 2014 and was once a staple on the boardwalk. It had deteriorated so much in recent years that several chunks of it had started to peel off. By 9:08 am, it had been destroyed leaving behind a large pile of smoke and rubble. The former events manager for the casino, Bernie Dylan, stated that the hotel used to be a hotspot for celebrities.

He noted, ?The way we put Trump Plaza and the city of Atlantic City on the map for the whole world was really incredible. Everyone from Hulk Hogan to Mick Jagger and Keith Richards, it was the whole gamut of personalities. One night before a Tyson fight, I stopped dead in my tracks and looked about four rows in as the place was filling up, and there were two guys leaning in close and having a private conversation: Jack Nicholson and Warren Beatty.”

Donald Trump cut ties with the casino back in 2019 after a series of bankruptcy filings, but his name had continued to adorn the building for a time. According to the New York Times, billionaire investor Carl C. Icahn acquired it out of bankruptcy in 2016. The demolition comes just less than a month since President Joe Biden was sworn in.

Editors Note: This article was originally published on December 17, 20202. It was updated on February 17 after authorities announced the demolition. Below is information that was published before the new updated information was included.

I get that there are plenty of people who hate President Donald Trump in the White House, but sometimes that hate can actually be used and channeled into the right things that are totally worth the time and money. And with the humor and entertainment that stems in mocking President Trump, it’s a win-win for everyone at hand where maybe strongly disliking Trump is actually worth the energy. So how would you like the chance to blow up Trump’s former Atlantic City casino for charity next month?

The former Trump Plaza casino opened in 1984 and closed down back in 2014, falling into such a state of disrepair that demolition work began at the beginning of 2020. The rest of the Trump Plaza Hotel and Casino is set to be dynamited on January 29, 2021, and Mayor Marty Small of Atlantic City is hoping to auction off the demolition button with the proceeds going to a fundraiser for the Boys & Girls Club of Atlantic City. He hopes to raise over $1 million, saying, “Some of Atlantic City?s iconic moments happened there, but on his way out, Donald Trump openly mocked Atlantic City, saying he made a lot of money and then got out. I wanted to use the demolition of this place to raise money for charity.?

A professional auction company was hired by the Boys & Girls Club to manage the bids up until January 19, 2021. On that day, the top bids will be revealed and during a live auction, a winner will be determined, with the proceeds going to the organization that provides, “after-school and summer recreation, education and career-training programs for Atlantic City children and teens,” according to The Guardian.

President Trump had originally opened the casino in the center of Atlantic City’s Boardwalk where cars could come into the resort from the Atlantic City Expressway. It was a popular site for high-profile boxing matches, to which Trump would attend regularly. In 2014, it was one of Trump’s three casinos in Atlantic City to close, followed by the Trump Taj Mahal in 2016. The Taj Mahal has since reopened as the Hard Rock Casino, and Trump’s third casino, Trump Marina was sold to Texas billionaire Tilman Fertitta in 2011, now called the Golden Nugget.

Trump’s remaining ties to Atlantic City were finally cut in 2009, after billionaire Carl Icahn took ownership of the company out of bankruptcy court in February 2016 that was still paying Trump a 10% fee for using his name on what were his three casinos in the New Jersey city. Icahn has agrred to the implosion of the former Trump Plaza Hotel and Casino since it has been sitting empty for six years now. Earlier this year, large pieces had begun to break off and crash to the ground, with some debris even falling onto the Boardwalk.

Mayor Small and Icahn plan to discuss future plans for the land once the building is gone, hoping to turn it into a family attraction. Mayor Small says, ?Not often does inner-city oceanfront land open up. We have one chance to get this right.?