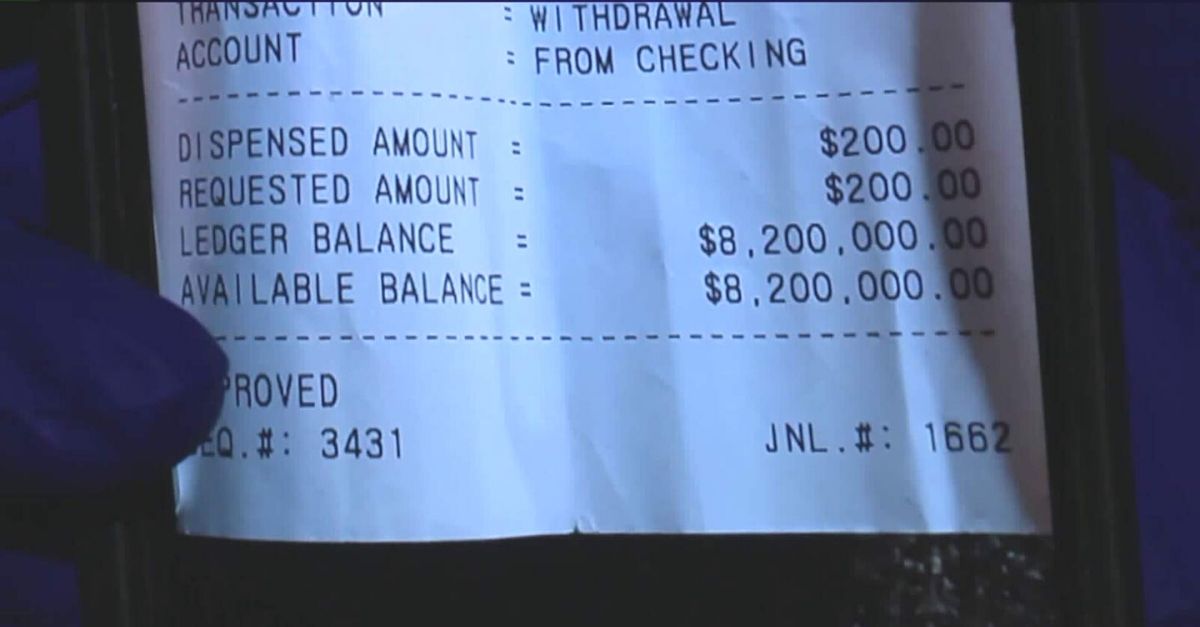 Talk about some serious dumb luck! As the first federal stimulus payments are making their way around the U.S., one northwest Indiana man got quite the shock when he visited the ATM this weekend. Turns out Charles Calvin, a volunteer firefighter in New Chicago, Indiana, noticed something different in his bank account.

Expecting to see his stimulus payment from the federal government due to the coronavirus pandemic, he noticed something, well, unexpected. Basically, this man withdrew $200 from his account, only to look at his available balance still left and saw an INSANE number. Turns out this man had $8.2 MILLION in it. Yes, the government said screw the $1,700, we’re going to give you $8 million because we love you so much! Kidding, totally kidding. You KNOW this would never happen.

Wait. I thought we were each getting 2 trillion?

So, obviously not believing what he was seeing, he decided to run his card again, but it showed the same thing. Freaking out, and probably thinking he was going to go to jail, he called his bank to ask where the money had come from. The bank did note that they didn’t see the amount in his checking account anymore but said his $1,700 stimulus payment was indeed deposited.

Sad and confused, the volunteer firefighter was left wondering if there was indeed some sort of fluke or if taxpayers are receiving way more or less than they should. He noted, “It kind of sucks. You go from being a millionaire one second then back to being broke again. But hey, once you’re poor you don’t have anywhere else to go but up.”

Which in all honesty, he has a point. Sorry Charles, but the only way to go is up! I totally get him, it kind of sucks. You have all that money in your hands and then POOF, gone, finished, finito. You’re back to your old self, worrying about putting an extra shot of espresso in your coffee. Calvin still isn’t sure if this was a mistake on behalf of the bank, the particular ATM he used, or the government, but is glad he ended up with the same amount of money most people will get through their stimulus check.

I guess this is just a reminder for all of us to double-check our bank accounts every now and then. You never know when you might get an extra $8 million in there, you know?