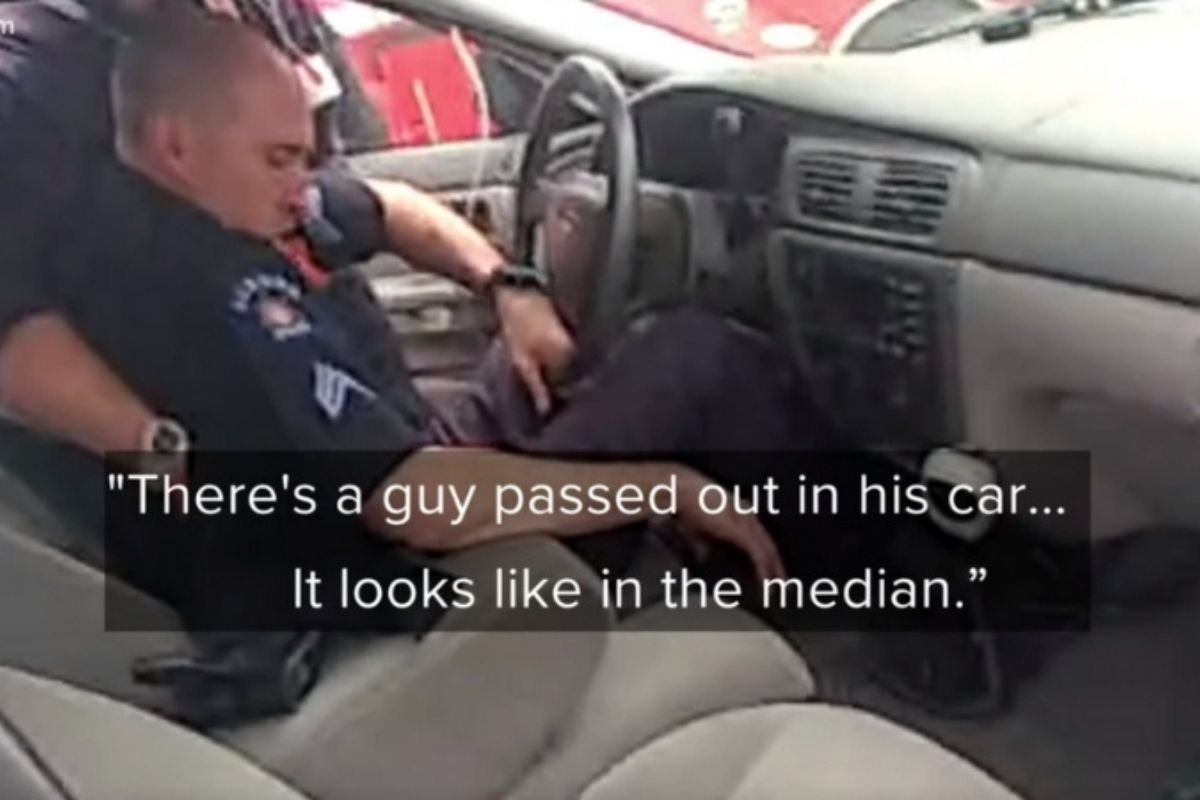 To serve, protect, and apparently get rowdy just like the rest of us. It looks like an Aurora police officer decided to not follow the law, and drank all the alcohol he could find, only to pass out behind the wheel. Police worn body cameras captured the whole incident, where officers responded to help Officer Nate Meier.

The police officer was caught behind the wheel of his unmarked patrol car drunk and unresponsive, while on duty. Aurora Police decided to release the video and 911 calls, which occurred on March 29, 2019. Six separate body cam videos begin after the fire department responded to the vehicle which was located near Buckley Air Force Base.

In one video, the Aurora police officer is seen in the driver’s seat of his Ford Taurus with his eyes closed, and chin to his chest. In one of the two 911 calls, the dispatcher asks the caller is he is “slumped over.” The 911 callers responded, “Yeah he was. I drove by and he was passed out, slumped over, and we’re trying to get him to respond, but he’s not very responsive. His eyes are open now, but he’s not responding at all.”

Body camera footage from Officer Andres Cardenas shows the officer helping a paramedic to remove Meier’s duty belt and grabs his hands. Meier does not appear to make any movement. Another body cam video shows a plain-clothed officer with a band at his hip, directing another to retrieve Officer Meier’s gun and a taser.

Officers, along with paramedics, were able to remove Meier from the driver’s seat and placed him on a stretcher. The Aurora Police Department stated nine officers responded to the scene, including Deputy Chief Paul O’Keefe, who was the first officer to arrive.

Drinking Vodka Out the Bottle

The drunk officer later admitted to his superiors he had gone home during shift and drank vodka straight from the bottle. The internal affairs report stated Meier admitted to being “impaired” by alcohol but was unaware of what happened next until he woke up in the hospital.

Hospital staff noted Meier’s blood-alcohol level was higher than 0.450. After an Internal Affairs investigation, Aurora Police found Meier violated policies, which included neglect of duty and alcohol impairment. He was never charged with a DUI or any other crime.

Aurora Police Chief Nick Metz has since continued to defend his decision not to fire Meier and called out what he referred to as “inaccurate media spin.”

Editor’s note: This article was originally posted on December 17, 2019.