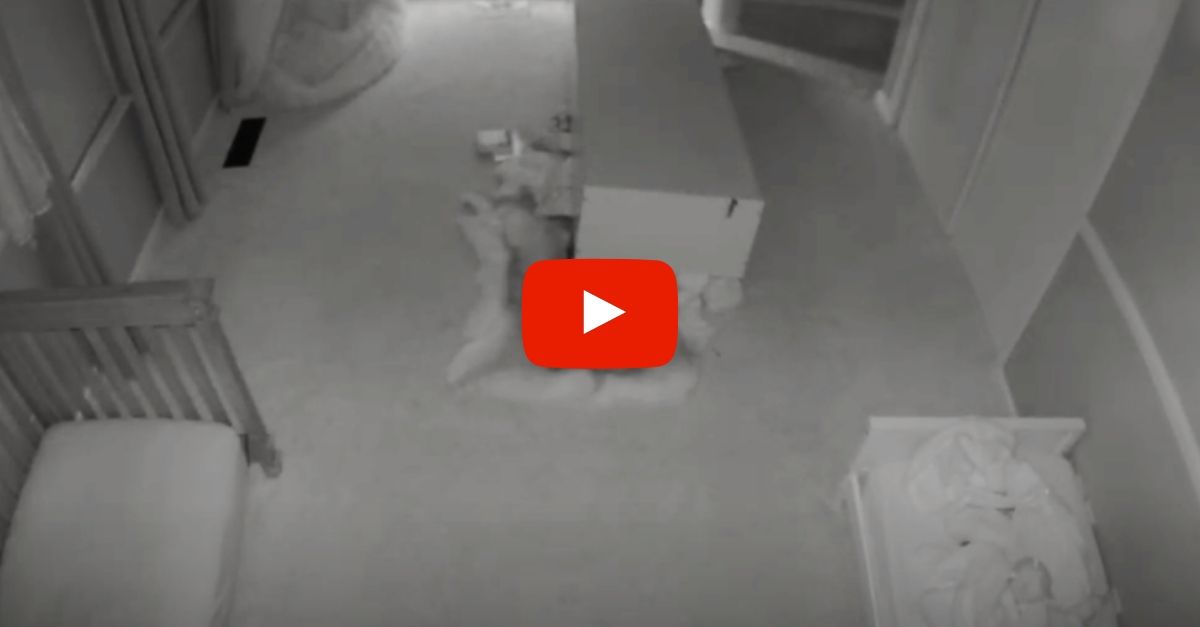 Terrifying baby cam video captured the moment a bookcase tipped over, despite it being anchored, and toppled onto toddler twins who miraculously were unharmed. According to Nicole Oka, the mother, her and her husband were aware of a spate of incidents involving Ikea furniture giant’s product, which has led to the death of at least 10 children. The couple followed instructions and decided to secure the BRIMNES bookcase to the wall.

The footage of the chilling incident shows the twin’s climbing on top of the bookcase, as it quickly tipped over after the anchoring brackets separated from the particleboard unit. Scared out of her life, the mother stated, ?My babies could have died. I did everything right. I did everything I should have.?

The slim, tall unit, which has two draws at the bottom and four shelves, is part of a line that includes three dresses that were recalled back in 2016. Oka said her husband followed all the instructions provided and used two L-shaped brackets and screws that were provided by the company, which instructs people to select their own wall fasteners. The mom stated she screwed one bracket into a wall stud and the other, which didn’t alight with a stud into the drywall, and that unit appeared to be secure until June 3rd.

The video shows 2-year-old Clara walking towards the bookcase, pulling out the bottom drawer, and then climbing in. That’s when her brother Dominic walks to her and joined her inside. You can hear the girl saying “Dominic, drawer, drawer,” before the Ikea bookcase crashed on the floor.

The horrifying noise promoted Oka to look at the baby monitor, and the parents quickly ran to the twins’ room in horror. The couple quickly took the bookcase off the kids, who were luckily unharmed. After putting her twins to bed, the mother went to check another IKEA secured bookcase, from the BIlly line, in her 4-year-old son’s bedroom. When she decided to tug at it, it too detached from the wall.

IKEA spokeswoman Hanna Bengtsander said the company was aware of the incident and was relieved the children were uninjured. She stated, ?We are currently reviewing the video involving the BRIMNES bookcase and need more time to get a better understanding of the details. We cannot provide any additional comment at this time.? The US Consumer Product Safety Commission is also investigating the incident.

Back in 2016, The Swedish company recalled 17.2 million dressers, acknowledging that its bureaus did not meet the fortunate industry’s stability test, which is meant to make sure that a dresser remains standing when pulled. The executive director of the product safety nonprofit Kids in Danger, Nancy Cowles, stated she was aware of other cases in which other anchored IKEA furniture fell over. After watching Oka’s video, she stated, ?It shows that anchoring is not the failsafe it?s been sold as. If the dresser is unstable, that?s not necessarily going to be enough.?