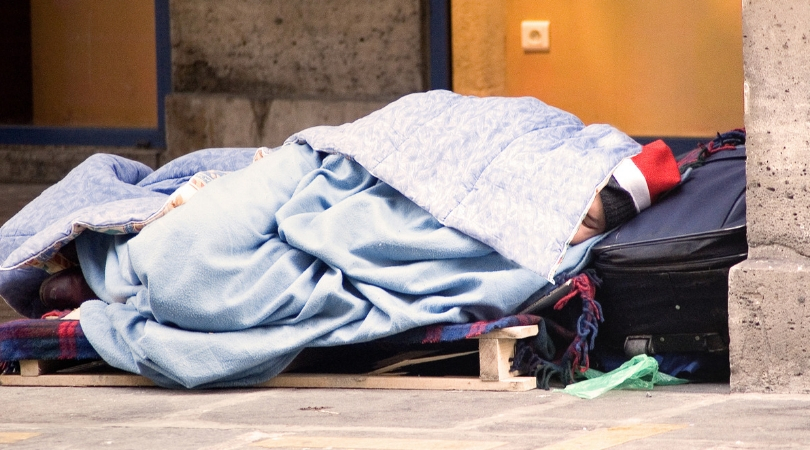 What do you do when there are multiple homeless around a park with no sight of them leaving? You play “Baby Shark” on repeat until they get tired of it and leave. Duh!

Officials in West Palm Beach are hoping a continuous loop of one of the most annoying yet catchy children’s songs on earth will keep homeless from sleeping and living in a city park. West Palm Beach parks and recreation director Leah Rockwell, stated that Florida city officials are trying to discourage people from camping out along the glass-walled Lake Pavilion. The Pavilion hosted 164 events over the past year, from business meetings, birthday parties, weddings and bar mitzvahs. The city expects the event space will make $240,000 this year alone.

Along with “Baby Shark,” officials will also play “Raining Tacos” which is said to “temporary fix” the situation. Rockwell says the city hopes to formalize hours for the park, which would make trespassing laws easier to enforce. Now, I can’t be the only one thinking this is a dumb idea, right?  I don’t think this will work. One, because homeless people are used to the noise and can easily block it out. Two, the city is probably going to get so many complaints from neighbors near the park that they are ultimately going to have to stop playing the song.

Parents don’t want to hear this when roaming around the city at night. You don’t think they have enough “Baby Shark” at home? Children eat, breath, and live that stupid song! If you think about it, this can easily be considered torture for some. The last thing anyone wants is a continuous loop of children songs and have “doo doo doo doo doo doo” stuck in their head all night and unknowingly sing along to it. No one has time for daddy shark, mommy shark, grandma shark, or any type of shark.

Watch: Shark Attack Victim Has Epic Answer When Asked If She’ll Swim in the Ocean AGain