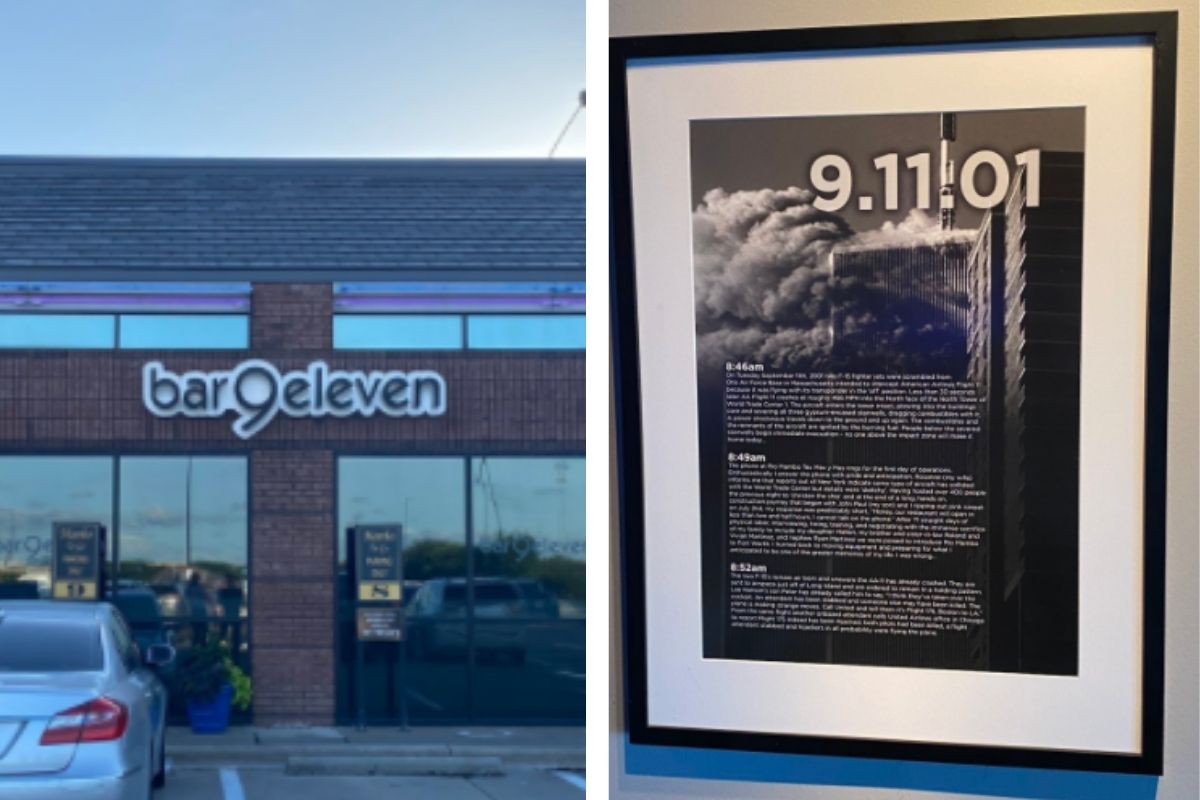 The phrase “9/11” has a haunting tone whenever it’s heard, and when people do hear or say it, everyone knows that it refers back to the horrific events that happened on September 11, 2001. Along with the many memorials that are still had in remembering the nation’s darkest day, monuments have also been permanently erected all over the United States in commemorative favor as a reminder of the terrorist attack on the Twin Towers that killed almost 3,000 people that day.

But in the midst of those who appropriately pay tribute to the tragic day, one restaurateur in Fort Worth, Texas, stunned the Internet when he started a 9/11-themed bar called Bar9Eleven. Owner Brent Johnson took it upon himself to enshrine the disaster in the form of a lounge, and although it’s been there for years, online users don’t know how to feel about it.

The bar picked up traction on social media when Twitter user Jesse Tyler shared pictures of the establishment, captioned with details of his experience. His tweet shows framed photos inside the place that explain a timeline of what happened on 9/11, saying, “Drove by this bar and thought ?huh I wonder what that?s about?. Turns out it?s about exactly what you think.”

Jesse Tyler on His Experience at Bar9Eleven

Drove by this bar and though “huh I wonder what that’s about”. Turns out it’s about exactly what you think pic.twitter.com/5zIKLZWJIs

However, the framed photos recall the owner’s point of view of what that day was like for him instead of the events themselves. One line reads, ?Rosanne (my wife) informs me that reports out of New York indicate some type of aircraft has collided with the World Trade Center but details were ?sketchy?. Having hosted over 400 people the previous night? my response was predictably short. ?Honey, our restaurant will open in less than two and a half hours. I cannot talk on the phone.??

The responses to this viral tweet were mostly horrified that anyone would seemingly use 9/11 as a theme for their business, as Unilad reported that many argued how, “the bar is in bad taste.” Yet, according to Texas Monthly, the Tex-Mex restaurant was created because Johnson didn’t want anyone to forget the day, and he thinks that he’s doing his part to honor and help people never forget what happened.

Johnson told Texas Monthly that he head a survey one September that found that “80 percent of Americans” didn’t realize when the anniversary was approaching, although admitting that he wasn’t sure about the survey’s details nor providing evidence of the truth behind this statistic. Nevertheless, the bar has been open for a significant amount of time, and in fact, Johnson remembers the day so well because coincidentally, September 11, 2001, is also the day he opened his other successful restaurant Rio Mambo Tex Mex Y Mas. It now has four locations across North Texas.