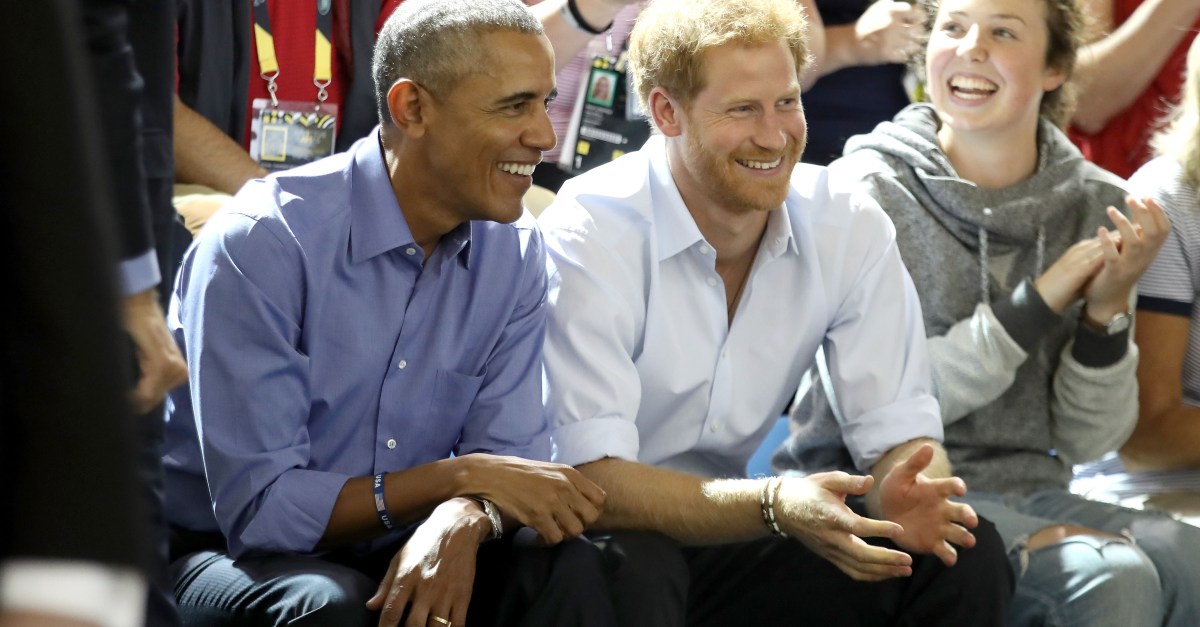 Former President Barack Obama said during an interview with Prince Harry broadcast Wednesday that it was “hugely liberating” not being president anymore because he can set his own schedule and can actually find time to hold a conversation with his wife, former first lady Michelle Obama.

“The fact that I can wake up and if I want to spend an extra 45 minutes talking to Michelle and take a long breakfast — I can do it,” he said. “That feels great.”

Prince Harry is all set to guest edit the programme on Wednesday where you can expect a lot more of this…
Listen live here: https://t.co/uOkwICw6J6#r4today pic.twitter.com/kEFtFZC0pO

During his interview with the British royal, which was recorded in September during the Invictus Games, he also said that he had a feeling of “serenity” about leaving the White House despite having more he wanted to do.

“That [feeling of satisfaction] was mixed with all the work that was still undone, and concerns about how the country moves forward,” he said. “But overall, there was a serenity there. More than I expected.”

He also said that he missed some things about being president.

RELATED: Former President Barack Obama won this title for the 10th year in a row

“I miss the work itself because it was fascinating,” Obama said of his time in the White House.

The former president sat down with Prince Harry for the interview while he was the guest editor for BBC Radio 4’s “Today” news program.

Besides asking Obama about his time in the White House, Harry also asked him a lightning round of questions.

While he declined to answer whether he wears boxers or briefs, he did reveal that he prefers Aretha Franklin over Tina Turner, saying that “Aretha is the best,” and that he prefers Michael Jordan over LeBron James.

Obama is also enthusiastic about his post-presidency initiative, saying that he’s “obsessed” with training the next generation of leaders, which he and Michelle are doing through the Obama Foundation.

One topic that didn’t come up, at least directly, was Obama’s successor, current President Donald Trump.

The full audio of the interview is available to listen to here until next week.