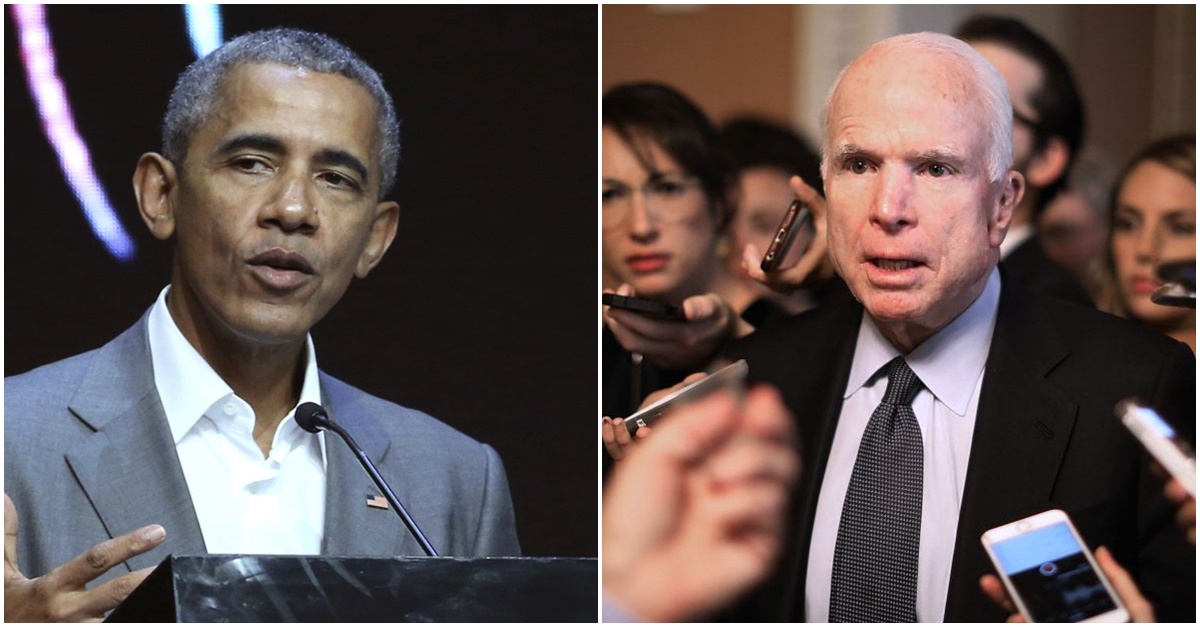 Former President Barack Obama sent well-wishes and kind words of encouragement to Senator John McCain (R-AZ) following news that the senator had been diagnosed with cancer.

On Wednesday evening, it was revealed that surgeons operating on the senior senator from Arizona had discovered a malignant tumor when they went in to remove a blood clot near his left eye. As Rare previously reported, a statement put out by McCain’s office said that the tumor was a “brain tumor known as a glioblastoma.”

McCain and his family are currently looking at treatment options for the senator, including chemotherapy and radiation.

Following the sad news, former President Obama sent out a personal message to McCain on his Twitter account, writing in a tweet, “John McCain is an American hero & one of the bravest fighters I’ve ever known. Cancer doesn’t know what it’s up against. Give it hell, John.”

John McCain is an American hero & one of the bravest fighters I've ever known. Cancer doesn't know what it's up against. Give it hell, John.