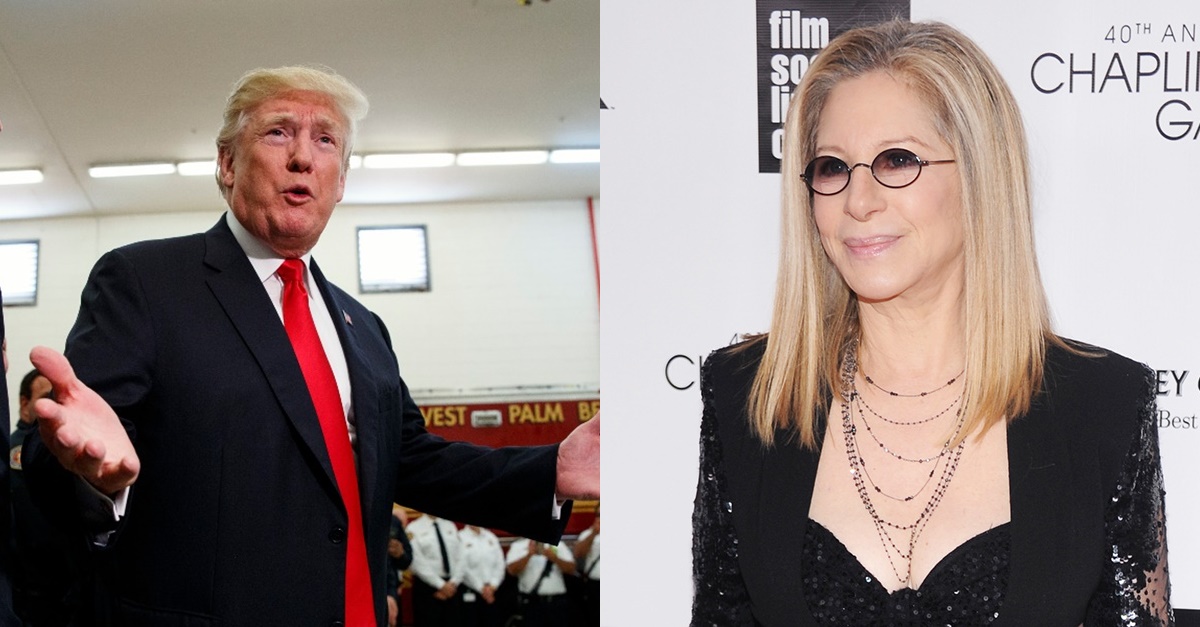 Actress and singer-songwriter Barbra Streisand, 75, sat down for a wide-ranging interview with Variety and said she blames President Donald Trump for the killings of 17 people at Marjory Stoneman Douglas High School in Parkland, Fla.

She also said that she told Hillary Clinton she lost the election because she’s “too smart.”

Streisand, who in the past said Trump should be impeached for “sheer stupidity,” speculated that Nikolas Cruz was “affected” by Trump’s rhetoric.

She said “Trump brings out the violence in people,” citing the encouragement of “lock her up” chants as an example.

“I think even that shooter was affected because Trump brings out the violence in people. He says, ‘It’s OK — rally, lock her up,'” Streisand said.

Notably, Streisand also revealed that she was present at the fundraiser where Hillary Clinton uttered the “basket of deplorables”  line that many opponents point to as a prime example of why she lost the election.

She said Clinton had pneumonia.

“She was sick. I was giving her tea. I was like, ‘Here, these are good lozenges, and you’re coughing and you got to keep drinking liquids.’ I didn’t know she had pneumonia,” she said.

RELATED: According to Barbra Streisand, President Trump is to blame for her recent weight gain

Finally, Streisand said she still believes Hillary Clinton won the election, that the last time she saw Clinton she told her was “too smart” to beat Trump and that, after speaking to unnamed senators from Michigan and Wisconsin, she concluded “they were playing with those voter machines.”

“I said to her the last time I saw her, ‘You were just too smart.’” In fact, she’s not convinced that Trump beat Clinton. “I really believe she won the election,” Streisand said. “I’ve talked to senators from Michigan and Wisconsin. I do believe, like I believed during Bush, they were playing with those voter machines.”