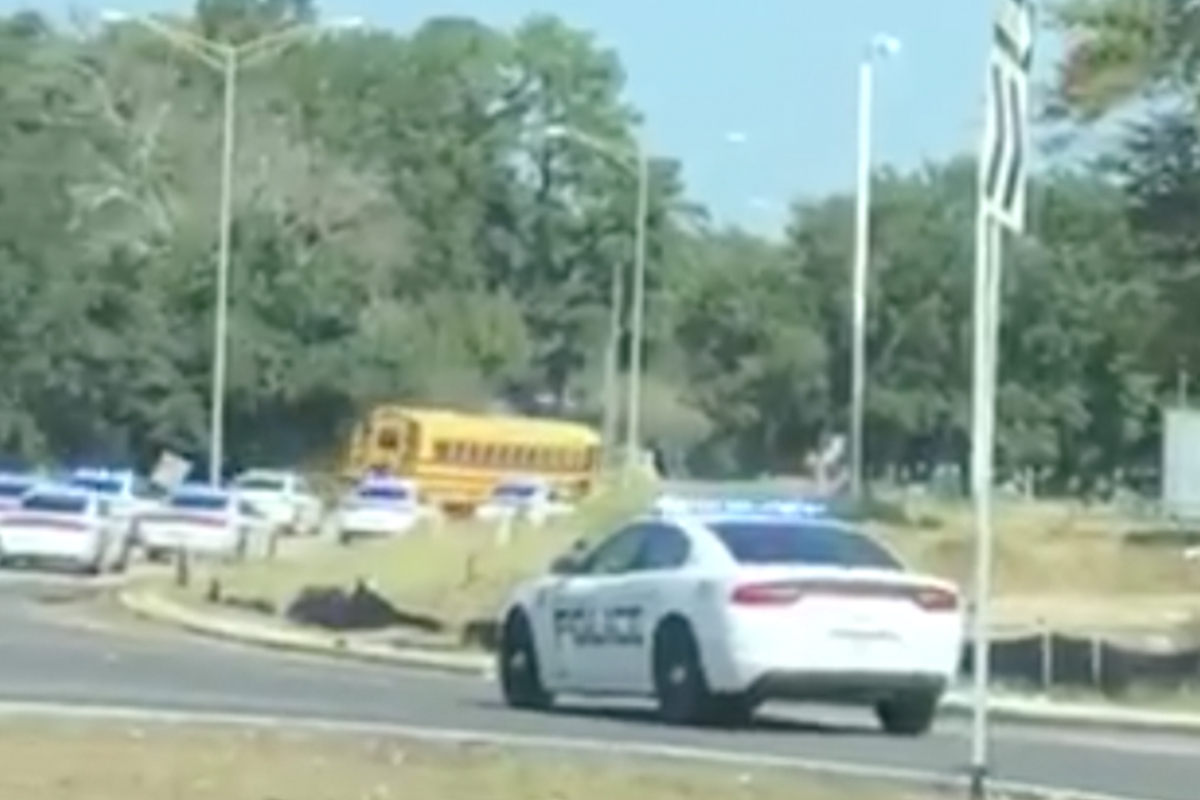 An 11-year-old boy from Baton Rouge, Louisiana is in seriously hot water after stealing a school bus Sunday morning and taking it on a joyride through the city before crashing the bus into a tree in woman Libby Smith’s front yard on Greenwell Springs Road.

Boy Steals School Bus, Somehow Knows How to Drive It?

According to police and local news outlet WAFB, the boy stole the bright yellow school bus from the parking lot of the Progress Head Start Center and was able to figure out how to start it. (Police have said the bus was a push to start vehicle.)

The young boy’s escapades were filmed by dozens of Baton Rouge residents on their cell phones and posted to social media, including Joy Gradney, in large part because of how conspicuous his theft of a vehicle was. Gradney told WAFB the boy was laughing as he sped past her.

SAY WHAAAAT NOW?! Juvenile in custody now after stealing a bus and leading officers on a chase throughout parts of the city, including on Scenic, Airline and Greenwell Springs Road according to @BRPD. @WAFB

It appears from the photos and videos of the incident that pretty much every police officer and squad car available from the Baton Rouge Police Department was in pursuit of the stolen bus. It was, at minimum a 20 car police chase.

And rightfully so! At first thought it’s pretty funny to watch this chase before you realize this 11-year-old boy was actually piloting a giant weapon he didn’t know how to use through the city past hundreds of innocent and helpless people.

The Police Were NOT Amused

If a little boy or girl stole a car from their parents and drove it to the park or the candy store, cops might have a good laugh about it. But a school bus speeding through public streets packed with cars and people? Not a lot of kids are getting off with a slap on the wrist for that. It’s going to take a lot more than youth to trump those charges.

The juvenile driver, whose name at this current time has not been released because of his age, was cuffed and taken into custody Sunday as soon as he was pulled from the bus. He has been charged with theft of a motor vehicle, aggravated flight, and three counts of aggravated damage to property as well as an aggravated assault charge according to a police spokesperson.

Editors Note: This article was originally published on April 24, 2020.