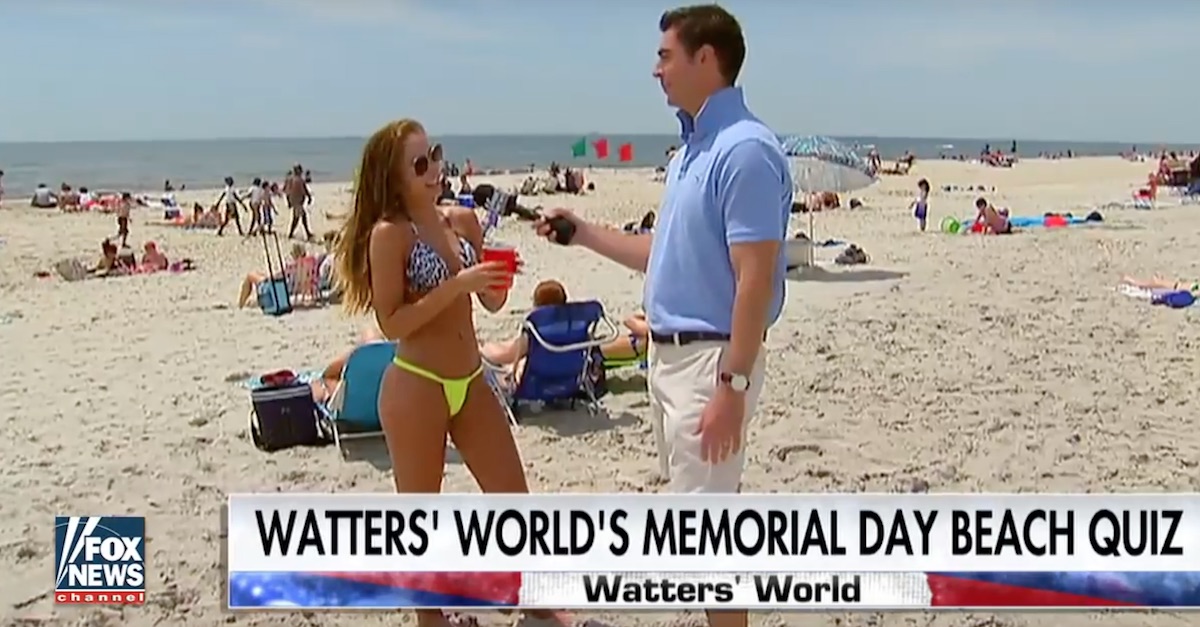 Fox News’ Jesse Watters did what he always does on his “Watters’ World” segment and peppered some generally unaware Americans with some basic questions about things.

RELATED: Bernie Sanders supporters were asked to define socialism and the answers will make you squirm

This time, Watters went to the beach for Memorial Day weekend to ask about some examples of sacrifice in American history to see if people actually know anything about the day that exists to be remembered.

It did not end well.

While some of the answers sprinkled in were re-runs from previous years, there were also some new ones.

Watters begins the segment by asking, “This weekend, we celebrate Memorial Day, a day for remembering America?s fallen soldiers. But how much do Americans really know about the history of that sacrifice?”

The answer is not much, at least when it comes to the youthful, bathing-suited people Watters chose to quiz.

Answers to questions about who won the Civil War (one said “South Korea,” while another said “America, Britain and Spain”), who America fought in the Revolutionary War (one said “The French”) and how the “Cold War” got its name (a guy said because “Russia’s cold up there, you know”) will make you cringe 10/10 times.