During an interview with CNN’s Anderson Cooper, Sen. Bernie Sanders (I-VT) couldn’t help but laugh out loud when he heard President Trump’s comments about how no one knew the healthcare debated would be complicated.

Sanders made sure to point out that he already had “a clue.”

When Sanders ran for president in 2016, one of the main components of his platform was healthcare, so he had a lot to say about Trump’s comments.

“Well some of us who were sitting on the health education committee, who went to meeting after meeting after meeting, who heard from dozens of people, who stayed up night after night trying to figure out this thing, year — we got a clue,” Sanders told Anderson Cooper on “AC 360.”

RELATED: President Bush won’t criticize President Trump but he does have one problem with politics in 2017

He continued, “When you provide healthcare in a nation of 300 million people, yeah, it is very, very complicated. Maybe now, maybe the president and some of the Republicans understand you can’t go beyond the rhetoric, ‘We’re going or repeal the Affordable Care Act, We’re going to repeal Obamacare, and everything will be wonderful,’ a little bit more complicated than that.”

“Let’s get beyond rhetoric,” he added.

Watch the full interview above. 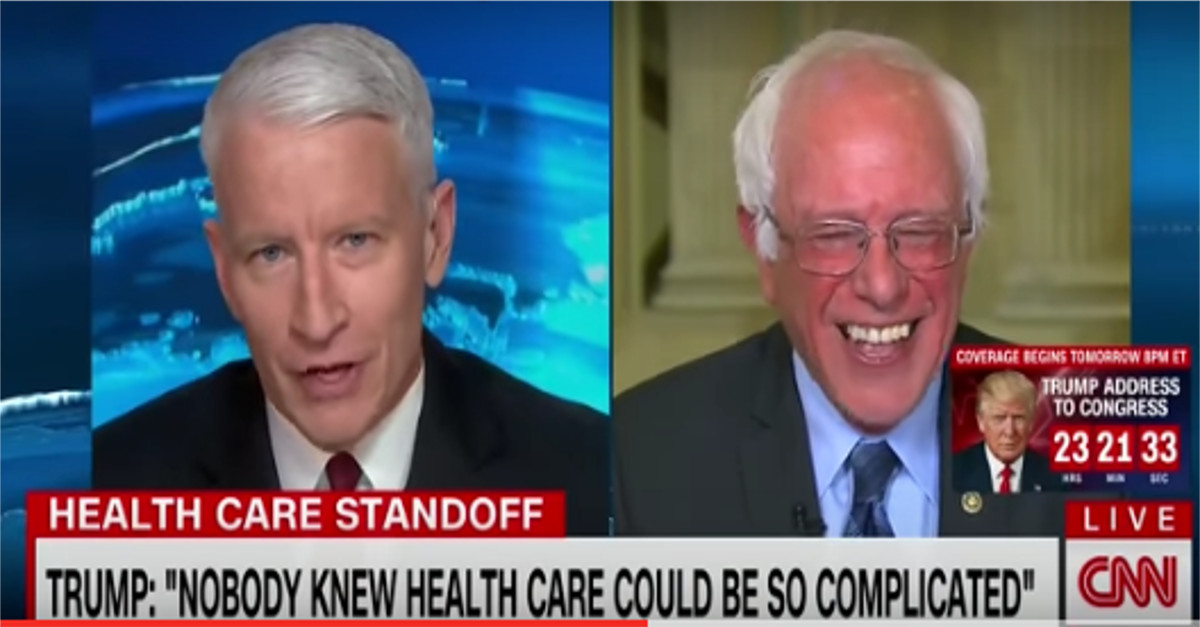