Biden Visits and Honors Survivors of the Tulsa Race Massacre 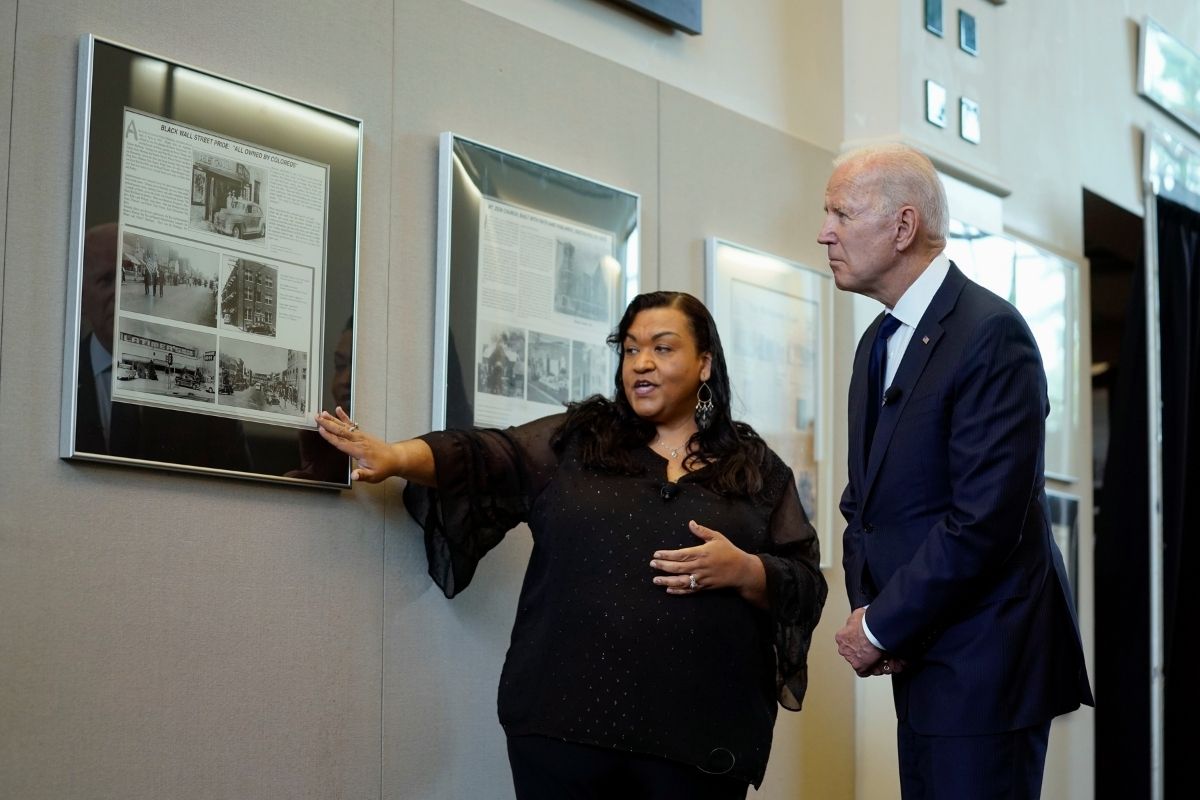 In honoring the bloodiest race massacres in U.S. history, President Joe Biden will pay a visit to Tulsa, Oklahoma, today, to commemorate the 100th anniversary of the Tulsa Race Massacre. On May 31- June 1, 1921, a White mob attacked “Black Wall Street,” killing and injuring Black Americans and burning down Black communities in the Greenwood District. President Biden will deliver a speech, speaking to the survivors who range between the ages of 101-107 years old.

Along with a proclamation that he issued on Monday, Biden called on America, “to commemorate the tremendous loss of life and security that occurred over those 2 days in 1921, to celebrate the bravery and resilience of those who survived and sought to rebuild their lives again, and commit together to eradicate systemic racism and help to rebuild communities and lives that have been destroyed by it.”

Over the years, the huge event of racial violence was never really addressed by the federal government. Scott Ellsworth, a professor at the University of Michigan and author of Death in a Promised Land: The Tulsa Race Riot of 1921, spoke on the issue saying, “The Black citizens of Tulsa were let down by their city government, by their state government but they were also let down by the federal government in this massacre. There was never any sort of federal investigation despite the fact that over 1,000 Black homes and businesses were burned to the ground and more than 10,000 people were made homeless. The federal government never stepped in and tried to figure out what happened.”

Death in a Promised Land: The Tulsa Race Riot of 1921 by Scott Ellsworth on Amazon

The White House announced its plan for new policies in favor of racial equity that combats housing discrimination and increasing federal contracting with minority-owned, small businesses by $100 billion over the next five years, ahead of Biden’s visit. Biden also pledged to the last survivors of the Tulsa Race Massacre that American history will never forget what happened. He said, “We honor the legacy of the Greenwood community and of Black Wall Street by reaffirming our commitment to advance racial justice through the whole of our government, and working to root out systemic racism from our laws, our policies, and our hearts.”

White House officials also believe that the new proposals will deliver economic opportunities for Black people, addressing dislocation, exclusionary zoning, and housing as a response to calls to address economic inequality and criminal injustice following George Floyd’s death. And regarding the massacre, Ellsworth explained how the event set back Black wealth back decades, an estimated $200 million according to value in 2021. He said, “In terms of poverty, unemployment, infant mortality, all of those statistics, the city is still haunted by that massacre. And the tragedy created an economic trough that Black Americans have still yet to get out of.”