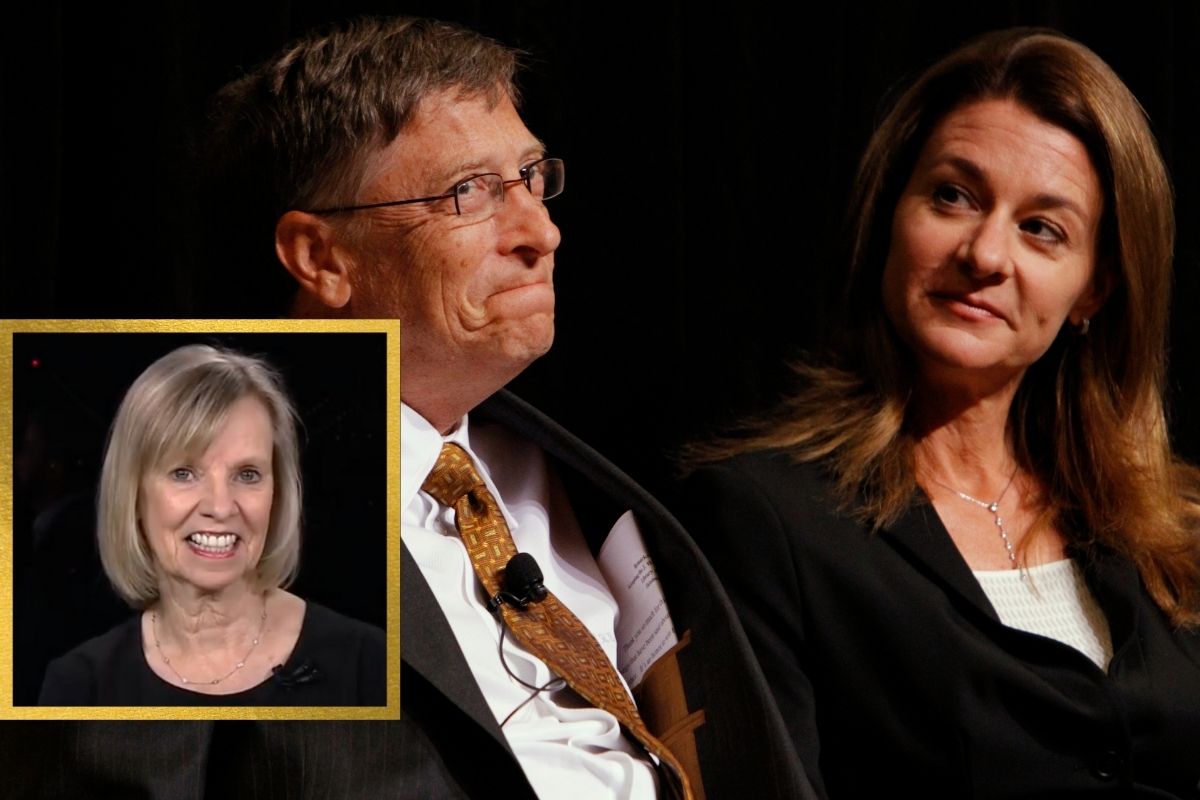 On May 4, the billionaires Bill and Melinda Gates announced that they are divorcing. Throughout 27 years of marriage, the couple raised three children and founded the Bill and Melinda Gates Foundation, one of the largest private charities in the world. And with the massive amount of wealth at stake, this high-profile — no prenup — divorce is captivating the nation… with many Americans left wondering what tore apart the seemingly happy couple.

As more information comes to light, it seems that the split between Bill and Melinda had been in the works for some time. And according to new reports, the break-up is quite scandalous. (Hint: Jeffrey Epstein is involved.)

As a co-founder of the Microsoft Company, Bill Gates revolutionized personal-computer software during the 1970s and ’80s. Since 1987, Gates has appeared on Forbes list of the wealthiest people in the world. (Currently, his net worth ranks behind Jeff Bezos‘, Elon Musk‘s, and Bernard Arnault’s.) So when Bill began dating the Microsoft product manager Melinda French in the late ’80s, he’d already made quite the name for himself. The couple wed on January 1, 1994, had three children together: Jennifer, Rory, and Phoebe.

Together, Bill and Melinda founded the Gates Foundation in 2000 and remain co-chairs. Based out of their hometown of Seattle, Washington, the Foundation aims to improve health conditions, extreme poverty, and unequal access to technology worldwide. The nonprofit holds $46.9 billion in assets and is overseen by three trustees: Bill Gates, Melinda Gates, and Warren Buffett.

Through her work with this charitable cause, Melinda Gates has become her own sort of celebrity over the past 20 years. She often speaks publicly about the need for philanthropy and in 2010, co-founded The Giving Pledge with the other Foundation trustees; the pledge is a commitment by the world’s richest people to donate the majority of their wealth. In 2019, Melinda published her memoir-manifesto on the subject, The Moment of Lift: How Empowering Women Changes the World.

Since Bill formally left Microsoft’s board last year, he also has focused his efforts on philanthropy. At the time of this professional parting, he wrote on LinkedIn: “I have made the decision to step down from both of the public boards on which I serve ? Microsoft and Berkshire Hathaway ? to dedicate more time to philanthropic priorities including global health and development, education, and my increasing engagement in tackling climate change.?

The Gateses released a joint statement from Bill Gates’ Twitter on May 4, reading:

It’s an optimistic message, speaking with hope about their “new life” apart, new reports hint at a tough split for the whole family. Despite Bill Gates being one of the richest people in the world at the time of his wedding in 1994, he and Melinda had no prenuptial agreement.

According to court documents obtained by TMZ, Melinda filed asking the judge to rule their marriage as having ended ?as of the date in the separation contract?? meaning the couple had a separation agreement for some time. Most notable in these documents, however, is the lack of a prenup. A trial is now set for April 2022 though it?s quite possible — even likely — that the divorce will be settled out of court. On the exact day that Melinda filed for divorce, Bill transferred $1.8 billion in stock to her, indicating some kind of official agreement.

“By now many of you have heard the news that my parents are separating. It’s been a challenging stretch of time for our whole family. I’m still learning how to best support my own process and emotions as well as family members at this time, and am grateful for the space to do so. I won’t personally comment further on anything around the separation. Thank you for understanding our desire for privacy while we navigate the next phase of our lives.”

Since the announcement of the Gates divorce this week fascinated parties dug up a 1997 Time Magazine interview with the Microsoft head in which he mentioned an… unconventional agreement with his wife. Melinda would allow him to go on yearly vacations with his ex-girlfriend, businesswoman Ann Winblad at Winblad’s beach cottage in North Carolina.

That might sound weird enough. But now many people are wondering whether those visits were officially included in their initial marriage negotiations. So far, that remains unclear — though more details might follow. One thing is for sure though: Melinda is not happy with Bill, and it looks like the kids are on her side.

According to TMZ, Bill and Melinda wanted to announce their divorce publicly back in March. The plan was for Melinda to rent an entire island to herself and her children as the story broke. The divorce statement was eventually delayed, due to back-and-forth between the Gates’ laters, but Melinda indeed took that trip. In March, she rented the Calivigny Island in Grenada for a whopping $132,000 per night. Her children and their significant others joined her on the paradisiacal getaway. But it’s clear that Bill was never invited. In all, the presence of the children trip hints at exactly who they are supporting when tensions are high.

The past week has revealed further Gates drama as women who worked with Bill at Microsoft speak out about some awkward interactions. Bill ?sought to initiate an intimate relationship with a company employee in the year 2000,? a Microsoft spokesperson announced on May 16. But since that affair, which reportedly ended amicably, Bill pursued other co-workers. In 2006, he asked out a female Microsoft employee via email. According to The New York Times, his message included the note: ?If this makes you uncomfortable, pretend it never happened.? In 2008, he asked employee from the Gates Foundation out while they were attending a cocktail party. The woman said that he asked quietly, saying, ?I want to see you. Will you have dinner with me?? Though Bill’s, behavior was not considered predatory, such advances are said to have made the professional atmosphere somewhat uncomfortable.

And that’s not all. Melinda, who founded her reputation lauding feminism in the workplace, expressed disapproval with how her husband once handled a case of sexual harassment at the company. In 2018, the Gates’ longtime money manager Michael Larson was accused of sexual harassment and Bill decided to handle the matter confidentially rather than opt for an external investigation. Larson still works for Bill.

But it turns out that Bill had ties to an even bigger creep.

Bill and Melinda Gates once met with the convicted pedophile Jeffrey Epstein at his New York City apartment in 2013… five years after Epstein first pled guilty to procuring a child for prostitution. Reportedly, Melinda was so uncomfortable and found Epstein so vile that she left angrily and urged her husband to cease communication with the so-called financier.

But it seems that Bill had maintained some kind of friendship with Epstein. The New York Times reported three meetings between the two men in 2011. Additionally, two of Bill’s professional associates, Boris Nikolic and Melanie Walker, were also working closely with Epstein. In 2019, the story broke that Gates had funneled money into the MIT Media Lab at Epstein’s behest. Having already done time for a sex crime, it seems MIT would do not want to accept Epstein’s money directly.

In 2013, Gates apparently flew from New Jersey to Palm Beach on Epstein?s infamous private jet called the “Lolita Express” private jet from New Jersey to Palm Beach, Florida, according to flight records reviewed by the Times. For his part, Bill has consistently denied the friendship telling the Daily Beast: I didn?t go to New Mexico or Florida or Palm Beach or any of that. There were people around him who were saying, ?Hey, if you want to raise money for global health and get more philanthropy, he knows a lot of rich people.? But that seems like a pretty flimsy excuse for a man who has, say, $130.4 billion of his own wealth to provide.

Editor’s Note: This article was originally published May 7, 2021.

WATCH: First Ladies Who Were Stepmothers in the White House