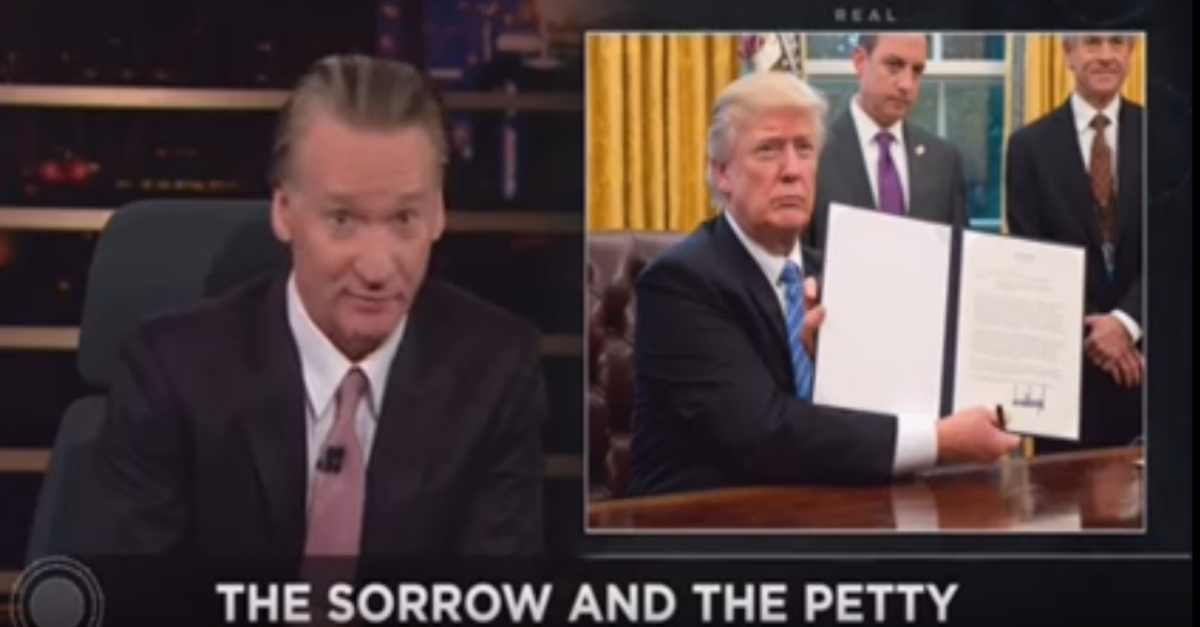 Bill Maher is indubitably a left-leaning late night host but, like most on the left, he realizes that there’s a serious problem with the Democratic party. The new season of Maher’s show, “Real Time with Bill Maher,” is currently playing on HBO, and on Friday night’s episode, the host took issue with the Democrat’s attitudes following the election.

Maher posits that liberals are getting way too caught up in being politically correct, and while they’re complaining about their feelings getting hurt, the Republicans are taking over the government. He pointed out that the right won “the White House, both houses of Congress and two-thirds of governments and state legislatures” while liberals “caught Steve Martin calling Carrie Fisher beautiful in a tweet and made him take it down.” He then had to state that he wasn’t “making that up.”

In the midst of his dialogue, Maher joked, “someone tweet me right now and tell me how that was inappropriate so I can tell you to go f*** yourself.”