UPDATE: HBO condemned Maher’s use of the N-word and vowed to remove it from future airings of the segment. Maher, known for being unapologetic, has apologized:

“Friday nights are always my worst night of sleep because I’m up reflecting on the things I should or shouldn’t have said on my live show,” he said. “Last night was a particularly long night as I regret the word I used in the banter of a live moment. The word was offensive and I regret saying it and am very sorry.”

Bill Maher had Sen. Ben Sasse (R-Neb.) on his HBO show, “Real Time with Bill Maher,” Friday to talk about the latter’s book, but that’s not what anyone is talking about today.

Early on in their back and forth, Sasse invited Maher to visit Nebraska and “come work in the field with us.”

Maher reacted by saying “Work in the fields? Senator, I am a house n——,” eliciting no verbal response from Sasse and a mixed reaction from the audience.

The host said, “It was a joke,” picking up on the awkward reaction. After that, the two kept moving right along, but the internet did not.

Activists like Deray McKesson believe it was enough for Maher to lose his job.

But really, @BillMaher has got to go. There are no explanations that make this acceptable. pic.twitter.com/K5XlEjekQ9

Others agreed that an immediate firing is warranted.

RELATED: Bill Maher destroys Hillary Clinton after her speech this week, hopes she “stays in the woods”

And why did the audience think it was okay to laugh? And Ben Sasse doesn't even flinch. What is happening in the world?

Sasse tweeted a rapid fire reflection early Saturday on his “Real Time” appearance and indicated that Maher’s use of free speech here was irresponsible and that his own “cringing” reaction wasn’t enough.

Am walking off a redeye from LAX.
3 reflections on @billmaher
1. I’m a 1st Amendment absolutist. Comedians get latitude to cross hard lines.

2. But free speech comes with a responsibility to speak up when folks use that word. Me just cringing last night wasn’t good enough.
(2of4?) https://t.co/e4Bw8s8tV2

(4of4)
"…The history of the n-word is an attack on universal human dignity. It’s therefore an attack on the American Creed. Don't use it.” https://t.co/kEZm5vPFHK

Sasse said that if he could go back in time, he’d say, “Hold up, why do you think it’s okay to use that word? The history of the n-word is an attack on universal human dignity. It’s therefore an attack on the American Creed. Don’t use it.” 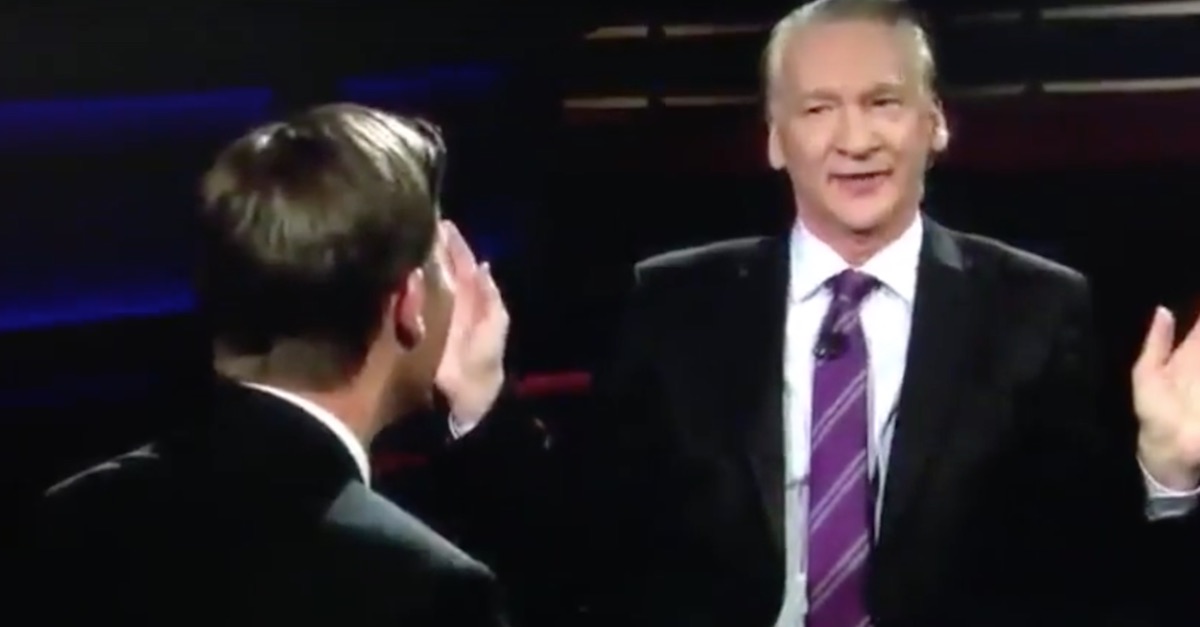