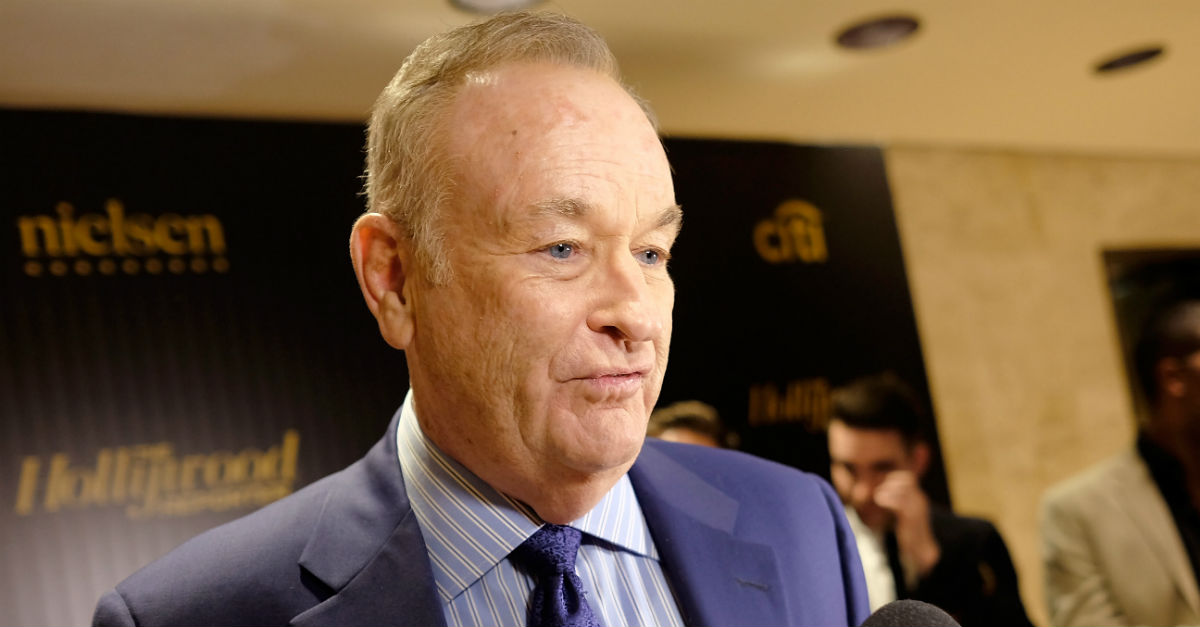 Bill O’Reilly says that he is “mad at God” after the sexual harassment allegations against him worsened with the news that he paid $32 million to settle one of the cases.

On Monday’s edition of his webcast, “No Spin News,” the former Fox host declared, “I’m mad at God … I wish I had more protection. I wish this stuff didn’t happen. I can’t explain it to you. Yeah, I’m mad at him.” On Friday, The New York Times broke a story saying that O’Reilly made the huge settlement with Lis Wiehl, a former analyst on the network. The settlement came in January, six months after Roger Ailes was fired, and was the sixth agreement made by Fox or its star face to quiet sexual harassment allegations.

After the January settlement, the Murdochs (who own Fox) renewed O’Reilly’s contract; however, they were reportedly worried that the harassment claims might become public, and they included language that allowed the company to part ways with the juggernaut host in the event that the news got out.

During his webcast, O’Reilly didn’t stop at blaming the higher powers. He also threw dirt at the New York Times, saying, “I truly believe that these people at the New York Times are out to hurt people with whom they disagree. They don’t want me in the marketplace. That’s what this is all about.” the Washington Examiner reports.

When contacted by the New York Times for comment, O’Reilly said:

[The allegations are] politically and financially motivated and we can prove it with shocking information, but I’m not going to sit here in a courtroom for a year and a half and let my kids get beaten up every single day of their lives by a tabloid press that would sit there, and you know it.