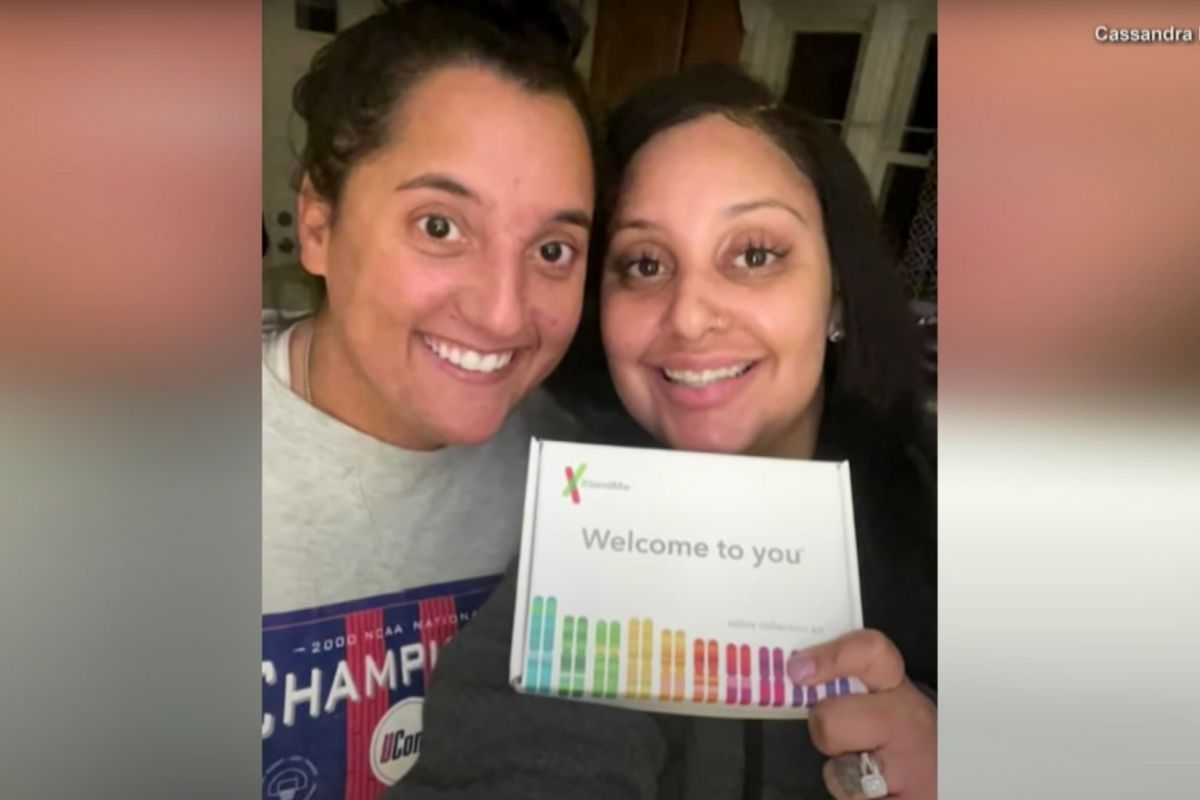 This happy news story out of New Haven, Connecticut seriously sounds like a sequel to The Parent Trap. Two biological sisters, given up at birth for adoption, have been reunited by pure coincidence. Cassandra Madison and Julia Tinetti met while working at the same restaurant and instantly became best friends. Nine years later, a DNA test has confirmed that they are also full siblings.

According to WTNH, Cassandra Madison and Julia Tinetti were in their early twenties when they met, in 2013, working at The Russian Lady, a pub in downtown New Haven. Madison noticed a Dominican Republic tattoo on Tinetti’s left arm, and was excited to inform her co-worker that she was also Dominican… and had the same tattoo on her back! From then on, their friendship was solidified. And it didn’t take long to notice more similarities between the pair.

They had both been adopted and raised by single mothers in America. Since they also looked similar, naturally they wondered if they could be related. But due to errors in Julia Tinetti’s adoption paperwork, they thought it was not possible. But their big sister-little sister dynamic continued anyways. According to Nexstar, Tinetti has described purposely “twinning“ with her friend by wearing the same clothes. Still, they lived without the realization… for nearly a decade.

In 2018, Cassandra Madison successfully tracked down her biological father using a DNA test kit that linked her to a cousin, also living in Connecticut. Through that, Madison was put in contact with her father who still lives in the Dominican Republic. He and Madison’s mother, who passed in 2015, have seven children that they kept. And, it turned out, one more that they’d given up.

Their biological father admitted the truth about this other daughter reluctantly. He explained to Cassandra Madison that it was a difficult period to think about, since he and his wife could not afford to keep the two girls. That’s why he did not bring it up sooner. Hearing this news, Madison hoped that Tinetti’s adoption papers had indeed been incorrect. The girls finally decided to undergo their own DNA test for the first time — nine years after they’d first met at The Russian Lady restaurant. (Madison is now 32; Tinnetti is 31.)

Two weeks later, the results confirmed that these girls were full sisters. Last week Madison and Tinetti decided to share their rare story on social media last week, through a now-viral TikTok. And as we come out of a painful pandemic year, with so many relatives lost to Coronavirus, it’s truly heartwarming to hear about this unlikely family coming together. Attention filmmakers: somebody, please, make a documentary about this!

WATCH: President Joe Biden Claimed He Was Arrested for Trespassing at the US Capitol