Women’s Birth Control Implant Migrated from Arm To Her Lung 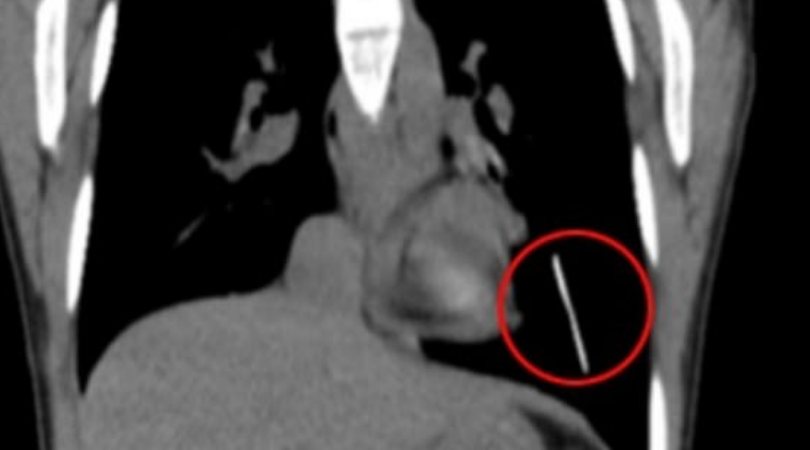 Listen, as a woman in her mid-twenties I can assure you that Birth control is a pain. Sometimes it absolutely sucks to be on birth control pills because you need to take it at the same time every day, and never skip a day because then a surprise baby will pop up. It’s terrifying. Which is why sometimes, women decide to ditch those pills and get easier birth control methods. Like in this case, where a woman decided to get the Implanon NXT contraceptive implant.

The Implanon is a small flexible plastic rod device that is interested under the skin in your upper arm. It pretty much works the same as pills, the only difference is the Implanon uses hormones to prevent ovulation. But, never did I imagine that we would have to worry about it traveling down from your arm and to your lungs.

Which is exactly what happened to this woman, who was surprisingly not a stranger to the Implanon. She had used the device for eight-years and had three different rods inserted. But, after the woman’s third implant was inserted, she noticed some abnormal bleeding that lasted for three months. When she went to her doctor, they couldn’t find the implant in her arm, so he decided to order a chest X-ray. Which is when the doctor found the woman’s implant had migrated to her lungs.

So how exactly does this happen? Well, according to the case report, implant devices move within your body if they are inserted too deep in your arm. Doctors also note that “vigorous physical exercise” after it’s inserted could make it move. Luckily, the woman healed well after having the implant removed from her lung via surgery and no further complications were reported. She was quickly discharged four days after.

I know, I know, it’s some scary stuff. But, if you have the Implanon or are considering getting one, don’t worry. Migration of an Implanon to the lungs is very very rare. Thank God. However, if you do notice that your periods are irregular after insertion, it’s important to go and see your doctor. Although the chances of your device moving around your whole body are small, it can’t hurt to double-check if you think something is off. Oh, and maybe skip the gym for a few days after getting new birth control. Better safe than sorry.