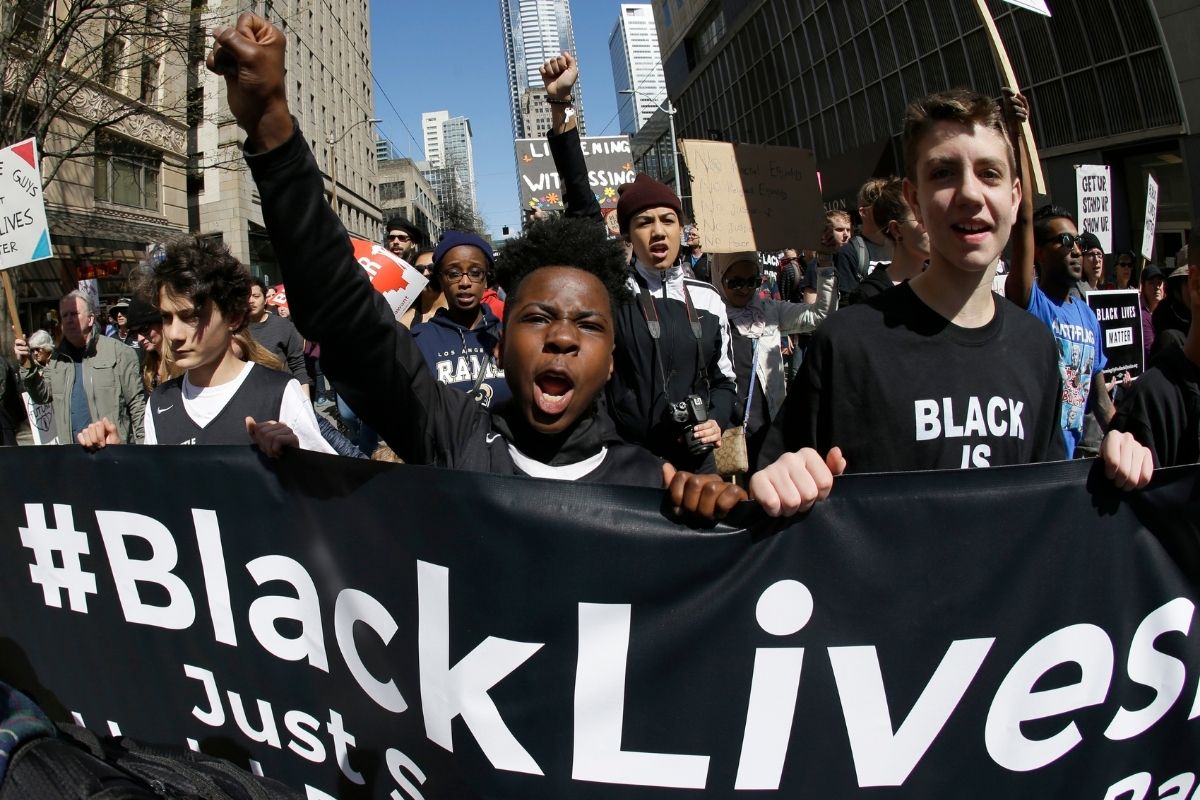 The Black Lives Matter movement has officially been nominated for the 2021 Nobel Peace Prize. Norwegian MP Petter Eide nominated the global movement for their heavy struggle ?against racism and racially motivated violence.? In the official nomination papers, he wrote, “BLM’s call for systemic change has spread around the world, forcing other countries to grapple with racism within their own societies.?

The Black Lives Matter movement came to light days after an unarmed George Floyd was killed by a police officer in Minneapolis last year in May 2020. The movement continues to shine a light on what is called systemic racism and calls for the end of police brutality from small American towns to Urban cities. The group started with the hashtag back in 2012 after the shooting death of Trayvon Martin by George Zimmerman in Florida and has now grown into a physical and social media movement.

The organization branched out all over the world and held several boycotts, rallies, and other actions across the US. The movement has been used heavily online in order to spread the message against police brutality, and globally it is now being used by many to show solidarity with African Americans. Eide, who has represented the Socialists left party in the parliament since 2017, stated he believes Black Lives Matter is a “legacy from both the civil rights movement in America and the anti-apartheid movement in South Africa.”

He continued, “The Norwegian Nobel Committee has always recognized a strong connection between racial justice and peace.? Back in 1964, Dr. Martin Luther King Jr. was awarded the prize for his non-violent struggles for civil rights for the Afro-American population. The Nobel committee twice awarded the Peace Prize to several anti-racist South Africans, including Albert Luthuli in 1960 and Nelson Mandela in 1993.

Black Lives Matter has been nominated for a 2021 Nobel Peace Prize.https://t.co/blzUTF9YFI

Eide noted, “Awarding the Peace Prize to Black Lives Matter, as the global strongest force against racial injustice, will send a powerful message that peace is founded on equality, solidarity, and human rights and that all countries must respect those basic principles. According to a 2020 report from the Armed Conflict Location & Event Data Project, around 93 percent of racial Justice protests in the United States since the tragic death of George Floyd have been non-destructive and peaceful.

Through Twitter, Black Lives Matter released a statement about the nomination, saying, “We hold the largest social movement in global history. Today, we have been nominated for the Nobel Peace Prize. People are waking up to our global call: for racial justice and an end to economic injustice, environmental racism, and white supremacy. We’re only getting started.” Any politician who is serving at a national level can submit any nomination for the Nobel Peace Prize. The winners of the Nobel Prize will be revealed in October with an award ceremony scheduled for December 10th.

We hold the largest social movement in global history. Today, we have been nominated for the Nobel Peace Prize. People are waking up to our global call: for racial justice and an end to economic injustice, environmental racism, and white supremacy. We're only getting started ✊🏾 pic.twitter.com/xjestPNFzC