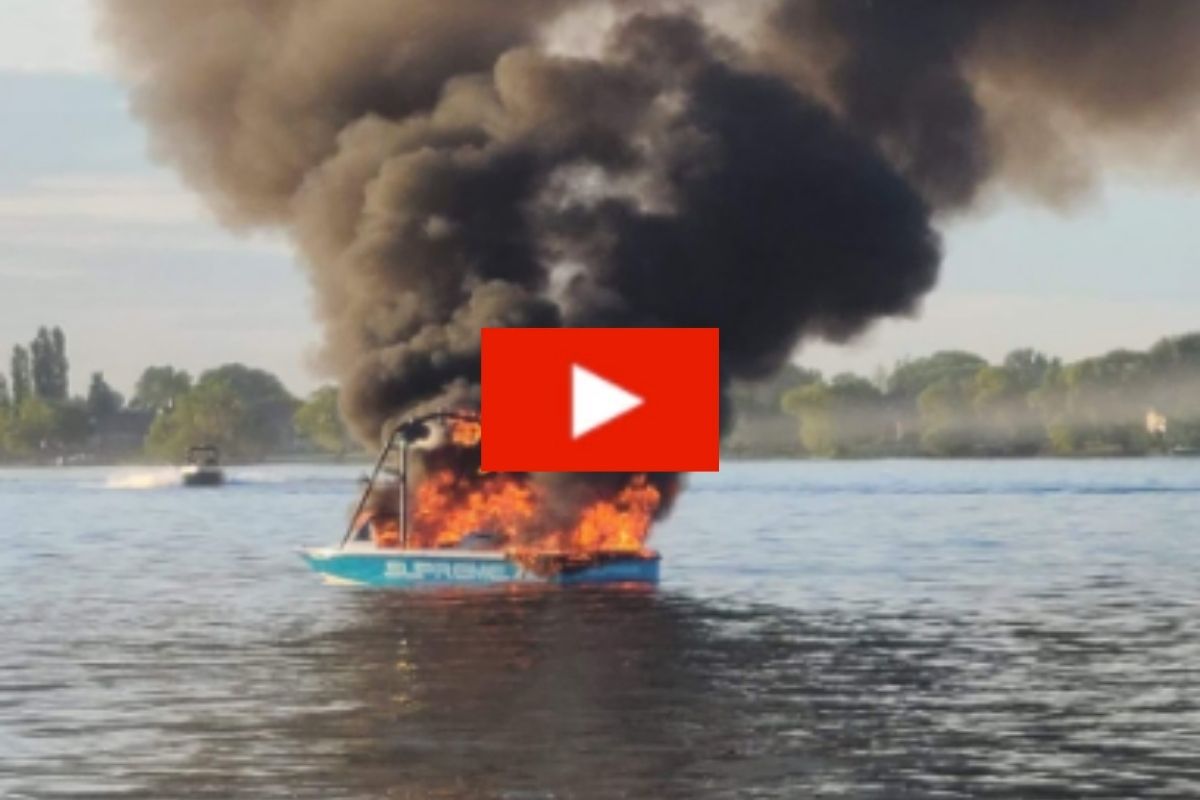 Pride month began yesterday on June 1, and as the pride flags are going up to celebrate the LGBTQ+ community, so did one lady’s middle finger; and the karma that came after was very real. A family with pride flags on their boat was celebrating Memorial Day weekend on Moses Lake in Washington when other boaters started circling their own boat. Originally, they thought the random boaters were supporting their flags, only to find that the people on the boat were actually mocking them.

Boaters Get Karma for Harassing Other Boat with LGBTQ Pride Flags

Video of the event pic.twitter.com/JYLqulzqea

The family with the gay pride flags heard the passengers on the other boat throw gay slurs, while one of them threw her middle finger up. Shortly after, however, the boat doing the harassing got instant karma as it burst into flames, causing the passengers to quickly flee the burning boat.

The viral video of the incident took off on social media, namely TikTok under @uhohbigboi and Twitter under @retro_ushi_, with the tag #karmaisreal. The tweet read, “These people harassed my family because we were flying gay pride flags … by racing around us and shouting gay slurs. Then, their boat literally blew up! #KarmaIsReal.”

Robbie, the person who tweeted his brother’s TikTok video of the event, explained to the Washington Post how even though they helped the overboard group of boaters, despite the hate, the passengers were still hateful, saying, “The passengers were quite rude, shouting over us, ignoring my [inquiries] about their well being when on the 911 call and smoking a vape pen on our boat without even so much as asking if they could; several passengers of our boat have asthma. Eventually, police arrived to extinguish the flames. The rescued boaters left to jump on a friends’ vessel without saying ‘thank you.'”

The Grant County Sheriff’s Office explained that they were investigating to see if a crime occurred. In the meantime, Robbie, his brother, and his brother’s partner continue to proudly celebrate Pride month, as they should.

And we're back at it again! We will not hide our #pride pic.twitter.com/Fp9rbCNVmy