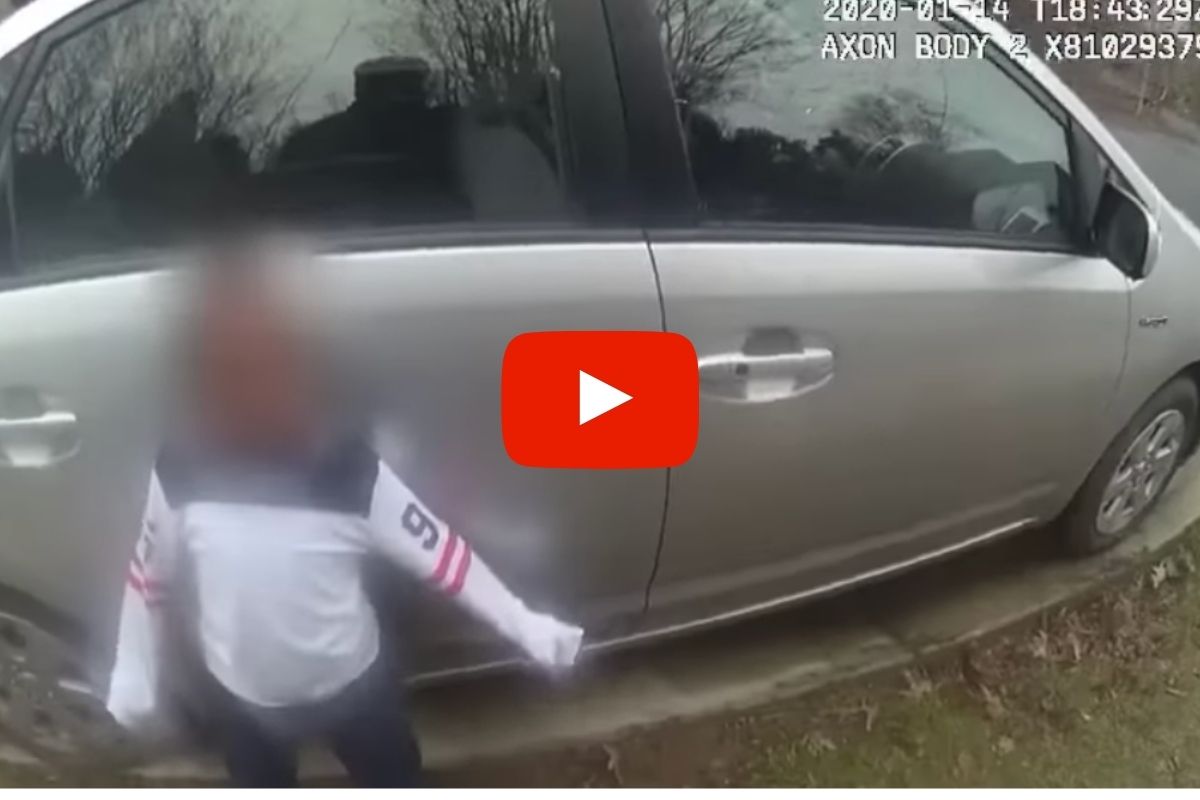 It’s no secret that now more than ever a lot of disturbing videos and body camera footage from police officers have been emerging. Unfortunately, a lot of the footage is unsettling to some and makes us wonder what exactly is going on in that situation. Like in this case, where the video not only upset me but made my heartache for this little boy. A bodycam video just resurfaced of an incident that took place in January 2020 where multiple officers can be heard using intimidation tactics on a five-year-old boy. The boy had apparently wandered away from East Silver Spring Elementary School and didn’t want to return.

In the video officers can be seen yelling in the child’s face, advocating for people to beat their children, and briefly handcuffed the boy. According to the Montgomery County Police Department press release, two officers were called to the elementary school by an employee of the school to help retrieve the child who had run away.

The body camera video shows officers driving through a residential neighborhood and finding the child leaning against a car. One male officer starts the conversation saying, “come here, buddy. What’s going on man? What are you doing?” When the child doesn’t respond, the officer appears to kneel down to his level and then begins to ask a boy why he thinks he can make his own decision when he isn’t an adult.

TRIGGER WARNING: MCPD has released the body cam footage I have been requesting related to the 5 year old detained by police, my statement and a link to the footage below. pic.twitter.com/joJlwdiHNl

The officer continued, “I don’t care if you don’t want to go to school, you don’t have that choice. Do you understand?” That’s when the officer gets irritated and takes the boy by his arm and leads him to the police cruiser as the boy begins to cry. A female school employee is also seen in the video holding his hand, telling him that she’s riding with him back to school. The crying boy is then buckled into the back seat of the police car. The female officer is heard asking the boy, “does your mom spank you? She’s going to spank you today. I’m going to ask her if I can do it.”

Once at the school, the female officer is heard saying, “this is why people need to beat their kids.” In the administration’s office, the female officer at one point stands over him and yells at the boy’s face as he continues to cry. The boy is then told that he’s being “mad rude” and eventually the male officer calls the child’s mother.

When the boy’s mother arrives the male officer tells the boy that later in life when he wants to make his own choices, handcuffs would be his best friend and then puts the handcuffs on the 5-year-old boy. The male officer then puts the child’s hands behind his back demonstrating how a cop would handcuffing someone, saying, “These are for people who don’t want to listen and don’t know how to act. Is that how you want to live your life?”

As expected the boy’s family filed a lawsuit against the two Montgomery County police officers, the county itself, and the Montgomery County Board of Education claiming that the boy was assaulted and had suffered mental anguish during the incident. The family is now being represented by Attorney James Papirmeister and Matthew Bennett. The attorneys stated that they counted at least 15 to 20 times that police officers told the boy that he needed to be beaten. Papirmeister stated that the incident shows a need for countywide training of police officers especially when it comes to children.

The boy is currently receiving trauma therapy for the situation and both he and Bennett stated that they are seeking monetary compensation on the behalf of the boy’s family. Through a statement, the Montgomery County Police Department said a thorough investigation was conducted of the event, adding that the same investigation has been concluded. The statement read, “The findings of this internal investigation, as in all internal matters, are confidential under Maryland law. Both officers remain employed by the Montgomery County Department of Police.”