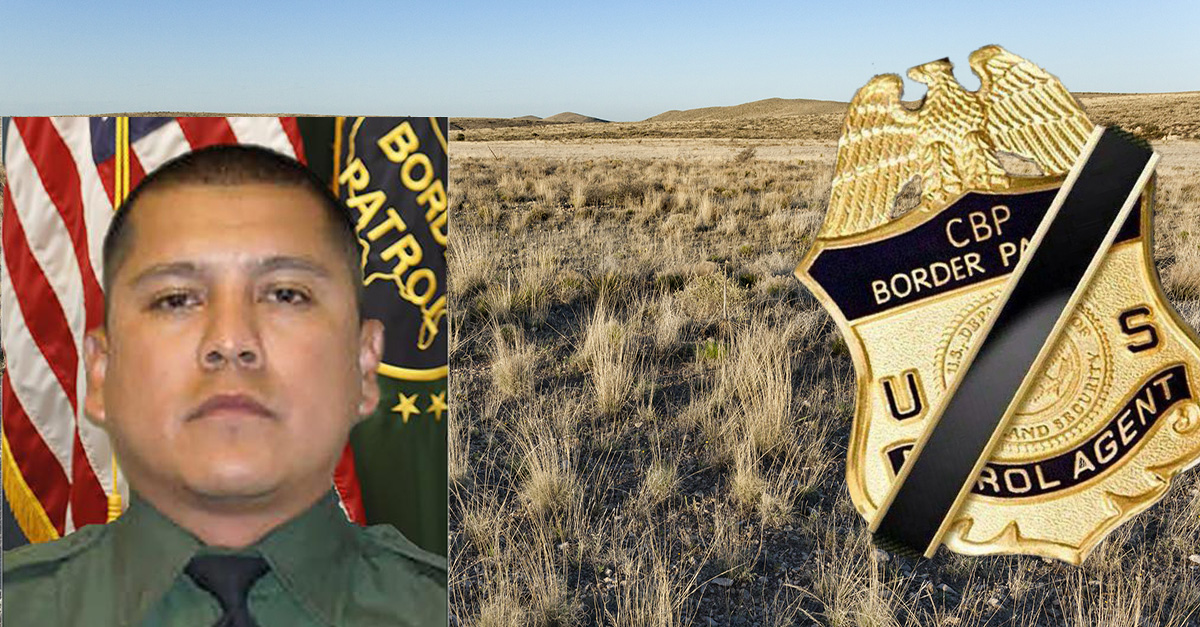 Investigators believe a border patrol agent who died in West Texas after suffering extensive injuries to his head and body may have fallen down a 14-foot (4-meter) culvert, and his partner, who radioed for help, has no memory of what happened, according to a U.S. official with knowledge of the investigation.

FBI spokeswoman Jeanette Harper said in a statement Monday that both agents were found late Saturday night in a culvert near Van Horn and that both had traumatic head injuries. Harper said Rogelio Martinez died early Sunday. The FBI is leading the investigation and results of his autopsy are pending.

Another U.S. official, who was briefed on the investigation but is not authorized to speak publicly and spoke on condition of anonymity, said Monday that Martinez was found at the bottom of the culvert and that investigators believe he may have fallen. The official said it happened after dark in an area that’s known for drug activity and where agents often look for drugs in culverts.

Authorities haven’t offered an official explanation of what happened to Martinez and his partner, and a border patrol supervisor said reports that the agents were attacked are “speculation.”

.@jessebwatters on @POTUS's Mexico border wall plans: "When someone is killed w/ a gun, the left wants gun control, but when a border patrol agent is killed, you'd think that they'd want border control." #TheFive pic.twitter.com/40WnTofzca

Several elected officials, including President Donald Trump, have called Martinez’s death an attack. Rush Carter, a supervisor for the U.S. Customs and Border Patrol region that includes the area where Martinez died, said all the agency can confirm is that the two “were injured while performing their regular duties.”

“We are waiting for the investigation to fully determine how those injuries happened,” Carter said Monday night.

Harper told the San Antonio Express-News on Sunday that Martinez and his partner were “not fired upon,” but she didn’t elaborate.

“I would tell him, ‘Son, that job is too dangerous.’ But he would say, ‘Dad, it’s the job I like. I want to defend my country from terrorists . I want to prevent terrorists and drugs from coming into the country,’” Martinez said.

Rogelio Martinez, father to an 11-year-old, lived in El Paso and joined the Border Patrol in 2013.

CBP issued a statement Sunday that was thin on details, saying the two agents “were responding to activity” near Interstate 10 and close to Van Horn, about 30 miles (50 kilometers) from the border with Mexico and 110 miles (175 kilometers) southeast of El Paso. A CBP spokesman said Martinez and his partner were taken to a hospital, where Martinez died. Martinez’s partner, whose name hasn’t been released, was in serious condition.

Kevin McAleenan, acting commissioner of CBP, said in a letter sent to border agents on Sunday that Martinez was unconscious when agents found him with “multiple injuries” to his head and body.

Chris Cabrera, a spokesman for a border patrol agents union, the National Border Patrol Council, told The Associated Press that the two agents appeared to have been struck in the head with a rock or rocks. Cabrera said agents who responded to the scene described it as “grisly” and said Martinez and his partner had “extensive injuries.”

Texas Gov. Greg Abbott announced a $20,000 reward Monday for information that leads to an arrest or conviction in the case. The Republican also tweeted that “resources must be increased to prevent these attacks in the future.”

RARE OPINION: Donald Trump shouldn’t shut down the government over his border wall

Republican Sen. Ted Cruz took a similar approach in a news release: “We are grateful for the courage and sacrifice of our border agents who have dedicated their lives to keeping us safe.”

Trump took to Twitter on Sunday to insist that Martinez’s death underscores the need for a wall along the border between the U.S. and Mexico.

“Border Patrol Officer killed at Southern Border, another badly hurt. We will seek out and bring to justice those responsible. We will, and must, build the Wall!” he tweeted.

Border Patrol Officer killed at Southern Border, another badly hurt. We will seek out and bring to justice those responsible. We will, and must, build the Wall!

The president offered his condolences to Martinez’s family. He also said Martinez’s partner was “brutally beaten and badly, badly hurt” but that it “looks like he’ll make it.”

Authorities haven’t said whether they have any suspects or whether they think smugglers or people who were in the country illegally were involved.

Border Patrol records show that the agency’s Big Bend sector, which includes the area where the incident occurred, accounted for about 1 percent of the more than 61,000 apprehensions its agents made along the Southwest border between October 2016 and May 2017. The region’s mountains make it a difficult area for people to cross illegally into the U.S. from Mexico.

The Border Patrol website lists 38 agents, not including Martinez, who have died since late 2003. Some were attacked while working along the border and others were killed in traffic accidents.

#CBP mourns the loss of #USBP Agent Rogelio Martinez who passed away this morning. Our thoughts are with his family, friends and fellow Agents during this difficult time. #HonorFirst https://t.co/ALpQ30thVk pic.twitter.com/wLcPzEXtKs

Martinez is the second agent to have died this year.