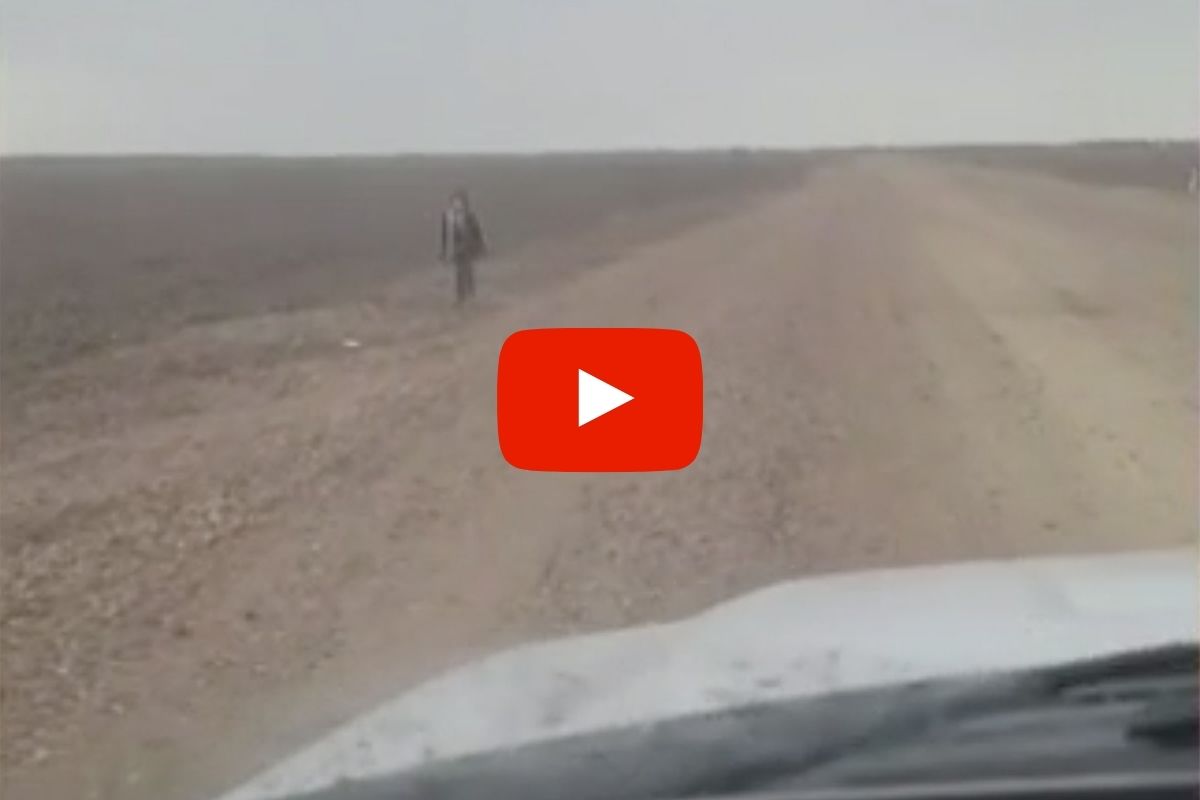 Heartbreaking footage of a 10-year-old boy sobbing and walking alone on a road in Texas has drawn international attention as an example of the increase in unaccompanied migrant children making their way to the U.S.-Mexico Border. The video was taken on April 1 by a Rio Grande Border Patrol agent, where we see the distraught boy, who is from Nicaragua, sobbing to law enforcement and explaining that when he woke up, he realized that the group with who he was traveling with had left him behind.

The migrant boy tells the officer, “I came looking because I didn’t know where to go, and they can also rob or kidnap me or something.” Through a statement, U.S. Customs and Border Protection stated the agent “transported the child to a Border Patrol facility where he was fed and medically screened.” They added, “As with all unaccompanied alien children the border patrol encounters, he will be safely transferred to the custody of the U.S. Department of Health and Human Services, Office of Refugee Resettlement.”

Vice President of policy and advocacy at Kids in Need of Defense, Jennifer Podkul, stated that the Office of Refugee Resettlement, also known as ORR, will “provide care and custody until they can find a sponsor or someone to take care of the child.” Unlike Customs and Border Protection, the Department of Health and Human Services is an agency with child welfare expertise. They manage the Office of Refugee Resettlement.

The video comes just a week after CBP released footage of alleged human smugglers dropping two young girls from Ecuador from the top of a 14-foot barrier located in New Mexico. The video shows the smuggler and another person running away after abandoning the girls, aged 3 and 5, on the Northside of the international boundary line.

A Border Patrol officer stated that they are currently working to reunite the unaccompanied minors with their mother in the United States. According to CBS News, US officials encountered nearly 19,000 unaccompanied children along the southern border in the month of March. President Biden and the Biden administration claim that it’s moving hundreds a day out of Border Patrol stations and tent facilities.