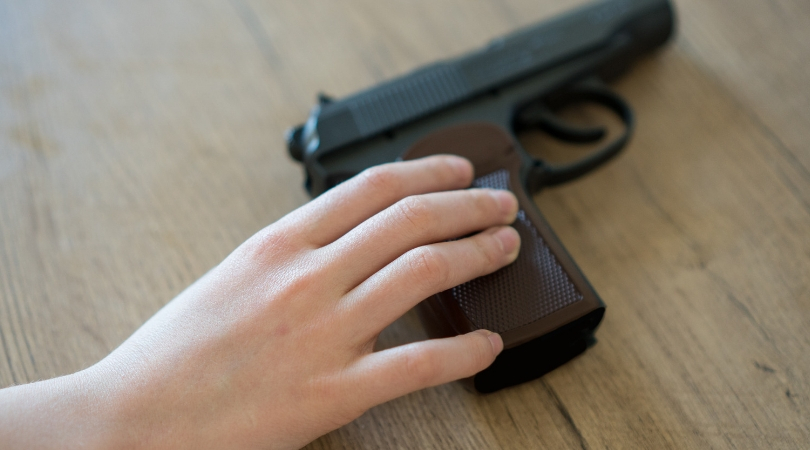 An 11-year-old boy reportedly shot his father, an Indiana State Police Trooper, over video games. According to court documents, the state trooper’s son planned to shoot his dad with his own service gun while he was at school because he “was done with all of that” and “wanted it to end.” What did he want to end? His boredom, which is the dumbest excuse to shoot someone.

The trooper made it a point to keep his 45-caliber service weapon locked inside his police vehicle, so his children wouldn’t have access to it. The boy said he went to his father’s car three different times to look for the gun. When the boy finally got the gun from the unlocked car, he took his father’s service weapon into his parents’ room where they were sleeping.

The boy reportedly waited for about 10 minutes, until his dad rolled over and was facing away from the door. He then fired one shot into his backside near his buttocks. When the trooper started screaming, his wife went to look for the boy and saw him going up the stairs with a bb gun and a taser. The boy’s mother called 911 and locked the door until officers arrived. The trooper is still recovering from the shot but if fortunately steadily improving.

Although I am on a #PositivityMovement, I recognize that We are truly living in the last days. 11-yr old shoots dad over video games. Apparently, no drugs involved, just plain evil. https://t.co/0JOomfuhVp

After questioning, the 11-year-old told investigators that if he didn’t get a PlayStation, an Xbox, and a computer, there would be a “part two”. The boy wanted to shoot his father in the head first, but couldn’t because of the way he was laying down. He also said he tested the taser on the family’s dog before the shooting.

According to court documents, the boy has had a history of behavior problems (duh) which is why his parents recently took his video games and removed them altogether from the home. Last year, St. Joseph County police logged a report indicating the boy was involved in a “possible battery”, injuring an 8-year-old boy who was treated at Saint Joseph Regional Medical Center.

St. Joseph County prosecutors filed a petition against the boy alleging delinquency, which is the juvenile equivalent of a criminal charge, for attempted murder. Now, I’m just going to go ahead and say it…lock this kid up and give him a good spank. Children these days scare me.