Dallas police and SWAT are on the scene of an active shooter at the Hawthorn Suites hotel on Alpha Road in North Dallas.

The hotel has been evacuated, according to WFAA.

SWAT on scene here at the Wyndham on Alpha Road near 635 and Coit. pic.twitter.com/CZmdLgkduV

WFAA reporter Tanya Eiserer says a witness saw a “hysterical” woman in the room where the shooting unfolded. A man is reportedly barricaded inside one of the rooms.

we interviewed a witness who says she saw a hysterical woman who was in the room where this happened. 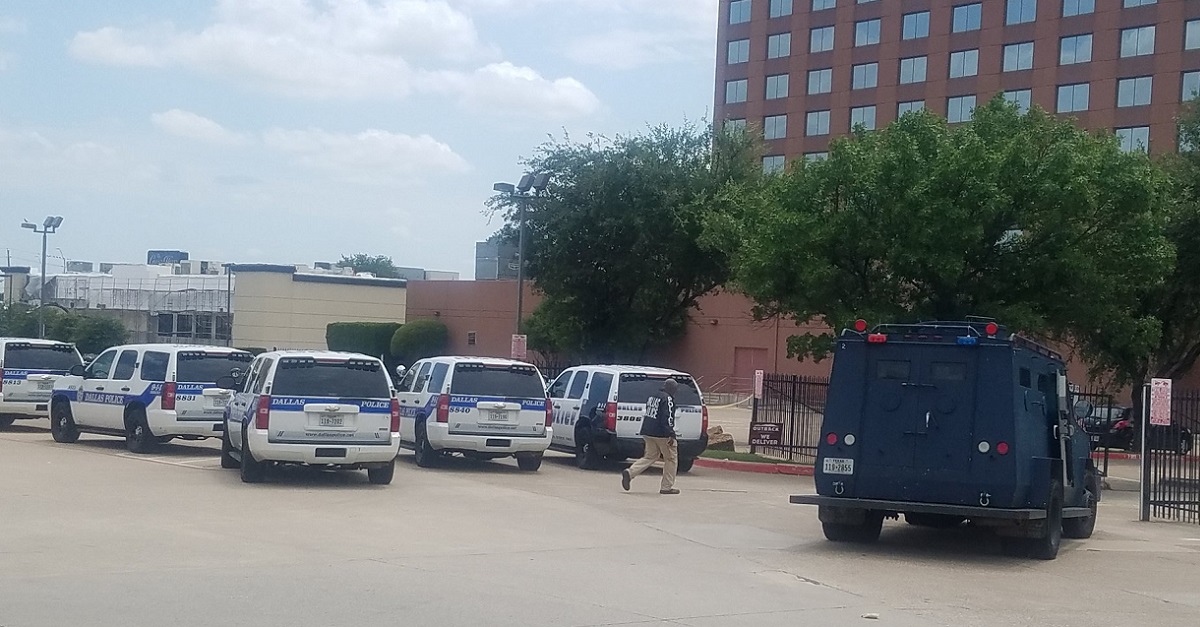