Anthony Weiner was sentenced to 21 months in prison Monday after pleading guilty to sexting a 15-year-old girl, the Associated Press reports.

Weiner, 53, plead guilty in May to one count of transferring obscene material to a minor. Screenshots of their explicit conversations went viral in September 2016.

“I have a sickness, but I do not have an excuse,” he said in a tearful apology to his victim in court.

Wife and long-term Hillary Clinton staffer Huma Abedin filed for divorce from Weiner in May, but a source revealed shortly after that the pair was attempting to work on their marriage.

The 53-year-old former congressman may have to register as a sex offender at a later date.

RELATED: The teen who sexted the disgraced Anthony Weiner has broken her silence 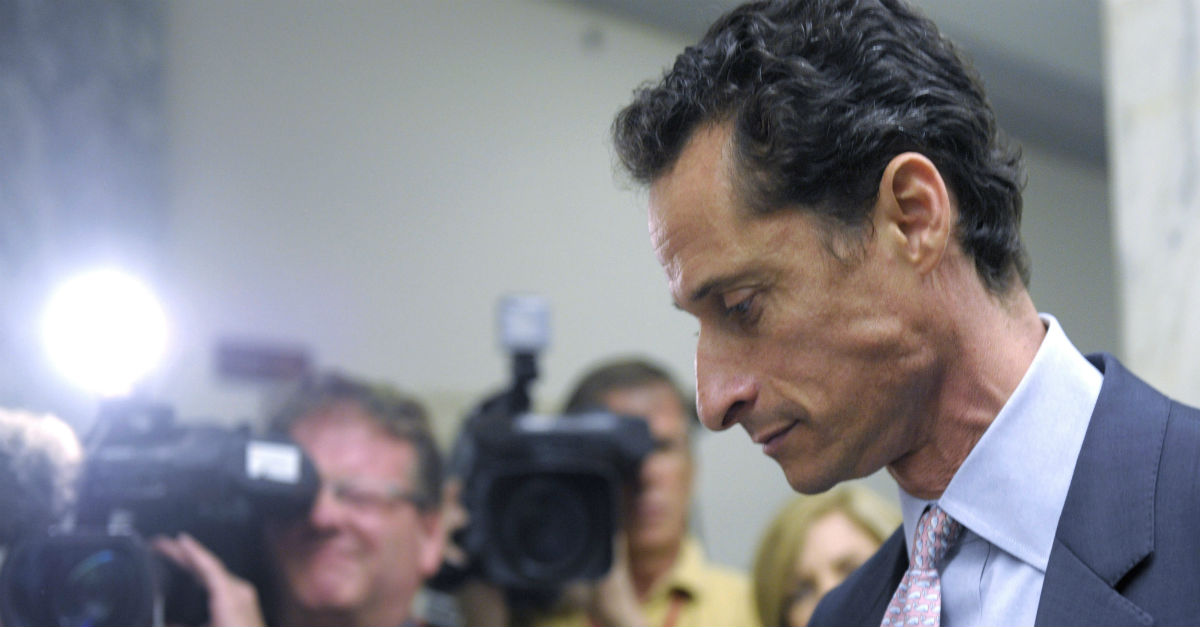