Comey: "I've seen the tweet about tapes. Lordy, I hope there are tapes." pic.twitter.com/tqYeN9Cz7X

At one point in the hearing, Senator Dianne Feinstein (D-CA) asked Comey why he didn’t stop the conversation about former National Security Adviser Michael Flynn as it was happening. Feinstein noted that the Oval Office is intimidating, but said to Comey “you’re a big strong guy.” In response, Comey said, “Maybe if I was stronger [I would have stopped the conversation].” Moments later, he referred to Trump’s tweet insinuating that there were tapes of their conversation and Comey stated, “I hope there are tapes.”

RELATED: James Comey’s hearings starts off with a bang: “those were lies, plain and simple” 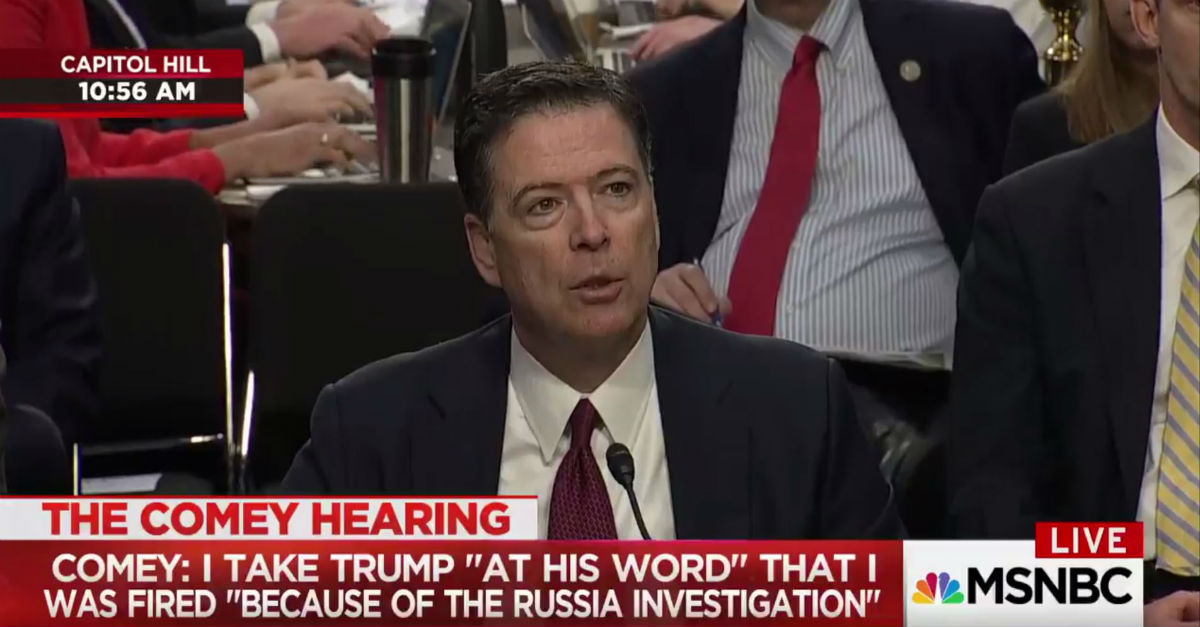