Las Vegas police are investigating reports of an active shooter near the Mandalay Bay Casino.

Reports on social media indicate that shots were fired during the start of a Jason Aldean performance at the Route 91 Country Music Festival. Video from the concert shows people fleeing the scene.

The New York Times confirmed reports of an active shooter situation. Police scanner audio indicates that there were multiple ongoing incidents with an unconfirmed number of casualties.

A spokesperson for the University Medical Center confirmed that they were taking in multiple gunshot wound victims.

Please avoid heading to the south end of the Strip. Las Vegas Blvd is shut down at Tropicana, southbound past Russell Rd at this time. 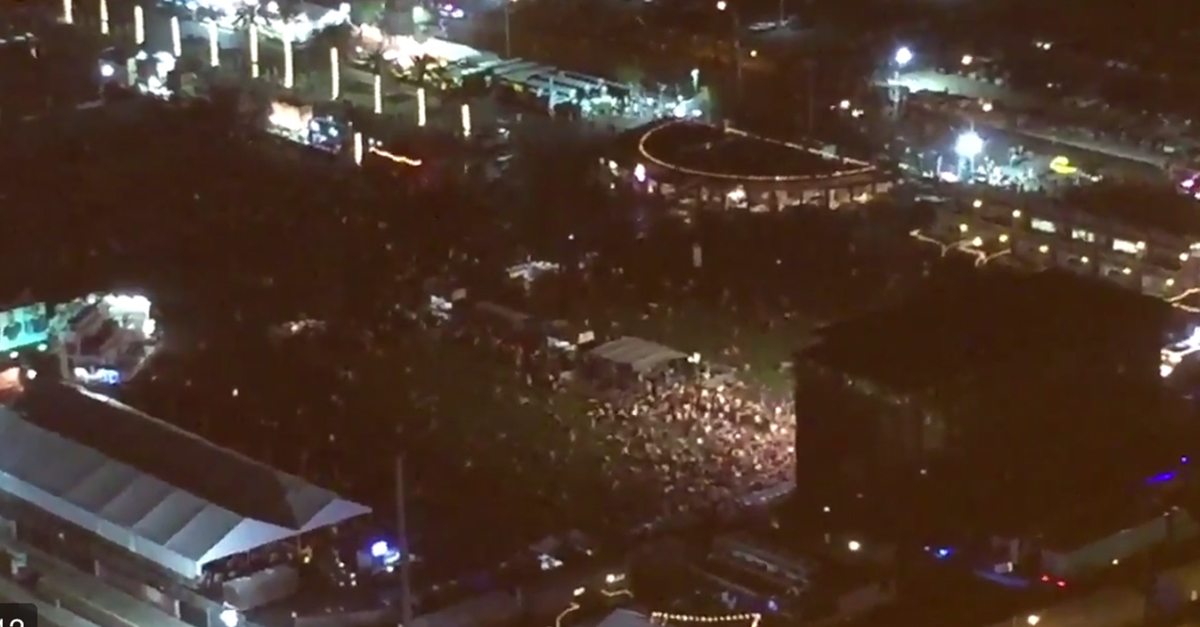