The House of Representatives were scheduled to vote on the American Health Care Act on Friday afternoon.

Nearly an hour before the scheduled vote, House Speaker Paul Ryan pulled the bill. He gave a press conference shortly after the decision.

RELATED: A CNN feed cut out just as White House guests began to explain their negative experiences with Obamacare

Ryan had a simple message, saying “We came really close today, but we came up short:”

BREAKING: Speaker Paul Ryan on failure of health care bill: 'We came really close today, but we came up short.'

Ryan said that the bill was “flawed” and stated concerns over higher premiums.

He also said that there were enough no votes on the bill that were determined to remain unchanged.

During the question period, Ryan said that Republicans would also work on other issues where there more agreeance, but needless to say, there was still some disappointment over the day’s actions:

.@SpeakerRyan after pulling health care bill: "I will not sugarcoat this, this is a disappointing day for us." https://t.co/sx90J5lCXw pic.twitter.com/ikZmYkCmw5

There was speculation that the bill was pulled at the request of either President Trump or White House Chief of Staff Reince Priebus, but Ryan says that he was the one to make the final suggestion:

Speaker Ryan says he told President Trump their best option was to pull the GOP health care bill and he agreed https://t.co/Ymo1U6WJGU

NBC and the Washington Post’s Robert Costa shared a conversation that he had with Trump just after the decision’s enactment:

President Trump just called me. Still on phone.
"We just pulled it," he tells me.

Trump told me he's willing to cut a bipartisan deal in the future: "When it explodes they [Dems] come to us and we make one beautiful deal.”

Some days earlier, White House Press Secretary Spicer ominously warned that the Trump administration would remember “those who stood by [them]” on the AHCA. Trump himself also reportedly gave a similar warning to the Republican opposition to the bill.

A CNN source disclosed that Trump reportedly said “he will have football-stadium events in states where he won by 10-12 points, and he is going to dare people to vote against him” during a White House meeting with various Republican groups.

Following the statements, the Trump team met with the House Freedom Caucus, who had vocally opposed the AHCA alongside prominent conservative groups. Rep. Mark Meadows (R-N.C.), chairman, said that the Freedom Caucus was “really trying to get to yes” with the administration on a bill that would distinguish itself from the ACA:

Rep. Mark Meadows: “I am still a no at this time. I am desperately trying to get to yes.” https://t.co/BSK0D7esHu 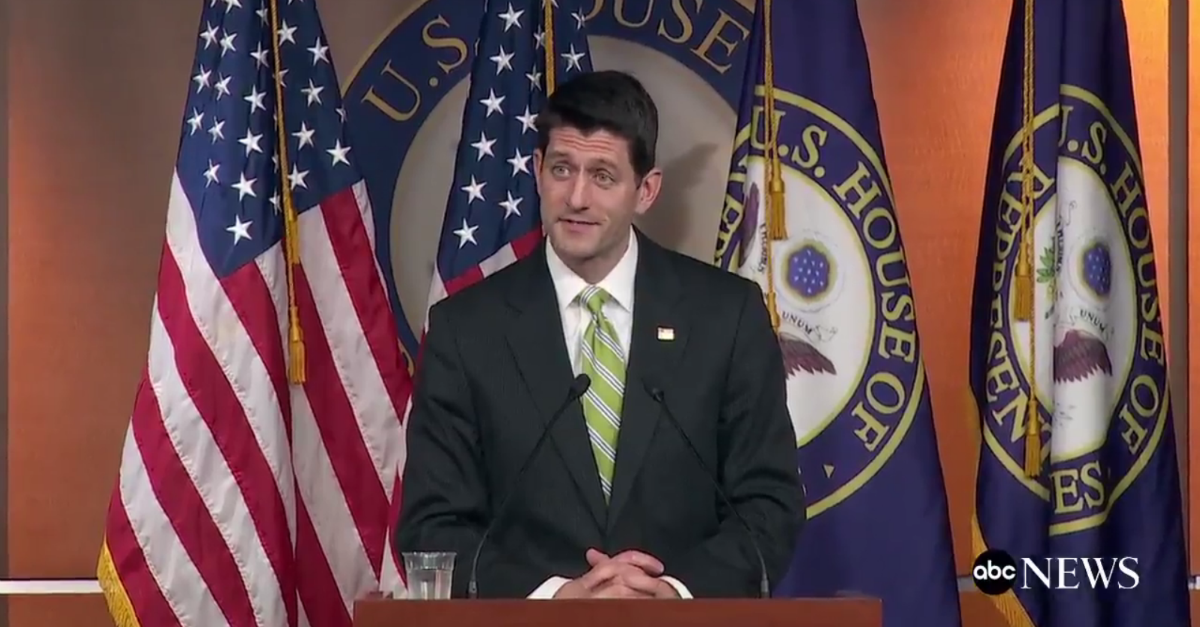