One of the three police officers involved in the Louisville, Kentucky drug operation that led to the tragic death of Breonna Taylor back in March 2020 was indicted on criminal charges. Officer Brett Hankison was fired in June and was indicted on Wednesday on three counts of wanton endangerment in the first degree, which was decided by a Jefferson County Kentucky grand jury. Neither the grand jury nor the presiding judge elaborated on the given charges.

A warrant has been issued for Hankison’s arrest, and a bond has been set at $15,000 cash. As far as the other two officers involved in the raid, Myles Cosgrove and Sgt. Johnathan Mattingly, there have been no changes announced against them. Mattingly was shot in the leg during the incident and underwent surgery after the police operation that killed Taylor.

The indictment was announced 194 days after Taylor, who was a 26-year-old Black woman emergency medical worker, was shot six times by the officers who entered her home using a no-knock warrant on March 13 during a narcotics investigation. Investigations found the bullets fired by Hankison traveled into the neighboring apartment while the residents were home according to the Attorney General Daniel Cameron, who announced at a news conference after the grand jury’s announcement. Hankinson was not charged in Taylor’s death, but rather for endangering the neighbors’ life.

The police officer could face up to five years on each of three counts is convicted. According to Cameron, “The decision before my office as the special prosecutor, in this case, was not to decide if the loss of Ms. Taylor’s life was a tragedy. The answer to that is unequivocally, ‘yes’. I understand that Breonna Taylor’s death is part of a national story, but the facts and evidence in this case are different than others.”

Praying for Breonna’s mother and family. Because they knew and loved her before her name became a hashtag.

He also noted that if we act on outrage or emotion, there is no justice for her death. He noted, “mob Justice is not Justice, Justice. Violence is not Justice. It just becomes Revenge.” Despite an executive a no-knock warrant, Cameron’s office determined based on interviews with several of Taylor’s neighbors that officers did announce himself before breaking down the door of Taylor’s apartment which was occupied by her and her boyfriend, Kenneth Walker. Cameron stated Cosgrove and Mattingly were justified under the Kentucky law and their use of force after being fired upon by Walker, and his office will not pursue criminal charges against them. Cameron noted, “According to Kentucky law, the use of force by Mattingly and Cosgrove was justified to protect themselves. This justification bars us from pursuing criminal charges in Miss Breonna Taylor’s death.”

Walker was charged with the attempted murder of a police officer, but local prosecutors dropped the charge. He told police he heard knocking but did not know who was coming into the home and fired in self-defense. FBI ballistics determine the fatal shot that killed Taylor was fired by Cosgrove. After the announcement of the indictment, people expressed frustration that the grand jury didn’t do more. Linda Sarsour of Until Freedom, shared her thoughts, stating, “Justice has NOT been served. Rise UP. All across this country. Everywhere. Rise up for #Breanna Taylor.” Bernice King, who is the daughter of the late Martin Luther King Jr., also gave her two cents, saying she was praying for Taylor’s mother and family. She noted, “Because they knew and loved her before her name became a hashtag.”

Justice has NOT been served.

Rise UP. All across this country. Everywhere. Rise up for #BreonnaTaylor

Attorney Ben Crump also took to social media, tweeting that the Kentucky grand jury’s decision to indict Hankison, who is a white officer, with three counts of wanton endangerment in first degree “for bullets that went into other apartments but NOTHING for the murder of Breonna Taylor. This is outrageous and offensive!”

Jefferson County Grand Jury indicts former ofc. Brett Hankison with 3 counts of Wanton Endangerment in 1st Degree for bullets that went into other apartments but NOTHING for the murder of Breonna Taylor. This is outrageous and offensive! pic.twitter.com/EarmBAhhuf

The search warrant that was used to search Taylor’s home was connected to a suspect that did not live there, and he was not found inside. The use of a no-knock warrant has since been banned by Louisville Metro Council. Hankison was fired from the Louisville Metro Police Department on June 23rd. According to a termination letter sent to him by interim Louisiana Police Chief Robert Schroeder, the officer violated the procedures by showing extreme indifference to the value of human life when he blindly shot ten rounds of gunfire into the apartment. On September 15, the city of Lewisville settled a lawsuit against three officers that was brought by Taylor’s mother, Tamika Palmer, who agreed to pay her 12 million and enact police reforms.

Protestors in the city of Louisville and across the nation have demanded justice for Taylor and other African American’s,including George Floyd, that were killed in police shootings. Several well known Black celebrities, such as Beyonce and Oprah, have also joined those who are urging that the Kentucky police officers be charged. 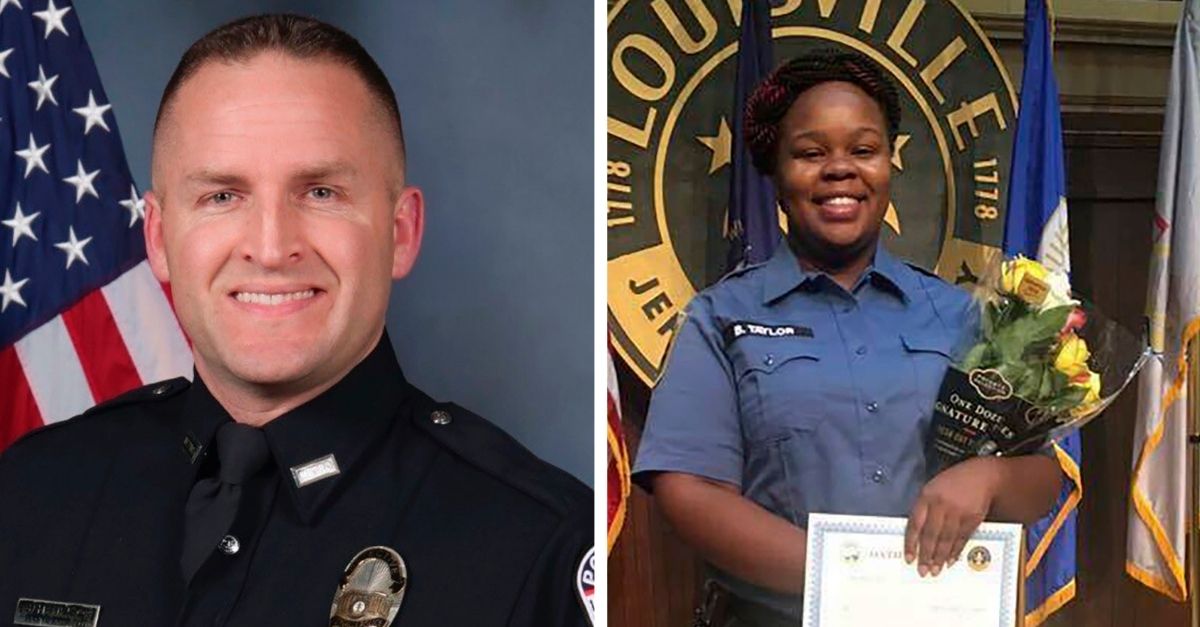