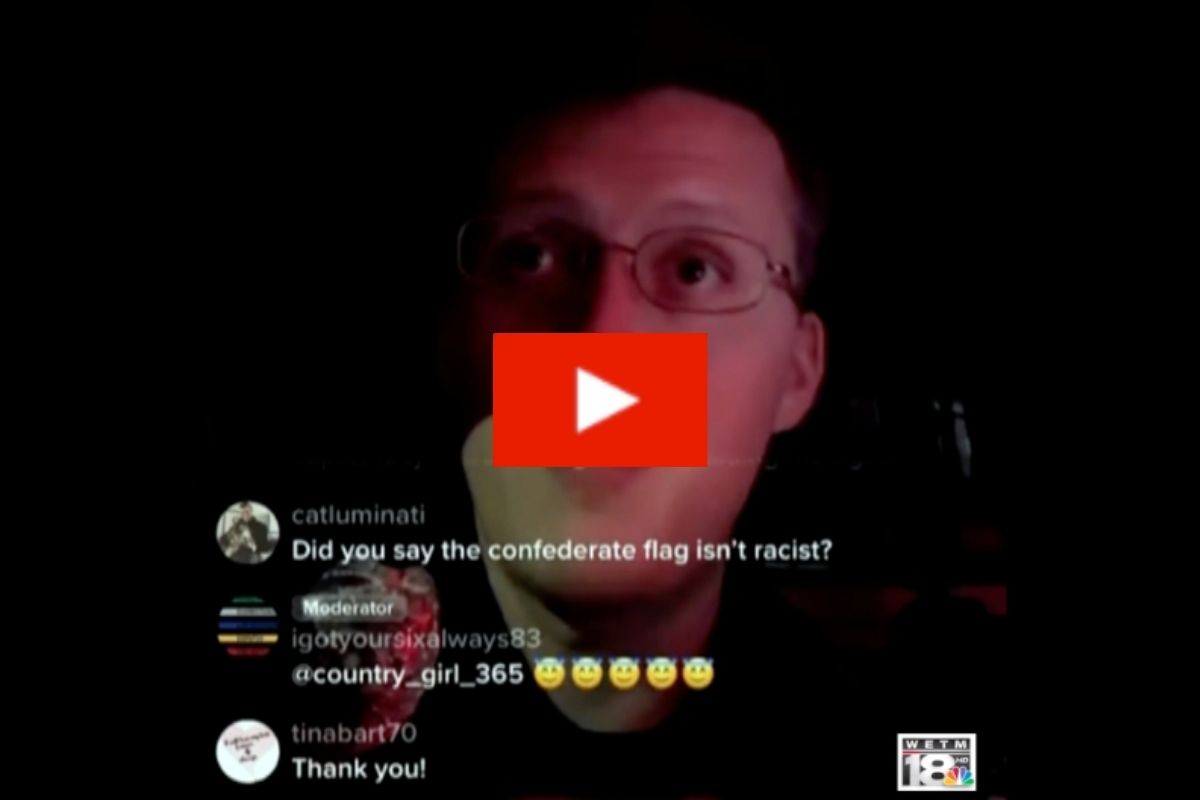 A police officer from Pennsylvania was suspended after he recorded a video of himself ranting in his police vehicle on the social media platform TikTok, about political statements concerning the Confederacy. Officer Brian Gossert boldly recorded himself on a live stream attacking Democrats and the LGBTQ community, while defending the Confederate flag. And all while he was in uniform on duty.

Gossert, an officer with the Mansfield Borough Police Department, said that the Confederate flag isn’t in fact racist and that it represents the South the same way the Union flag represents the North. He said, “No one says that the Union flag is racist. So why are we saying the Confederate flag is racist? Well, they fought against the North. So yeah, technically they fought for slavery, I guess you could say, but again, that’s been over 200 years ago. I think it’s time that people just, like, get the fuck over themselves. Because, if, if that’s true. If the symbolism behind that flag is still that hurtful now, then we should still hate the South. So, why hate them for something that no one is alive from anymore?”

He also explained why he believes Democrats are the “real racists,” saying that they started the Ku Klux Klan(KKK), and that, “They need to get the shit kicked out of them.”

And all while he’s filming his TikTok video, he apparently was also arresting a man who he inferred was high. He said, “Oh, fun stuff. This is why you don’t do meth,” right before the live stream ended. On Wednesday night, the Mansfield Borough Council suspended him for the “offensive videos” and made sure that the public knew that his views do not reflect their values. They said, “The Mansfield Borough Council is aware that a borough police officer posted offensive videos on a social media platform which were recorded and posted while he was on duty. The Borough Council is appalled and outraged by this conduct. The officer has been suspended and an investigation is proceeding. The views expressed in these videos do not reflect the values of the Borough government.”

However, Gossert is not even nearly concerned about losing his job as a full-time officer over the trending live video. He said that in the small chance that he was fired, all he would need to do is simply file a grievance with the union, and he would be reinstated.