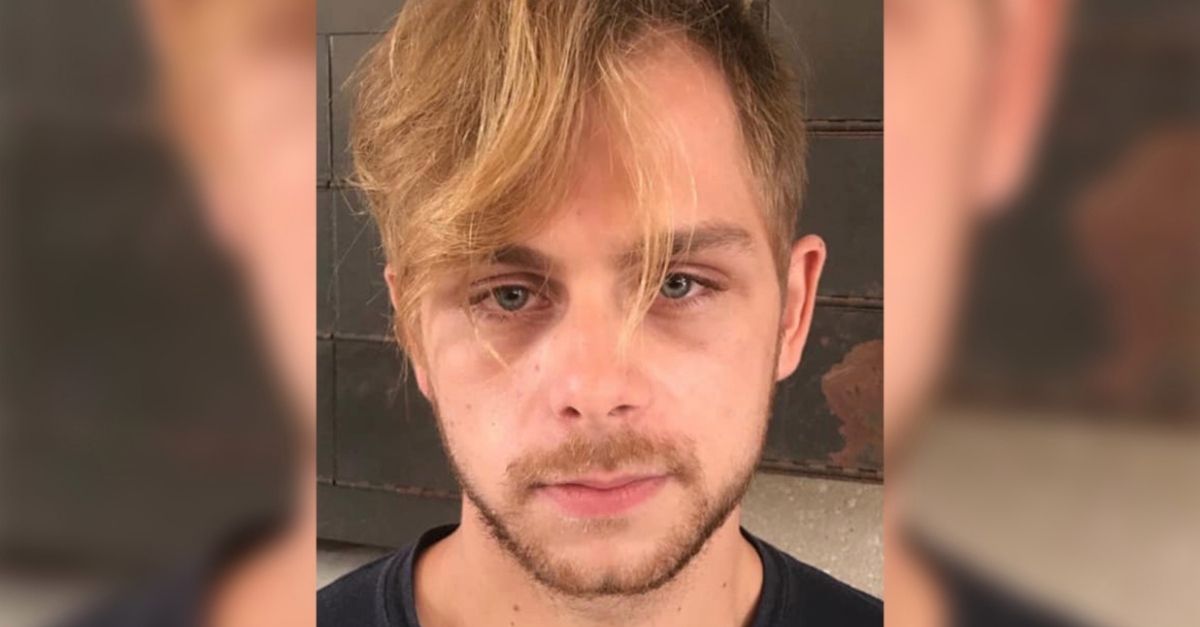 Editors Note: This article was originally published on September 10, 2020. It was updated after US Marshals confirmed the arrest of Brice Gage Watkins.

After asking the public for help in finding fugitive Brice Gage Watkins, US Marshals announced they found the suspect, who accused of sexually abusing a baby on film and distributing a video on social media. The 22-year-old was taken into custody Thursday by US Marshals in San Marcos Texas, according to the police department in Enid.

Members of the agency’s Lone Star Fugitive Task Force in Austin arrested Watkins at the home of one of his known associates. Watkins now faces multiple charges for the horrible crime he committed in Enid, including a felony count of distributing child pornography, a count for manufacturing child pornography, and three counts of lewd acts with a child under the age of 12.

The U.S. Marshal’s service News quickly released a statement after the 22-year-old’s arrest, thanking the public for their help. The statment read, “Our investigators just learned that fugitive Brice Watkins was taken into custody in San Marcos, Texas. You may recall Watkins was wanted for allegedly raping a 6-month-old baby, recording it, and distributing on social media. Members of the US Marshals Lone Star Fugitive Task Force received info that he was possibly hiding out at a residence in San Marcos and were able to take him into custody this afternoon. A big thank you to all of you who took the time to share this info…ultimately, it helped lead to his arrest. Great work by the Marshals and all other investigators involved with this case!”

Here is Brice Gage Watkins’ first picture IN CUSTODY after being arrested by U.S. Marshals in Texas. The 22-year-old is accused of sexually abusing a 6-month old.https://t.co/rv3Uiz6guR pic.twitter.com/jzU2Pwig2D

The US Marshals Service is currently looking for a 22-year-old Oklahoma man who is being accused of sexually assaulting a 6-month-old baby, recording the encounter, and sharing it on social media. According to authorities, Brice Gage Watkins may have been in the Oklahoma City area on Tuesday afternoon and has ties to Norman and Enid. The US Marshal is now getting involved after it’s been several weeks of Watkins’ whereabouts are unknown.

Authorities stated he faces a handful of felony charges for allegedly committing lewd acts to a child, manufacturing child pornography, and a felony count of distribution of child pornography. Enid News & Eagle reported one woman turned the videos of Watkins over to Oklahoma City Police department on August 11th, telling investigators that she recognized the child in the video and believed it was filmed in the victim’s home. Enid news reported she was a friend of the child’s mother.

US Marshals and Enid Police are searching for Brice Gage Watkins for sexually assaulting a 6 month old baby, recording it, and sharing the video. Call 911 if you know his immediate whereabouts or 4052357300 or https://t.co/aEQHa59OsX if you have info.

A second woman told police officers she had received the video along with a message reading “whose child is this?” The woman reportedly told investigators that they believe Watkins was the man who was molesting the six-month-old baby in the video. The Enid police department reported in mid-august that they believed their counterparts, Norman police, had taken Watkins into custody, but the suspect had turned out to be someone else. The Enid Police Department posted on their Facebook page asking for the public’s help in locating the Oklahoma man accused of sexual assault, writing, “help us lock him up” and urging anyone with information to come forward.

According to his social media and Facebook posts, he hails from Enid and resides in Oklahoma City. The man accused also studied and worked at the University of Oklahoma, graduation from Enid High School in 2017. He also previously worked as an assistant manager at Love’s Travel Stop. The 22-year-old was later terminated from a restaurant at the location in 2016.

The U.S. Marshals and the Enid, OK. Police Department are searching for a man accused of sexually assaulting a 6-month-old baby: https://t.co/Ljo6fsxX12

Tips can be submitted to the local Crime Stoppers at 580-233-6233 or the Enid Police Department at 580-242-700. You can also submit tips at OKCCrimeTips.com. In addition to its work with helping local and state authorities track down fugitive sex offenders, the Marshal Service recently took part in several high-profile operations to recover at-risk and missing children, some of who are victims by sex trafficking. You’re recovered more than two dozen children in the first three weeks of an ongoing operation that took place in Ohio last week and located 39 missing children in Georgia last month.