Bridge Collapses Live on Air as Reporter Stands Feet Away 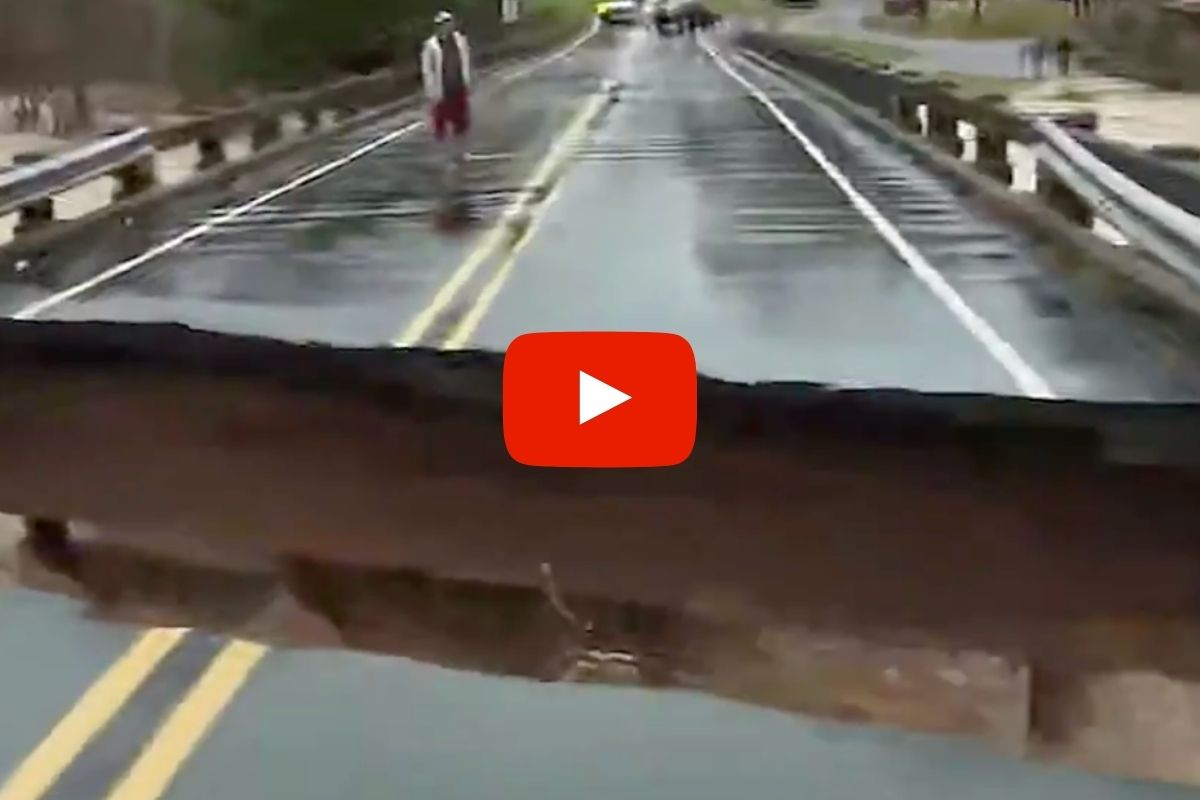 Oh my gosh, talk about a scary situation! A section of a bridge in North Carolina collapsed live on air, while a female reporter and a camera operator stood a few feet away. Yikes. I really don’t know how this reporter didn’t run while crying her eyes out. During a newscast for Fox 46 Charlotte, North Carolina reporter Amber Roberts, and Photojournalist Jonathan Monte were standing on a bridge to show viewers the impact of flooding in the area.

Footage shows Ms. Roberts kneeling down on the two-lane part of the bridge located in Alexander County showing how the road was slowly sinking in due to the torrential rain. She stated, “This bridge is literally sinking. Take a look at the ground, you can see it caving in.” As the camera moves away from Roberts to focuse on the flood of brown running flood water, the section of the bridge the reporter was standing in collapses.

Bridge Collapses Live on Air as Reporter Stands Feet Away

I am SO #thankful me and my @FOX46News #photojournalist, @JonMonteFOX46 are okay. I'm sending #prayers up to the people of #Alexander #County impacted by today's #flooding. pic.twitter.com/9KxABhpQyB

Luckily, neither Roberts nor the camera operator was injured during the scary incident, but man, that was a close one! You know what they say, you never know what will happen on live TV. This certainly proves that, no fake news here. Roberts went on her Twitter to update her followers on the situation and thank her news crew, posting footage of the close call. She tweeted, ?I am SO #thankful me and my @FOX46News #photojournalist, @JonMonteFOX46 are okay. I?m sending #prayers up to the people of #Alexander #County impacted by today?s #flooding.? The collapse comes as North Carolina has been hit with flash floods due to the heavy rainfall over the last few days. Authorities stated there have been at least three people who have died during the torrential rain.