Bloody Brawl Breaks Out Between 2 Women at Pizza Shop 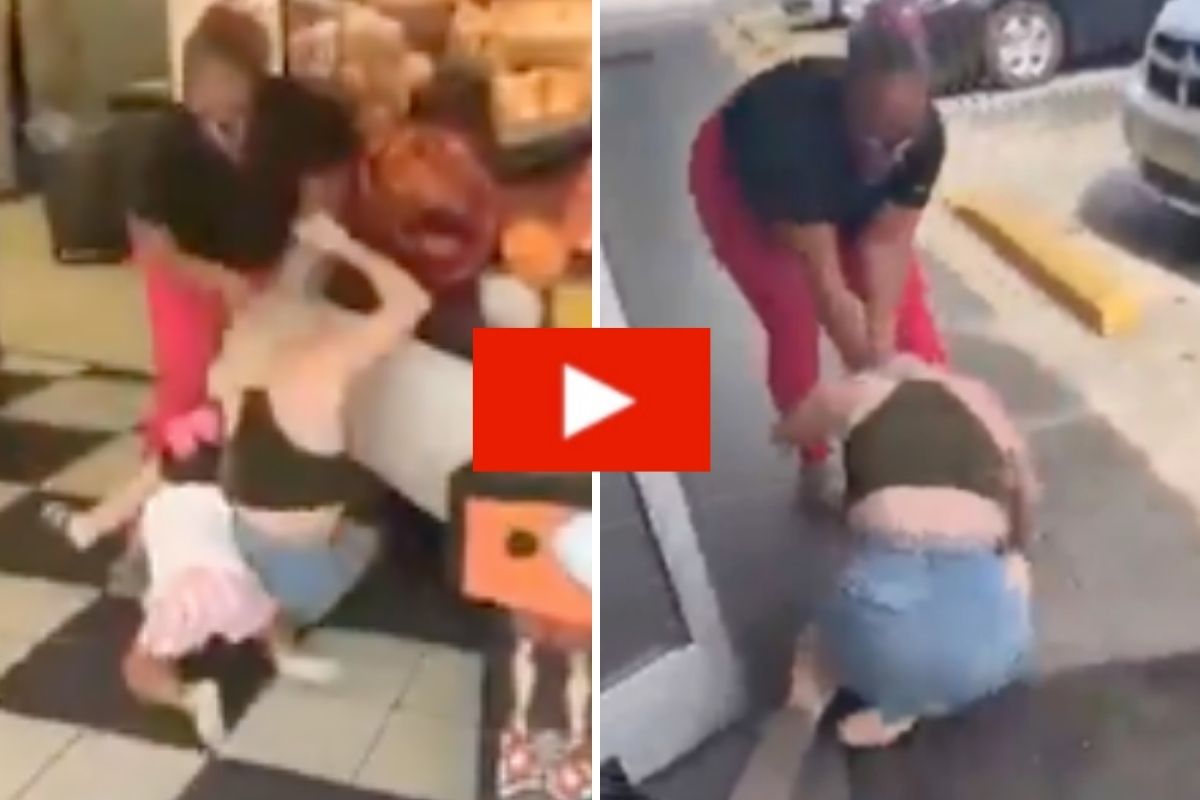 It’s not very surprising when we see a viral of some sort of brawl on the Internet. But that doesn’t mean the content isn’t refreshingly outrageous, even when we know what to expect when we hit the play button. And that’s exactly what you can expect in watching these two women absolutely throw down in a Little Caesars pizza shop.

Vicious Brawl Breaks Out Between 2 Women

In Augusta, Georgia, 25-year-old Brittany Breann Kennedy has been arrested on charges of aggravated assault, kidnapping and criminal damage to property, according to the NY Post, for beating the absolute crap out of 22-year-old Emily Broadwater. The video went viral after a cellphone recorded Kennedy pulling Broadwater’s chair from beneath her and landing punches while violently holding Broadwater’s hair.

What’s even more shocking is a toddler is seen crawling into the mess, and you hear a voice tell someone to take the baby out of the way. Broadwater is then dragged out of the fast-food chain by Kennedy pulling her by her hair, and Kennedy lands one more kick in the face before she walks away. Broadwater is screaming and asking about “her baby,” which presumably is the toddler that was pulled away from the altercation.

According to Sgt. William McCarty of the Richmond County Sheriff’s Office, although a motive is still not clear, the fight apparently started at a home and moved to the restaurant. Allegedly, Broadwater and Kennedy were fighting because Broadwater was in contact with the father of Kennedy’s children. A Little Caesars spokesperson to the Post, ?The safety of our crew members and customers is the most important thing to us. In any case, where a customer or employee is in danger, we advise our crew members to call the police immediately.?

Look at all the bleeps stand around and do NOTHING.
This animal deserves to be in a cage the rest of her pathetic life. pic.twitter.com/R77ijFpOnK

Some of the comments on the video that surfaced on social media were caught in between wondering if Broadwater had said something to Kennedy that led to Kennedy’s actions, but others were concerned that no one was actually helping separate the two. Instead, people were standing back, filming, getting ready to post what they had witnessed on what they probably thought was going to be a normal day.

In the midst of cancel culture, is there a way we can cancel being a bystander?