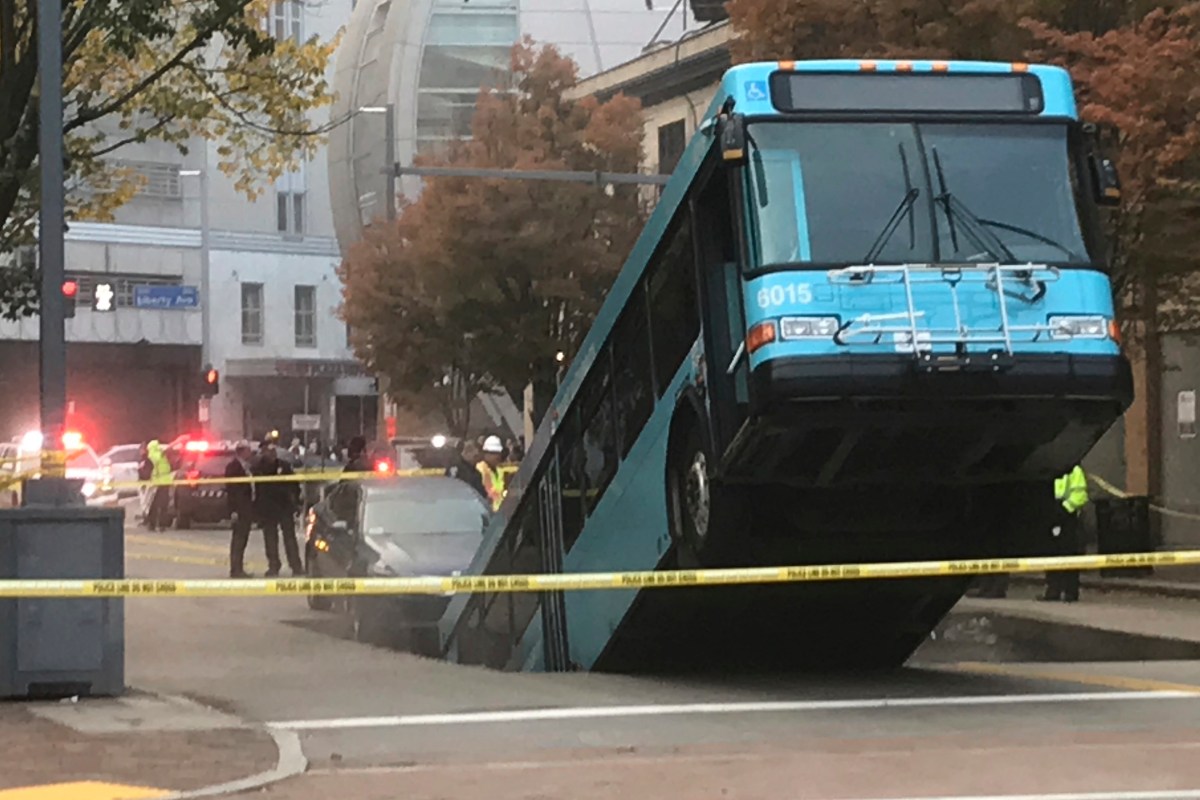 A group of bus passengers in Pittsburgh were (probably) momentarily convinced that either the world was ending or a supervillain was attacking the Steel City (I refuse to call it Title Town) when the public bus they were traveling on went nearly fully vertical as it fell backwards into a sinkhole that opened suddenly in the middle of the street.

Fortunately, there was no C-tier comic book bad guy terrorizing Pittsburg, but there would be few better ways to convince a person that something from the movies was happening than having their city bus essentially picked up off the ground and tossed into a hole. Your first thought in that situation would absolutely not be, “Whoa probably a sinkhole.” It would be, “OH GOD IT’S ALL ENDING WHERE IS IRON MAN!?!”

Whatever the first reactions of the passengers were, however, the important thing is that no one suffered any serious injuries and, according to the Port Authority of Allegheny County only one person sustained an injury at all, and it was minor. Pretty impressive when you look at that picture. It looks like everyone on the bus should have fallen out of their seats and all the way to the back/bottom of the bus.

Authorities say that the bus was stopped a red light when the sinkhole opened so the fact that the bus wasn’t moving probably helped prevent twenty people from breaking their faces on the metal standing poles in the bus as they fell downwards with the rear of the vehicle.

Really this just goes to show that no matter what, rush hour will always find a way to make your day miserable. Sometimes it’s a painfully slow driver you can’t pass, sometimes it’s a lane on the highway that was closed for seemingly no reason, and sometimes God opens up the earth and swallows your bus.