A string of stores may be staring down the barrel of bankruptcy in 2018 — is your favorite on the list? 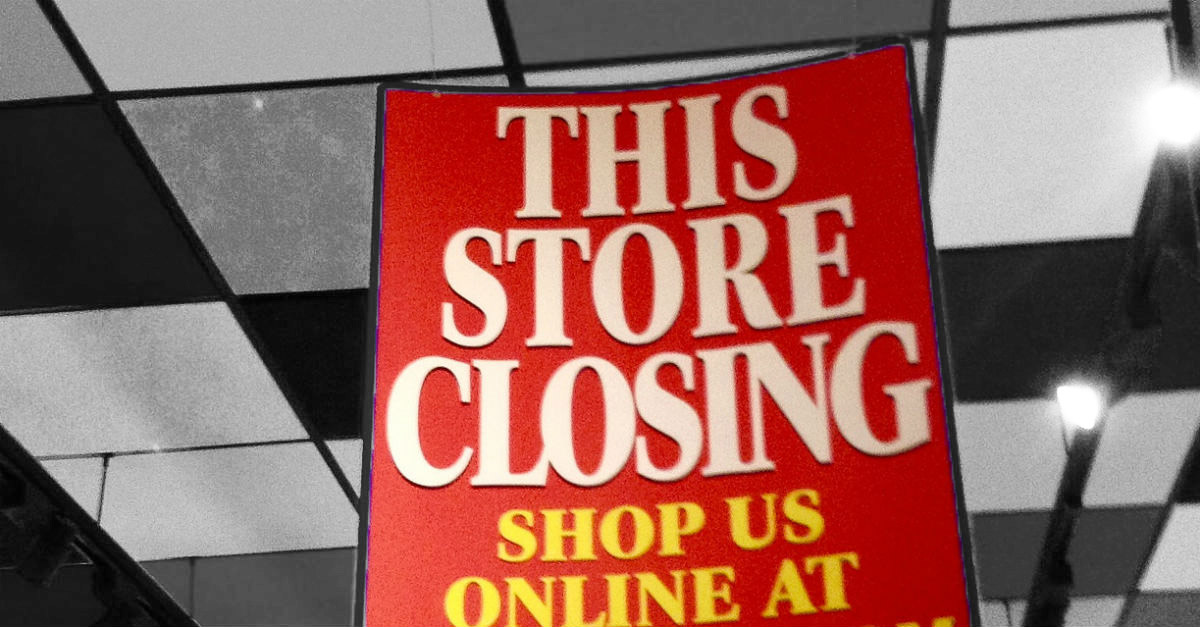 Brick-and-mortar stores are facing an uphill battle as online retailers continue to choke them off and 2018 might just be their worst year yet.

Business Insider spoke to business management and advisory firm SierraConstellation Partners about the upcoming year and its outlook was glum at best. The company’s CEO and founder, Larry Perkins, told the outlet that “landlords are panicking,” and added that “last year was pretty apocalyptic from a retail standpoint, and the macro issues haven’t changed. There will continue to be a high degree of bankruptcies and store closures.” And, looking at the numbers, it’s pretty easy to see how terrible 2017 was for retailers.

According to Cushman & Wakefield’s numbers, the number of stores closing their doors will only rise in 2018 and the firm even estimated that numbers could climb to over 12,000. Some retailers may even file for bankruptcy. Already, Walgreens, Gap and Payless have announced their intention to close thousands of stores in the coming months. Sears, Charlotte Russe, Toys R Us, J. Crew and J.C. Penney are all on the list of stores that The Motley Fool staff has tagged as possible bankruptcies.

RELATED: There may be a downside to the Subway $5 footlong that none of us ever considered

And as retailers begin to call it quits, America’s already dwindling collection of active malls is poised to get even smaller — leaving us with more of those eerie post-apocalyptic images of malls in a state of disrepair. The closure of their cornerstone establishments is a major problem for malls — as stores like Macy’s and J.C. Penny close up shop, the rest of the smaller stores are left trying to pick up the weight. One real estate firm provided Business Insider with estimates indicating that about 310 of America’s roughly 1,300 malls may be losing one of their biggest stores.

Christopher Jarvinen is a partner at Berger Singerman where he advises a number of high-profile clients including Simon Property Group, which recently bought Aeropostale out of bankruptcy. Though Simon is known for their malls, Jarvinen told CNBC, “the mall model is dead.”

And retailers aren’t the only ones feeling the pain. Some fast food restaurants are also struggling to make ends meet; Subway was forced to close almost a thousand stores in 2017.

Editor’s Notes: A previous version of this story misattributed the quotes in the second paragraph to real estate firm Cushman & Wakefield.