Fox Business host on the market: I’ve never seen anything like it in my 40 years on TV 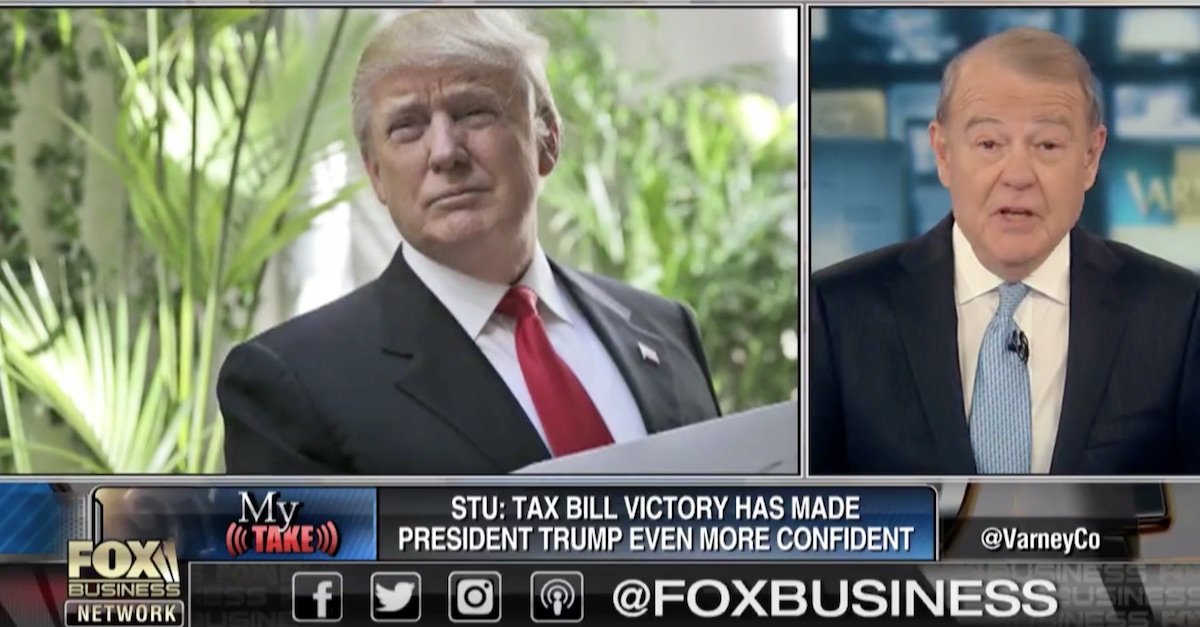 Fox Business host Stuart Varney exclaimed on his show “Varney & Co.” last Thursday that in his 40 years of covering money on television, he’s never seen anything like the market surge that’s happening now.

Varney began by saying that he sees President Donald Trump as “emboldened” since he signed the tax cut bill into law just like the market, which hit a milestone on Thursday never before seen.

The Dow Jones industrial average closed above 25,000 for the first time in its 121-year history, according to USA Today.

USA Today also linked rising stock prices to “economic recovery and optimism that the Republican tax-cut bill will provide a fresh boost for U.S. growth and help American companies make more money,” which has certainly been a feather in the cap of President Trump.