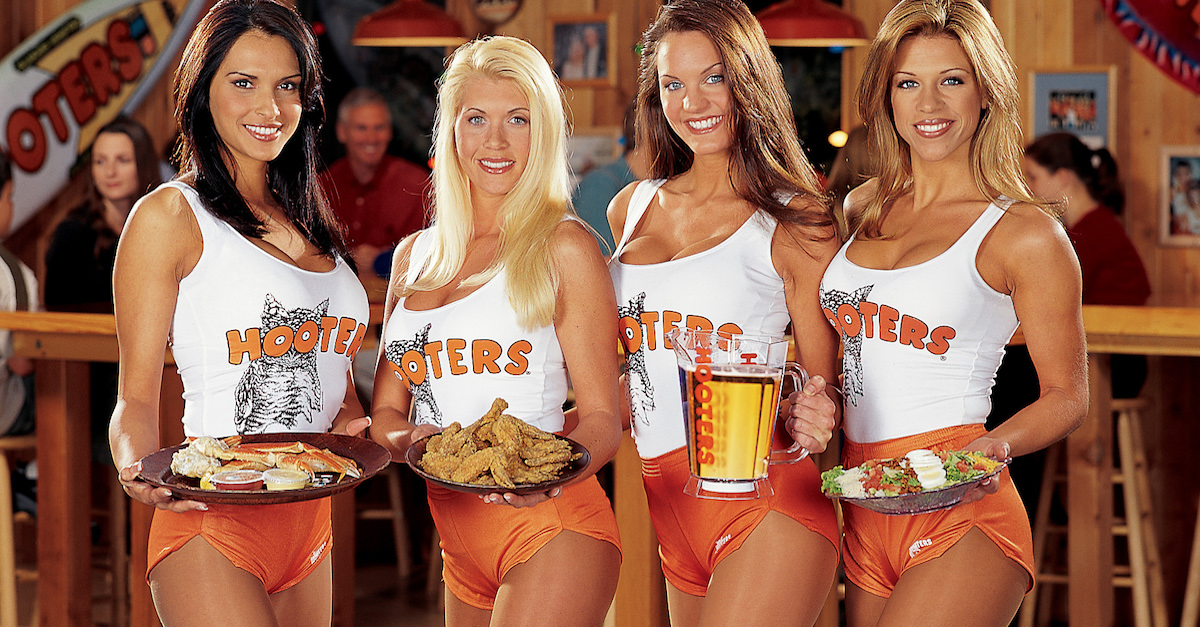 The wings restaurant with a reputation as a “breastaurant” known as Hooters is exploring new business initiatives as it realizes it will be impossible to remain competitive hoping that people will walk through its front doors.

RELATED: An iconic wings restaurant is closing locations across the U.S., and the slide may not stop any time soon

Chief Executive Terry Marks, the New York Post reported, talked up food delivery services at the ICR Retail conference in Orlando and acknowledged that many people wouldn’t be caught dead in a Hooters but would still eat the food.

Marks said that the company is focusing on delivery and pick-up orders and, as a result, has solved its polarizing branding issue.

?Many people wouldn?t step foot in our restaurants, but they want our product,? Marks said. ?Delivery [solves] the polarizing issue the brand has had.”

That’s why the restaurant has gone from having delivery or take out at seven locations to 96 in a year. We’ve talked about the Hooters-specific brand issue as it relates to industry-wide trends that show decline in dining out.

Between 2012 and 2016, Hooters lost 7 percent of its locations due to stagnating sales, according to a Business Insider report.

While the lack of appeal for Hooters may have something to do with a dip in interest in breast-related content among a younger crowd, a decline in dining out across the industry compounded the problem and forced the company to explore other options.

Food Newsfeed delved deeper into this problem in an article from 2016 headlined ?Are We Witnessing the Death of Casual Dining?? In that piece, the plight of ?mid-scale? casual dining establishments is explored.

Victor Fernandez, who tracks insights in the food industry for TDn2K, said that it?s obvious the ?percentage of brands that are positive is shrinking.?

?When you think about from recession until now, it?s all been negative traffic growth every year,? he says. ?It?s less and less guest occasions than what we had the previous year, so that?s the main concern for the chain restaurant industry.?

Fernandez said that since the recession these types of restaurants have been struggling to compete with others that have quicker service.

RELATED: This Seattle Subway can?t sell $5 footlongs because of big government ? and posted a sign to let customers know

?Quick service has been doing much better, and it has been doing much better for the last year or two. They?re able to drive some positive [comparable restaurant] numbers for both sales and traffic, so they?re in a much better spot,? he said. ?Full-service has been struggling a bit more, and within that, casual dining is really the sub-segment that is struggling the most. If you drill down a little bit more, it?s the bar and grill sector that?s really having the most trouble.?