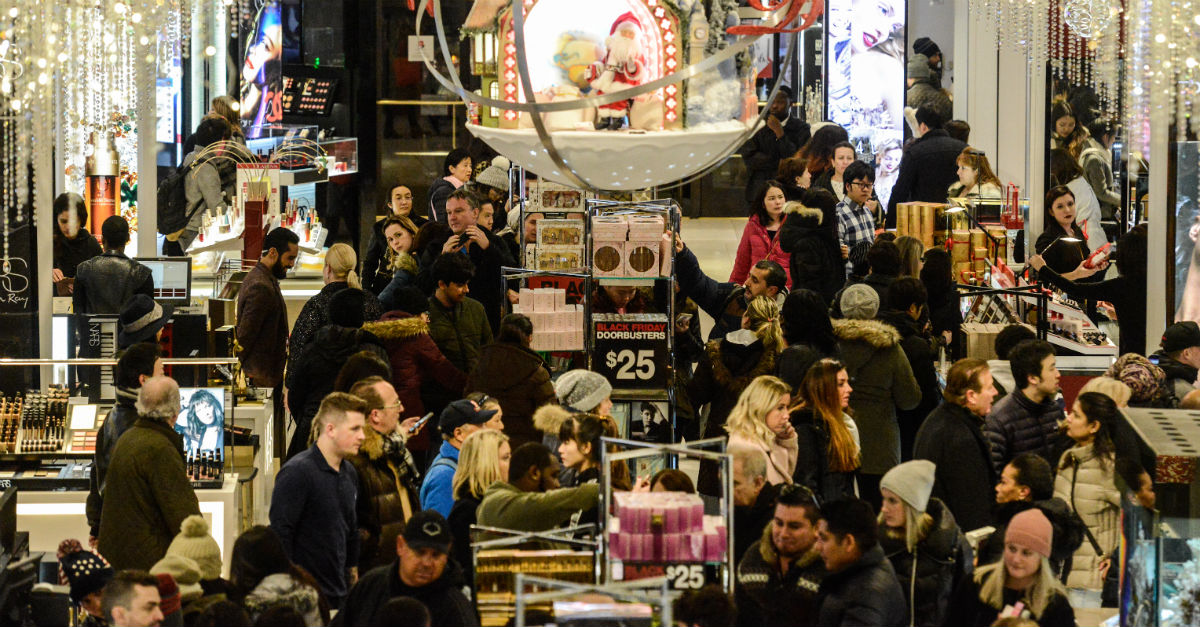 When the credit card machines went down at Macy’s on Black Friday, chaos was inevitable. In recent years, the day after Thanksgiving has become known not for the deals, but for the fights that ensue when shoppers rush for those deals.

The machines seemed to be down all over the nation and angry shoppers flooded Twitter with their complaints as Macy’s worked to get their systems running again.

Hey @Macys just left $300 of items on counter because your credit card machines are down at State St Chicago. Can't even look up Macy's account. What. A. Joke. #macys #blackfridayfail

It’s a particularly tough break for Macy’s which is almost the unofficial retail sponsor of the holidays. Their parade has been a staple for generations and every American of a certain age remembers watching “Miracle on 34th Street” in which Kris Kringle fills in for a drunken Santa at a Macy’s in Manhattan.

Hey @Macys I stood in line at ur Evansville, IN location this am for about 30 minutes while u had a credit card issue. It's like hitting the bad jackpot…I had the same thing happen to me on black Friday a few years back in Ft wayne, IN at ur store! #frustrating

In a statement to NBC, the company said “It is taking longer than usual to process some credit and gift cards in our stores, but we had added additional associates to the floor who are working to resolve the issue as quickly as possible.” The news outlet reported problems in Washington, D.C., Reno, Chicago, New York City, Richmond, San Diego and New Jersey.

The company eventually took to social media in hopes of calming the tempers of some customers, asking them to send direct messages.

RELATED: Black Friday shopper heads home with serious injuries after an intense brawl that was caught on video

CNN Money notes that Macy’s stock could have really used the boost from a blockbuster Black Friday; their revenue dropped 6.1 percent in the last quarter, which marks the 11th straight quarter in which they’ve experienced declines. A lot of that decline is probably due to customers moving online for shopping, but unreliable credit card machines definitely won’t help their image.

@Macys did you think black Friday was an ideal time to perform system maintenance? Interesting… pic.twitter.com/fmbQbbIyNh

This Black Friday has been no less eventful than those in previous years. Early in the morning, a brawl broke out in an Alabama store that caused the entire mall to shut down. Even more absurdly, four grown men were caught on video fighting over a toy car at Walmart.

But, like always, the holiday has been success for retailers with TechCrunch reporting $640 million in sales at 7 a.m. on the West Coast. Unsurprisingly a lot of that money changed hands online, and a large portion of transactions even occurred via mobile devices. Which means, that while shoppers may have hit the brick-and-mortar stores, they were still buying on the web. Early estimates showed that sales were up over 18 percent from 2016, so with any luck, retailers made out big; even though a few Macy’s locations are probably very, very disappointed.