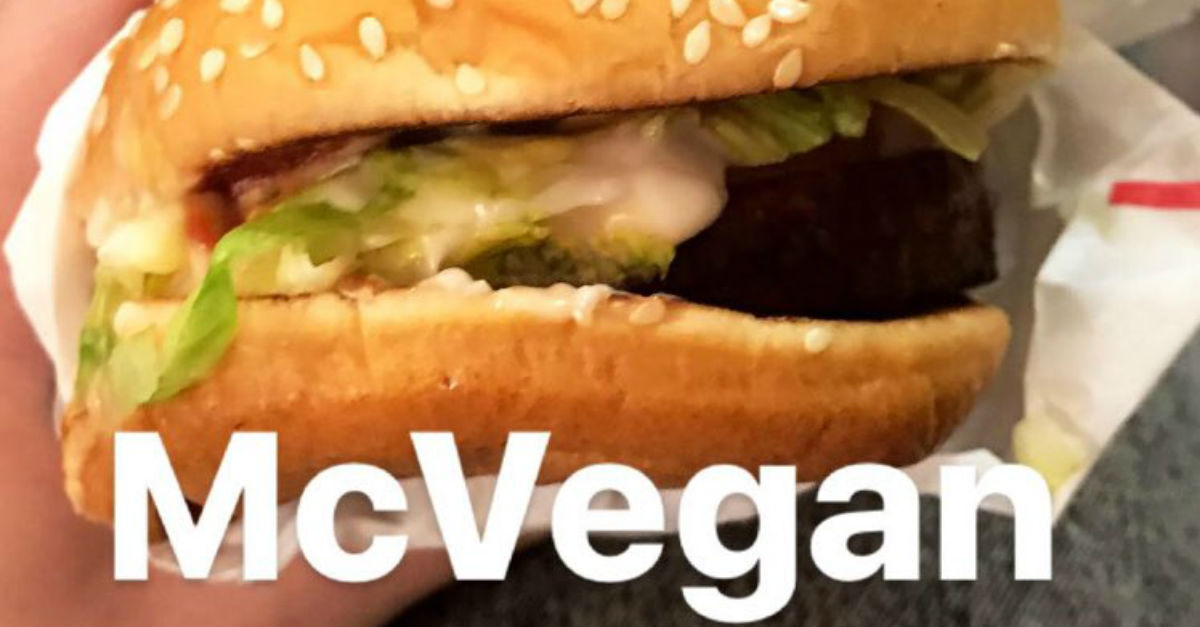 McDonald’s announced a vegan burger and the internet is pretty split on how to handle the news.

It was recently announced that McDonald’s would sell a meatless burger, aptly named the “McVegan.”

Been waiting my whole life for this “Can I get a McVegan Burger and a 20 box of chicken nuggets” https://t.co/EbUOenCtlS

Vegans were super down with the burger.

I'm #vegan, and I'd go to @McDonalds to order the #McVegan in a heartbeat (as long as the beef/dairy powder is removed from the fries). 👍Ⓥ🍔

I want this in my mouth https://t.co/EJwWCphW4B

"The McVegan, which is somehow simultaneously a no-brainer and a word that feels very, very wrong." https://t.co/zIYf6VSHjS via @people

"The fact that McDonald’s is finally entering the fray with the McVegan suggests that the meatless trend is here to stay." ummm

Others got straight to the point with their opposition.

McDonald’s is testing out a vegan burger called the Mcvegan.

That’s a hell Mcno from me.

But, there’s just one thing to consider: Vegans in America will have to fly to Finland for the burger.

If you want to try the McVegan, you have to go to the depths of Finland: https://t.co/GHrFZT8G8S pic.twitter.com/VdjVS1yZKj

"@McDonalds releases the McVegan in Finland."

Hubby: "Well I guess that settles where we're going on our next vacation." 🇫🇮🍔

RELATED: Person claims that marijuana doesn?t impair you ? and Twitter fired back immediately